At a press conference held today, 12 September 2012, at Scottish Ballet headquarters in Glasgow and online to media across the world, Chief Executive Cindy Sughrue and incoming Artistic Director Christopher Hampson unveiled forthcoming plans and aspirations for the future of the company.

“As Scotland’s national dance company we look forward to enriching, enthusing and engaging with communities, participants and audiences across Scotland and beyond,” said Artistic Director Christopher Hampson, who returns to his family roots in Scotland. “We may be the smallest of the national ballet companies in the UK, but like Scotland itself, we’re outward-looking and pioneering. Our size and approach means we’re adaptable, agile and able. We are excited to be working with a wide range of choreographers that will allow us to broaden the repertoire and produce new work in original ways. Commissioning new work always has been, and will continue to be, the lifeblood of our company.”

“Scottish Ballet is proud to be a cultural ambassador of a country with such a unique and exciting identity, and we look forward to further developing this through our work on the world stage,” added Chief Executive Cindy Sughrue. “We are in conversation with major international promoters and arts festivals, and we’re exploring innovative new ways to present our work. We look forward to revealing further plans soon.”

It was announced that, for the first time, Scottish Ballet will present the work of five-time Olivier Award-winning choreographer Matthew Bourne OBE – a coup that grants the company an exclusive license to Matthew’s Highland Fling in an unprecedented move by the choreographer. Inspired by La Sylphide, and with a wickedly wry contemporary Scotch twist, Highland Fling follows the antics of James – a young Scot with sex, love and rock-and-roll on his mind. On the eve of his marriage to his beloved Effie, his addiction to excess finds him in the fateful company of a beguiling gothic fairy who leads him on a downward spiral into a weird and wonderful world far from the realities of life on the mean streets of Glasgow. Scottish Ballet will tour Highland Fling across Scotland in spring 2013. Please see Editors Notes for full listings.

While Artistic Director Christopher Hampson’s primary role is to curate – composing repertoire from the widest field – his creative leadership will also see the company embark on a new way of storytelling that will embrace the imagination of the people of Scotland and beyond. Beginning in autumn 2012, Scottish Ballet will launch Hansel & Gretel, and Me: an exciting new project that connects creation to education and merges artistic expression with real life, giving communities the chance to participate in ballet in the broadest possible sense.

Scottish Ballet will work with schools, colleges, and partners including the National Galleries of Scotland, the National Library of Scotland, acclaimed author Louise Welsh and Forestry Commission Scotland amongst others to generate ideas based on the classic Hansel & Gretel themes of loss, fear, betrayal, family, and much more, stretching from past to present. Each aspect will come together to inspire the world premiere of Christopher’s first choreography for the company and the first ever large-scale professional, full-length ballet production of Hansel & Gretel. Touring to Glasgow, Edinburgh, Aberdeen, Inverness, Belfast and Newcastle in winter 2013/14. Hansel & Gretel promises a deliciously surreal, mouth-wateringly inventive festive treat that offers, in true Scottish Ballet style, a magical and innovative twist on one of the most famous fairytales of all time. Please see Editors Notes for full listings and a detailed breakdown of the Hansel & Gretel, and Me project.

Plans to engage with choreographers both new and established (all with an exciting, visionary dance vocabulary) were further revealed to include a number of significant female voices: California’s Helen Pickett – ex-dancer with Forsythe’s Ballet Frankfurt and a choreographer renowned for her energetic, yet poetic creations; Canada’s award-winning Crystal Pite – Associate Choreographer of Nederlands Dans Theater and Artistic Director of Kidd-Pivot, an inter-disciplinary performing arts company based in Vancouver; and Royal Ballet Soloist Kristen McNally – an exciting, fresh and cutting-edge choreographer in ballet whom the term ‘indie ballet’ could have been coined as she uses contemporary music and cultural references to engage young, new-to-ballet audiences.

Scottish Ballet also announced that it was to be among the first to commission a brand-new work from 22-year-old London Contemporary Dance School graduate James Cousins, the winner of the inaugural New Adventures Choreographer Award, set up by director and choreographer Matthew Bourne OBE, and co-judged by Scottish Ballet’s new Artistic Director Christopher Hampson.

Scottish Ballet further revealed that it would continue to broaden its repertoire of established, classic and contemporary masters with future acquisitions including amongst others an additional work from Sir Kenneth MacMillan. The company also expressed further intentions to pay respect to the visionary talent of its founding Artistic Director Peter Darrell CBE with the re-introduction of significant Darrell works into the repertoire, revealing that it has recently restaged sections of Darrell’s Chéri for a special BBC Scotland documentary to be shown later this year commemorating the 25th anniversary of the choreographer’s death.

Scottish Ballet also announced future plans to develop creative workshops that will allow the company to work with a number of artists and innovators across diverse platforms, as well as professional development and choreographic opportunities for the dancers of the company and the wider dance community. Future hopes to re-establish Scottish Ballet 2 (SB2) – a smaller offshoot of the professional company – were also outlined in what could be an extraordinary opportunity to work for a year ‘under the wing’ of the national company, sharing learning and performing in a route to further establish Scottish Ballet’s connection with the dancers and choreographers of the future. Artistic Director Christopher Hampson stated that he was looking forward to developing a closer relationship with the BA Modern Ballet of the Royal Conservatoire of Scotland, by engaging students in opportunities to work with visiting choreographers and teachers at Scottish Ballet. It was also announced that Scottish Ballet, in partnership with the Royal Academy of Dance and the Royal Conservatoire of Scotland, will present the Genée International Ballet Competition in Glasgow in 2013 from 20- 29 September.

FIND YOUR FEET
This autumn/winter Scottish Ballet will visit seven areas of Scotland with Find Your Feet – a project designed to bring the company’s activities to community participants of all ages and abilities.

THE NUTCRACKER
Conceived by Ashley Page and Antony McDonald
Music: Tchaikovsky, performed live by the Scottish Ballet Orchestra
An enchanted dolls’ house, an evil governess, and a nutcracker who may just be a handsome prince in disguise – this winter, prepare to enter a magical new world with Scottish Ballet.

Highland Fling was originally produced in 1994 by Matthew Bourne’s New Adventures. A new addition to Scottish Ballet’s repertoire; this marks the first time that the choreographer has given exclusive performance rights for a full-length work to another Company.

Hansel & Gretel, and ME is a revolutionary creative project inviting participants of all ages from across Scotland to engage with their national dance company, with the potential for them to help shape Scottish Ballet’s new production of Hansel & Gretel. Community participants aged from 5 years to senior years will have the opportunity to express their own ideas of what Hansel & Gretel means to them through creative writing programmes, a serious of cross-generational dance performances in woodland areas and a visual art competition.

Beginning in autumn 2012 creative writing workshops relating to Hansel & Gretel’s themes will take place in schools across Scotland reaching 1180 children, and a creative writing competition will be organised by Scottish Ballet in collaboration with the National Library of Scotland. Classes in partner schools will have special workshops with a dance artist and a storyteller before children write their own individual stories. Competition entries will be judged by Scottish Ballet’s Artistic Director Christopher Hampson, representatives of the Library. Whilst there will be winning stories, a range of themes and ideas that arise from all entries will feed directly into the creative process for the ballet. All teachers’ resources will be hosted by Scottish Ballet on GLOW, an online space to share ideas and chat.

An adult creative writing competition will be judged by Christopher Hampson and acclaimed author Louise Welsh. Winning entries will have their story published in a national newspaper and will receive a master class in creative writing with Louise Welsh, plus tickets to see the new ballet and a tour backstage.

Visual art workshops and a student competition will be launched in collaboration with the National Galleries of Scotland. Children in participating schools will learn about paintings from the Galleries’ collections before making their own pictures drawing on themes from the Hansel & Gretel story. Thewinning artworks that will be used as a stimulus during the design process, with the production designer Gary Harris and Christopher Hampson judging the awards. Winning entries will be displayed at the National Gallery of Scotland in summer of 2013 and winners will receive tickets to see the new ballet.

Beginning in early 2013 Scottish Ballet, in conjunction with the Forestry Commission and regional dance agencies, will facilitate week-long creative Woodland Workshops – where community dance groups in Dundee, Edinburgh, Glasgow, Aberdeen, Inverness and Stirling will explore themes from the Hansel & Gretel story. Young people will work in local woodlands researching and exploring outdoor-focused tasks to create their own site-specific performances.

In July 2013 there will be a two-week summer school, delivered in partnership with The Citizen’s Theatre, for children aged 6 to 8 years exploring the themes from Hansel & Gretel. Sessions will be led outdoors in urban green spaces The Hidden Gardens and The Rose Garden in Glasgow and will include creative dance, live music, bush crafts and drama.

There will be a two-day choreographic lab for young people aged 14 to 18 years. They will create short works exploring themes from Hansel & Gretel. Hothouse has been designed to give young dancers the chance to improve their choreographic skills and expressive ideas, with mentoring from key creators in Scotland in partnership with YDance. This lab will allow Christopher Hampson the chance to observe these young people responding immediately to themes for Hansel & Gretel.

Following on from this activity Christopher Hampson will realise his vision of harnessing and connecting the creative and imaginative voices from across the generations in making this new Hansel & Gretel – his first full-length choreography for Scottish Ballet. Working with designer Gary Harris, Christopher will draw out the common threads and images that emerge from the grassroots programme. This collective vision will inform each aspect of the new ballet, bringing them together into a single coherent work.

The culmination of this ambitious project will be the opportunity for 15 gifted, young dancers in each location to work directly with Christopher Hampson and perform alongside the full Scottish Ballet company, in the final production. 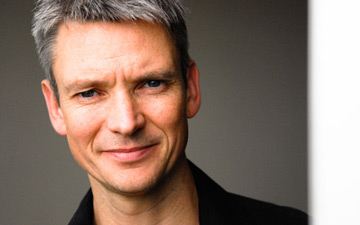 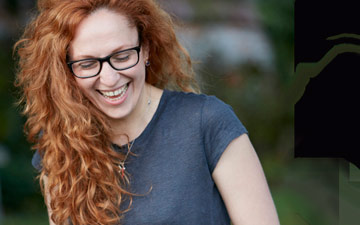