Well, the set is spectacular, by the ever-resourceful Steven Scott. Perhaps Igor Zelensky and Sergei Polunin had simply seen stills of Peter Schaufuss’s Midnight Express when they agreed to appear in the ballet. Their poses for publicity photographs certainly looked searing – an anguished youth in the grip of his sadistic jailer. (currently to be seen here. Ed)

But when they arrived to learn the choreography, they must have realised this was no Manon for men. Back in Moscow, the Stanislavsky Ballet, directed by Zelensky, is to stage its own production of MacMillan’s Manon, having just performed Mayerling, with both men alternating in the leading role. They should have known that Schaufuss is no MacMillan (and doesn’t claim to be). He’s a showman. He can outline a story in bold strokes and basic steps: he doesn’t do psychological insight.

The impact Midnight Express made as a film in 1978 (directed by Alan Parker, script by Oliver Stone) was due to its unremitting violence. Movies have got far worse since then. Based on the true story of Billy Hayes, a young American incarcerated in a Turkish prison, the film demonised his jailers and the Turkish legal system. Hayes has striven to set the record straight, most recently recounting what really happened for a TV documentary in 2010. He appeared on stage at the Coliseum, alongside Schaufuss, to give his blessing to the ballet – which is in fact 13 years old.

Zelensky and Polunin could have discovered what the ballet was like before they walked out. Schaufuss has recast it with his own dancers, claiming that Johan Christensen, Polunin’s understudy, had learnt the role of Billy in just three days. Really? To his credit, 20-year-old Christensen, lithe and angelically blond, is a plausibly naïve victim of a brutal (nonspecific) regime. Billy has to survive beatings, torture and the deaths of fellow inmates before he miraculously escapes to freedom.

His sufferings are as elaborately choreographed as a wrestling match filmed in slow motion. The guards who do the beatings-up stomp robotically to a 70s disco beat to show how dehumanised they are. There’s even a ‘sardonic’ routine with chairs, reminiscent of Christopher Bruce’s Swansong, in which vaudeville was used to grim effect. No so here. Schaufuss’s tone is as unreliable as his use of music – Giorgio Moroder’s film score intercut with bleeding chunks of Mozart.

Inmates of both sexes, dressed in Diesel jeans, exercise aerobically in the prison yard, using the bars as support for leg stretches and grands battements. The women crouch and hop on pointe; the men flail their arms and leap splay-legged. Billy’s two best mates, danced by Stefan Wise and Daniel Cardoso, get solos of high kicks and lunges, and  a duet with their own angel of death (female). Wise carries his angel off cradled in his arms, which is surely the wrong way round.

Billy has two visitors for poignant pas de deux: his father (Wayne Eagling) and his girlfriend Lily (Simona Marsibilio). Eagling is rather good, caught up in his anguish for his repentant son – lots of grappling – and lamenting his inability to challenge the unjust regime. The father-and-son scene carries the ballet’s only real charge of emotion. Billy’s encounter with Lily is a plot device for a bit of sex and a hand-over of money to buy his freedom.

The most effective set-piece comes at the end of Act I, when the prisoners avenge themselves against a snake-hipped informer (Juan Rodriguez). They swarm like insects, drag in metal tables, bang their tin cups and create convincing mayhem. The climax comes when Billy, atop the table, bites off the informer’s tongue in a spurt of gore.

I had assumed that the Zelensky role of the truly evil interrogator, Hamid, would emerge in Act II. But it turned out he was there all along, short and unremarkable. The same could be said of the threatened oral rape that sends Billy into a murderous frenzy. Did it happen? In what way was Hamid’s death supposed to be an accident? How does Billy escape? The ballet’s dramatic conclusion is botched. In place of a break for freedom, Billy performs a solo of soulful arabesques, courageously done by Christensen, to an amplified bit of Mozart’s Requiem. He is joined by the prisoners as a heavenly host in white outfits and a golden glow. But Billy’s not going to heaven. He’ll make his way to the USA: the others won’t.

I doubt whether Zelensky and Polunin could have saved this Midnight Express from overblown banality. Its sole strength is Scott’s versatile set, atmospherically lit by Scott himself to suggest contemporary layers of hell. Credit must go to the performers for inhabiting it with conviction. 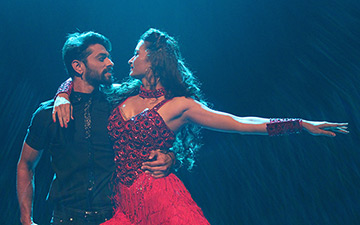 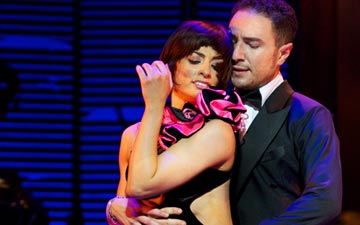