New York has waited seven years for the return of Miami City Ballet. We’ve caught glimpses at the Fall for Dance festival, but now we are getting the full company, under new direction, accompanied by an orchestra, and performing a full complement of ballets: Balanchine’s Serenade, Symphony in Three Movements, and Bourrée Fantasque; Alexei Ratmansky’s Symphonic Dances; Justin Peck’s Heatscape; Twyla Tharp’s Sweet Fields; and Liam Scarlett’s Viscera. That’s quite a list, and on the evidence of the opening program – Serenade and Symphonic Dances – this is likely to be a memorable run.

This town knows Serenade through and through. Balanchine’s first American ballet returns to New York City Ballet at regular intervals, functioning as a barometer of the company’s state at any given time. New, up-and coming dancers cycle in and out of the principal roles, leaving greater or lesser impressions. And yet, Miami City Ballet did not suffer in comparison. The dancers seemed to completely own the ballet; this was true through the ranks. The beautiful and complex ensemble passages, full of interweavings, latticed patterns, and shifting figures, were as compelling and alive as the passages for the principal women. In fact, the great circle of women turning and turning, skirts flying, was as exciting as I have ever seen it.

All night, the company danced with a sense of common purpose that is rare in ballet. You felt the power of the company as one, as opposed to succumbing to the impression of this or that dancer. It is a testament to the leadership of Lourdes López (who took the reins in 2012), and the vision of Edward Villella before her. If this slightly dulled the impact of the soloist parts, so be it. This was a performance fueled by drive and amplitude across the ranks, particularly in the pliant and generous use of the upper body – exciting when coupled with fleetness of foot. Not to mention a thrilling musicality and through-the-body energy in each step. Nevertheless, there were standouts, particularly Nathalia Arja, who danced with uncommon fearlessness in both ballets. In Serenade, she was the jumping girl, the woman who flies across the stage in a volley of jetés, the leader of the pack in a series of traveling hops in arabesque. More than once, I thought: she’s actually flying. In Symphonic Dances she was, if possible, even more electric.

Symphonic Dances, made in early 2012 (when the company was still under the direction of Edward Villella), is immediately recognizable as a Ratmansky ballet, almost a compendium of Ratmanskyan themes. Set to Rachmaninoff, it falls squarely into his “Russian” mode. (Like the Shostakovich Trilogy.) A looming sense of danger, and heroism, a shifting landscape of power and emotional connection – all of these ideas are woven into the choreography and its many narrative threads. Nevertheless, it’s less coherent than the Trilogy, more shifty, less easy to pin down. Each of its movements seems to point in a different direction.

In the first section, a man (Kleber Rebello) with a red mark on his back seems to be fighting for survival, at times protected and at other times controlled by another man (Renato Penteado). The two dance close together – their physical proximity is almost claustrophobic. Other dancers watch, whirling around them likes flocks of birds or spies. A woman (Jeanette Delgado) fights through the crowd to reach him, but they are eventually pulled apart.

The second section, dominated by an ominous waltz – one can’t help but think of La Valse – is centered on two women (Delgado and Tricia Albertson) enveloped in ravishing blue clouds of tulle. The jewel-like tones of the costumes, by Adeline André and Istvan Dohar, add immeasurably to the dance’s mysterious beauty. The two women are set apart form the others. But the ensemble too is in a constant state of change. Unity and harmony are non-existent. Most of the time three or four things are happening at once. You want to watch them all. The two women, who are almost like doubles, protect each other, but are also rivals. At one point, one pushes the other to the ground; later she caresses her. They hold hands, embrace. This emotional ambiguity is typical of Ratmansky – his view of humanity, even the humanity represented within the idealized world of ballet, is complex. 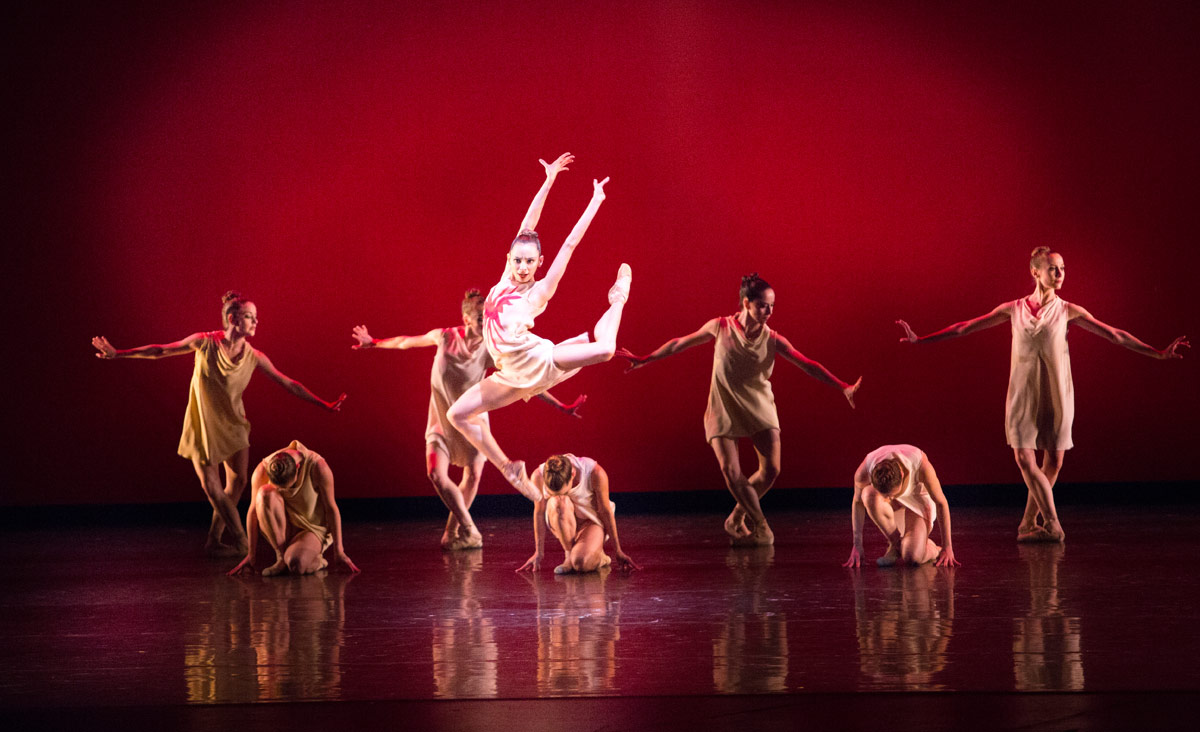 The third movement, led by Arja, is fast, heroic, staccato. It builds and builds, like the crescendo to the end of a bull fight. Ensembles of men and women criss-cross the stage, as if running for their lives. Bodies are hurled through the air. Arja is a herald, a messanger, flying everywhere, calling out the troops. (Ratmansky made Symphonic around the time he was creating Golden Cockerel for the Danish Royal ballet; could there be a connection between these two bird-like roles?) I couldn’t decide whether I was watching a battle or a bacchanal, but I found myself holding my breath, moved by the energy and vitality of the choreography, and the fervor and joy with which it was being performed.

This is dancing that makes one hungry for more. 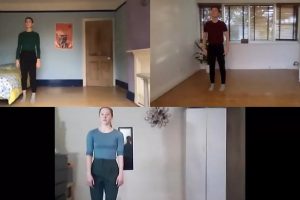