The great joy of seeing English National Ballet’s opening Nutcracker was its leads – Daria Klimentova and Vadim Muntagirov. Theirs is one of those rare partnerships of much admired ballerina, generally assumed to be nearing the end of her career, and young dancer, fresh from school and of incredible promise, and in which the two great parts add up to an even greater whole of absolute togetherness and trust. Goodness knows how long they will continue but close inspection shows not a flicker of age from Klimentova, and Muntagirov has now pretty-much fully inherited the Thomas Edur role of perfect prince, a prince who dispatches the technical work with gusto and without cheesily or triumphantly drawing attention to his considerable accomplishments. So joy all the way and, the performance done, Muntagirov was promoted live on stage by new Director Tamara Rojo to the highest rank in the company – Lead Principal (the rank used to be known as Senior Principle). A pleasant surprise, but in fact no surprise at all – it was only ever a question of time.

Having bagged yourself a couple of world-class leads, this Nutcracker, by ex-Director Wayne Eagling, shows you more of them than most. It essentially unites the roles of Clara and Sugar Plum Fairy and gives the Prince equivalently more to do as well. Just as with her Juliet, Klimentova looks perfectly at home as the young girl, who in this case goes on to dazzle us in a dream later. But really my heart’s not in the doubling-up and changes – I want a Clara that knocks the Mouse King out with a swift blow to the head from her shoe and to see her full of wonder in the Land of Sweets with dancers of all nationalities performing for her. But I don’t think many in the audience were too perturbed at a production that looks lavish with late Victorian style – particularly the costumes. Peter Farmer, as designer, on form there if not so impressive in the lacklustre tree transformation, and the badly-motorised/proportioned Nutcracker doll feels totally wrong. Eagling, like Derek Deane in his 1997 production, also picks up on some of the darker aspects of Nutcracker though if a bondage Arabian dance was really ever lurking in there to be discovered I’m not convinced. Another oddity was seeing the Mirlitons as a duet although wonderfully danced by Ksenia Ovsyanick and Fabian Reimair.

If the leads set the tone, the company was pretty much in full support, from the corps de ballet Snowflakes up, and I always get this feeling of extra togetherness on stage, forged from much rehearsal and the various combinations of soloists really working harmoniously together – not something one sees as regularly at the Royal Opera House as one would like. The Spanish dance with Nancy Osboldeston, Adela Ramirez and Daniel Kraus was a particularly sharp delight and the Chinese, led by Shiori Kase, sparkled with wit and fun. Fabian Reimair’s Drosselmeyer well captured the air of mysterious command over all and Jane Haworth did her fussing mother – a mother you can totally believe in. If not perfect, it would be bonkers to bring in a new production for at least 10-20 years – it’s good-looking and, like all those Nuts before, stretching back to 1957 indeed, it sells to an appreciative audience and provides rising and risen stars good opportunity to strut their stuff. That’s good enough when they are of the standard English National Ballet displays as a company. 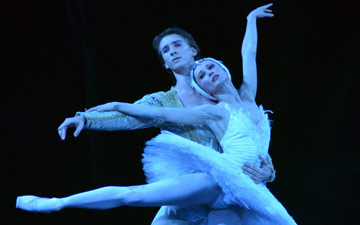 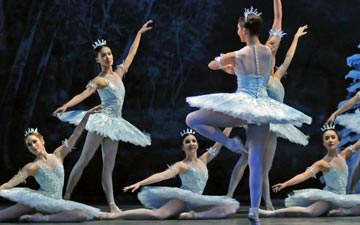 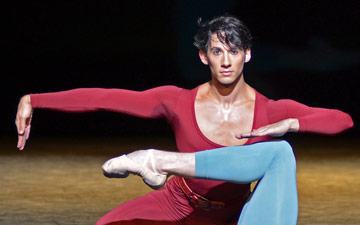