Anna Rose O’Sullivan and Marcelino Sambé have frequently been cast together ever since their Royal Ballet School matinee performance in Romeo and Juliet. They made their professional debuts in the roles in 2019; this year, she has joined him as a principal dancer in two performances of Kenneth MacMillan’s ever-popular ballet, with cinema screenings in February.

Their rehearsals have been coached by Leanne Benjamin and Edward Watson, who have plenty of experience of performing the ballet. But however valuable coaching advice may be, what matters is the freedom to interpret the roles on stage (and on screen), convincing the audience that Romeo and Juliet are youngsters experiencing love for the first time. Sambé, who has been an outstanding Mercutio, dials down his virtuosity in order to portray a Romeo in thrall to O’Sullivan’s Juliet. A giddy boy in the Act I crowd scenes, he is thunderstruck by his feelings for her. O’Sullivan’s Juliet is ardent, enjoying the heady sensation of being in love until fate turns against her.

She starts out as a frisky adolescent, prepared to accept her parents’ arrangements for her coming-out ball and engagement to Paris, the handsome man (Noel Edmonds) they have chosen for her. She is keen to display her skill at dancing with him until she encounters Romeo. She can’t wait to be alone with him, swiftly infatuated. Naively, she ignores family warnings and ballroom etiquette, assuming that her excited pleasure is all that matters.

Sambé’s Romeo is overwhelmed by her eager response in the balcony pas de deux. She pulls his hand onto her breast, swoons into his arms and skitters around him. O’Sullivan executes MacMillan’s choreography too explicitly for a girl being overtaken by her feelings. She spells out the steps and makes beautiful shapes as Sambé lifts her. Only when they come to the kiss does she seem unexpectedly moved. In the Act III bedroom scene after their night together, her distress that he must leave is extravagant, backbends calculated to the nth degree, arms flung up for the best effect. Returning to the role after several years’ gap, O’Sullivan seemed too well prepared for her Friday performance. By the recorded performance, the choreography should seem the inevitable expression of Juliet’s emotions.

In the final scene, both she and Sambé were convincingly caught up in the tragedy. Clumsily, he lugged unconscious Juliet around the Capulet crypt, refusing to accept her apparent death. O’Sullivan stabbed herself without hesitation, unable to live without him. Agonisingly, she clawed her way back to his body to reach for his hand. Theirs is a fine partnership, just needing to rediscover their spontaneity in the roles they dance so well.

James Hay’s interpretation of Mercutio is very much his own. Instead of being a provocative troublemaker, he is an elegant, sardonic young nobleman. He has no respect for Thomas Whitehead’s Tybalt, the Capulet family’s enforcer who is not even a good swordsman. Outraged at being stabbed dishonourably in the back by Tybalt, Mercutio compels Romeo to avenge his death. Whitehead’s thuggish killer experiences no moment of shame, unlike some interpreters of Tybalt. He deserves to die unmourned by anyone except Lady Capulet – Kristen McNally, admirably dignified in her grief instead of overacting hysterically. She is sympathetic with her daughter, perhaps understanding her reluctance to marry an entitled suitor she doesn’t yet know. Gary Avis’s Lord Capulet is harsh and unforgiving, even striking Romany Pajdak’s Nurse to the ground. She is Juliet’s source of unconditional love, unable to protect her headstrong charge. Very endearing is her offer of the comfort blanket, the green silk cape, with which she covers Juliet’s shoulders, knowing how much she needs it. O’Sullivan, an excellent runner, flies it behind her as she seeks Friar Lawrence’s help and cradles it as she takes the potion. Juliet is both child and woman.

The Royal Ballet is performing MacMillan’s ballet this season with verve and commitment, happy to be dancing instead of showing signs of staleness, as they have in the past during long runs of Romeo. Covid precautions have been a challenge, entailing unscheduled cast changes and unexpected debuts. The production is in good hands and in good shape, as audiences will see when it is screened in cinemas worldwide. 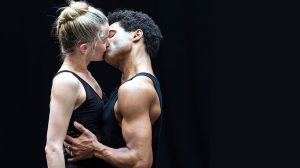 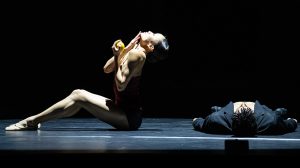 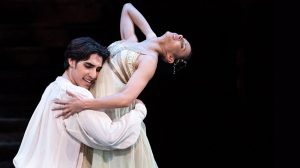 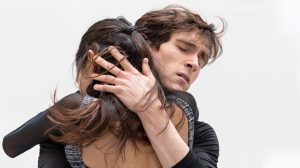