One of the great pleasures of a summertime Fringe Festival, and more especially so this year with the warmest February on record, is to attend out-of-doors performances under starry skies on a balmy evening. Nothing could be more delightful than a relaxing hour watching the Wet Hot Beauties conjuring up an aqueous version of Swan Lake in the azure waters of the Parnell Baths

As in the classically staged ballet, the three act Swan Song production features two star-crossed young women, the swan maidens Odette and Odile, competing for the love of Prince Siegfried. It includes the prince’s Dowager Mother, who insists he must marry, today, and the intervention of the evil sorcerer, Baron von Rothbart, who wants his daughter Odile to marry the Prince. But apart from those key plotlines, some bursts of the original score, and wonderfully coordinated corps de ballet sequences, that’s about where the similarity ends. This new version of the plot is somewhat more Byzantine and complicated than the standard ballet version, ending with the deaths of Odette and her Prince, the freeing of the swan maidens from Rothbart’s spell and the escape of Odile and Rothbart.

Swan Song is self-described as “a water ballet/pool party mashup”, and that’s a pretty fair description. This production, by Pip Hall, Judy Dale and Lara Fischel-Chisholm, takes the best of Swan Lake, mixes them in with scenes from the Hollywood water ballets of the 30s and 40s, and with iconic female styling from rock videos by Celine Dion, Florence and the Machine et al. The score is supplemented by rock anthems that bolster the mood – Siegfried and his mates start shooting swans to Rage against the Machine’s Killing in the name, for example, and near the final curtain Siegfried and Odette decide on their ultimate fate together to Sinead O’Connor’s Nothing Compares 2 U.

It’s altogether an artful blend of charmingly-frivolous and lavishly-feminine, tongue-in-cheek send ups of fairytale love stories, with some camp asides from Siegfried and his mates. Given the verve and commitment of the well-rehearsed ensemble, it is no wonder at all that the performance earns hearty applause from a capacity audience.

Performed in the lavish expanse of the “shallow end” of the recently restored art-deco-era sea water pools, this is a reinvented kind of water ballet, presented out of doors, under lights with recorded music and no other technological trickery. While the audience waits to be escorted to their seats, the performers are parading, preening, warming up, dangling their feet or floating about on pink rubber rings. Part-fashion model, part-diva, part-BFF, part-swan, they are dressed alike in black bathing costumes of myriad variety, with short tulle-petalled skirts on top. Each also wears a tight-fitting white bathing cap and mask-like slashes of aqua-blue, neon bright, sequined eye makeup.

Once in the water, their movement is carefully uniform but isn’t at all the kind of synchronised swimming seen in the Olympics and Commonwealth Games. Rather, the carefully considered choreography (by Lara “Sandy Sealegs” Fischel-Chisholm) is mostly comprised of impeccably-timed, surging, forceful stepping that impels the performers through waist high water in crisply defined formations – straight and curving lines, circles, diamonds and wedges, allowing them to move quickly but calmly from place to place without causing any splashing. When not moving about, the performers are immersed at matching depths, anywhere from waist deep to shoulder deep, simultaneously creating a wide array of decorative patterns with arms, heads and faces, rafting up to float in head-to-toe lines, or breaking out into groups of 6 to 10 to form clustered star and blossom shapes. On occasion, they let rip with expressive mass movement that marks the high points of the narrative, such as an angry, splashing tantrum when Odile’s duplicity becomes apparent, and a celebratory boogie when the swans turn back into women.

The principal performers mostly appear in cameo sections which move the story along. Prince Siegfried (Stephen “Butters Bee Arch” Butterworth) is a fine figure of a man, with expressive face and grand gestures. Odette (Emily “Lady Low Tide” Trent), with pink tiara, eye makeup and overskirt and her best mate Odile (Jule “Water Jewell” Kunkel), with purple tiara, eye makeup and overskirt are clearly equally charming and difficult to choose between – until later in the story when Odette’s selfless sacrifice endears her to all, and Odile’s heartless grab for power puts her out of contention. The evil Rothbart (Liam “George Benard Shore” Fennell), in striking green mesh, is reminiscent of sea monsters of various ilks and he certainly does more than his share of conspiring and manipulating from his fountain overlook at poolside. Siegfried’s mates are a somewhat motley bunch of blokes and blokesses, and though they carry out the requisite actions, their brash costumes (board shorts, floral surf shirts and Hollywood star sunglasses) and late arrival to proceedings (as wedding guests) left them very much as outsiders.

Lighting designer, Brad Gledhill, is steadily mastering the challenges of swimming pool stage lighting and contributes magic touches with cleverly conservative use of contrasting colour fields to create an array of moods: ultraviolet moments to pique attention, horizontal beams that light up water in the air, and projections that create a feeling of forest and glade. Thankfully, he chose not to include smoke effects.

With 70 performers and 20 backstage helpers, plus another 20 creative contributors, this production is a massive undertaking made possible only by the utter commitment of everyone who gives their time freely to the project. This is their third such annual large-scale event, and the season was sold out two weeks before opening night. The Wet Hot Beauties directors have already fielded inquiries about next year’s show, and are mulling over the yet-to-be-decided theme. 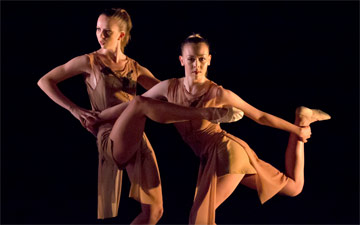 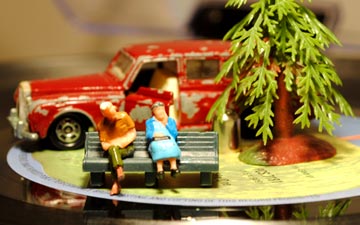 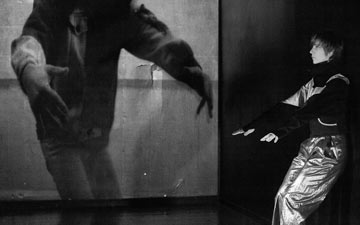 Zahra Killeen-Chance – To Be Glorified – Auckland 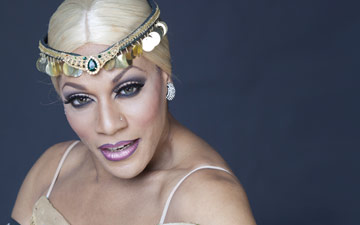