With fascinating timing the Royal Ballet (RB) opens another run of Natalia Makarova’s deeply Russian La Bayadere, just after St Petersburg’s Mikhailovsky Ballet have been wowing fans around at the Coliseum with wonderful dancing in other Petipa 19th century classics. The comparisons are inevitable and interesting.

First thing to say is that it’s a peach of a production, coherent, dramatically satisfying and the costumes and sets (Yolanda Sonnabend and Pier Luigi Samaritini) belay its age – it was first put on by RB in 1989. It still feels fresh and vibrant if perhaps the dead tiger could do with a bit of a plump up. The story and telling suit the Royal Ballet, who aside from fielding 3 good leads, support them with glorious character-acting/dancing. Gary Avis’s High Brahmin – torn between religion and fancying a temple dancer – is beautifully rendered in his conflicted sadness, and nobody does a reverential stooped walk better than Genesia Rosato as the servant, Aya – such a clever character. Christopher Saunders’ Rajah has also developed much authority over the years, though I still find myself missing David Drew in many roles like this (*).

The three leads did well, especially given they were not scheduled to dance until the last minute, with an injured Alina Cojocaru taken out. Replacing her was Roberta Marquez as Nikiya (the original Bayadere temple dancer) and I like her simple and humble approach. She, and it, are a thing of beauty and you can see why the Brahmin and warriors like Federico Bonelli’s Solor would want her. Marianela Nunez also starts simply and happily as Gamzatti – deeply infatuated with Solor. And the human side of her love is pitifully played out in the final act as she prepares for the wedding. But in between we see her scary, steely side, complicit in the death of Nikiya and at the end of Act 2 (Shades) her slow advance on Solor, rather like a Boa constrictor mesmerising its pray, is an icy spine-tingling thing. That said, I can think of worse things in life than to have Marianela Nunez set her cap at you. Nunez also makes the most of the classical showy aspects in her solos.

Elsewhere it was a mix of good and ragged steps – which marks the contrast with the Mikhailovsky who, by and large, deliver classical strength in depth. It’s Bayadere, so everybody always wants to know how the 24 Shades did and the answer is very well if you just looked at their entrance and the filling of the stage with 24 dancers holding it together with just an occasional minor wobble in the balances – a big tick and so very hard. But when the same dancers split into two lines of 12 either side of the stage and act as one, it looked pretty unrehearsed and third rate. The three lead shades also looked very unmatched and struggled to act together or convince singly at times – as if a lot of last minute changes had been made. If this had been on around at the Coliseum the roles would have sparkled. Makarova had the good sense not ask much of the RB soloist boys – doing things in classical unison is so not their thing. Alexander Campbell’s Bronze Idol was OK – he always ends with a good showy flourish, if it doesn’t always crown the amazing movement you feel it should.

All up it’s a glorious production that I don’t see will need to change in another decade or three. I might want it all, but the house was full to brimming, the company is not Russian and so some bits struggle while their other strengths help compensate. Folks went home happy.

(*) As an aside on David Drew, it’s a great shame he no longer performs, but there was no ‘final’ show for him (or none I was aware of) where we could all give thanks for the decades of exemplary dancing and his encouragement to all, particularly around growing young choreographers. 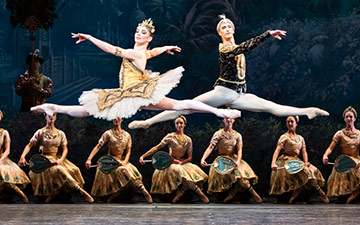 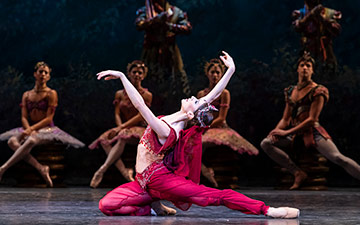 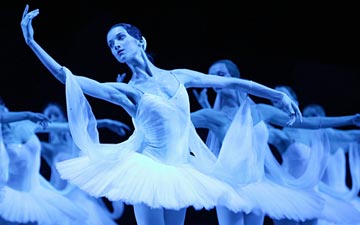 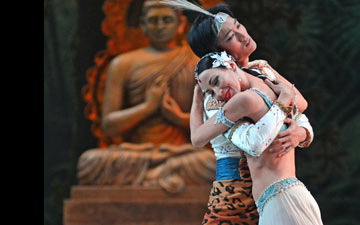 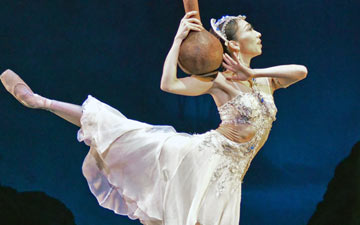