There is joy in repetition. Repetition that goes beyond my perceived limits. Repetition that on paper sounds like something that would not be possible for the person I think I am. Who or what do I think I am? What do I know of myself? Apparently not much, for after repeating a 9-minute solo in a studio for four hours during one day and the next weekend in a shop window for 12 hours over three days, I had failed the task I had set myself: I had not disintegrated into a bubbling mess of primordial goo. The idea was that I would repeat the same solo next to a video of me doing it in the same space. The lights, the sound and the video would carry on and I would degenerate after dancing as long as I humanly could. An epic fail was the aim and in a way that is exactly what happened. I epically failed to fail epically. Instead I emerged from my public space/time bubble as a different man. A man with wide pupils, open heart, soft flesh and shining bones. Err… Yeah. No substances other than prolonged oxygen and cosmic energy intake involved. That’s some good sh*t… The computer didn’t crash, so the sound, the video and the lights worked and I carried on until some kind soul told me that it was time to stop. Even the choreography didn’t change all that much. instead what changed was the way I made it happen: not with muscles but with bones, core and energy circulation. In a way the man I thought I was broke down, but that didn’t mean that a man would have not carried on as a medium of some sort of higher energy I had not realised I was capable of tapping into. Degenerating it was not. Transforming it certainly was. Yeah… Weird looking at the world, and yourself, with different eyes than what you had just a few hours before.

We are very seldom alone in the same place for hours on end without thinking anything but the moment at hand. At least I am usually not. What doing that does is very interesting. Due to the exhaustion of the flesh and the mind nothing else exists but the task of the next reach and the next breath. There is no tension of the mind nor the flesh. There is no contact with other people. There is no caring about what others might think even though there is a mass of them looking at me. There are no clocks. There are no thoughts. What there is is emptiness. Purity. Economy of movement and the mind.  Outbursts of emotions. Tears. Happiness. The movement of the sun. The pace of the department store behind me. The moment. The movement. The next cycle. The next reach and the next breath. The flowing centre that moves those light and shining bones.

On an occasion I realised that I was experiencing things I had heard better dancers talk about. If I wanted to stand I had no other chance but to stand on my bones. Through reaching for something higher I learned about pull-up so strong that there is no chance of falling off. A pull-up of such clarity that it changed my alignment, lengthened and flattened my core and drew my legs away from my pelvis. Movement so soft and strong that any tension of the muscles only got in the way. The moments of the initiator leading and the entire energetic train following in an ever-stretching but orderly fashion.

What was left of the man that emerged from the window after each day? Surprisingly there was a boundless energy through relaxation and the lack of effort. A being that had more energy due to not having enough energy to block the flow. A being that had became a channel.  A being with a need to hug.

So what is left after a couple of hard-working weeks later? There is still evidence of a changed alignment and altered holding patterns. There is certainly more awareness of energy expenditure and an increased capability of relaxation and shedding extra tension. There is also the capability of programming and operating LED moving heads. Err… Say what? Yes. One picks up all manner of interesting stuff from the ether… in a hotel room the night before the gig.

The question of degeneration still lingers. Where is my breaking point? Doing Engel for an extended period of time did good things to me, so I should carry on with that process of purifying, but for the sake of finding the true exhaustion I should most likely create another choreography. Engel is actually devised in such a way that the energy circulation built into the choreography helps me to carry on. So the next task would in a way skirt on another project that has been swirling in the back of my mind: a virtuoso spectacle. I’ll probably talk more about that at a later date. For now I’ll just elaborate on how that idea is connected to this quest for exhaustion. The simple truth is that speed kills. In this matter I am not talking as a motorist, but as a dancer, so don’t you go misquoting me on this one. Dancing at a fast pace and executing explosive movements will eventually exhaust the body, making the degeneration of the choreography more visible. So what I will have to do is create a virtuoso solo piece that is close to my physical and technical capabilities and repeat it until the death of yet another man I thought I was. A scary thought, but what good has fear ever done to me before? For this year I have a possible slot in April and another in June. Time to write the project in the calendar and just get on with it when the time comes.

So what else have I been up to other than surfing on cosmic energy and eating light? The short answer is: the usual stuff. As in being an assistant choreographer to my old friend Riku Immonen on a piece he’s choreographing for the Finnish National Ballet, doing a couple of run-of-the mill dance gigs, performing Re-Touch at Tanssin Aika festival, getting to know the neighbours and preparing some workshops on emotions and Expansion/Extension. So life is busy and busy is good for a gun for hire. It’s a mentally calming feeling to be talking schedules for the spring of 2015. The spare time is sparse and will most likely altogether vanish, if everything works out. There are some possibly very interesting developments in the horizon. Whichever option works out, it’s all good as long as I remember to sleep, eat and take care of my body and mind. Even with all this purification transformation I guess I still haven’t quite managed to exorcise the spirit of Buzz Lightyear… To the infinity and beyond! 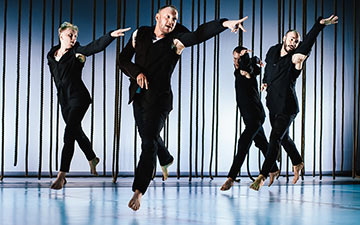 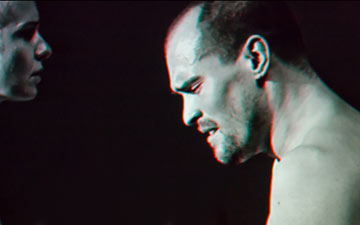