Part 1 of this blog
Part 2
Part 4 and back on stage
www.australianballet.com.au
www.behindballet.com/author/juliet-burnett/

Now pain-free and with my foot feeling strong from a regime of metatarsal exercises, it was hard to keep in check my desire to hasten the rehab process. But delayed gratification is one of the most powerful tools for happiness. This might be exemplified by the excitable tone of some of my daily journal jottings:

Pointe rises on jump board!

I’d check back in with our physios before and after every day’s work to have my progress monitored. Having this navigational device at my disposal is essential; given my exhilaration at being pain-free as well as achieving these simple milestones (the physios were quite accustomed by this time to my squeals of “I just did a posé arabesque!” complete with mini-happy-dance), without them steering my course I could have landed myself back at square one with just one ill-timed move. Despite my awareness of this, I was finding my innate impatience difficult to fight. It’s also hard for a dancer, so used to being the master of their course – from approach to class, to preparing for a role, to sewing ribbons onto pointe shoes – to concede to being regularly instructed in such a way. But if I had already known exactly the correct way to manage pain, then I wouldn’t be in this situation right now, writing about this injury experience with my foot plunged in ice. Experience is the best teacher, and as its student I had to yield to expert guidance, not only for the sake of rehabilitating my foot properly, but to learn from my past errors in order to approach future instances of pain with more wisdom.

After a couple of weeks, I started back in company class, and it was great feeling like a part of the company again. There can be a feeling of disconnection when spending intensive hours alone with one of our coaches in the studio – a marked contrast to the buzz and pace of a class of 30 to 70 dancers. The private coaching with Noelle and Megan continued alongside daily class; I would duck into a studio with one of them once I had reached that day’s permitted repertoire, and we would then work on problem spots, or progressions before I was unleashed back into the pack the next day. I was grateful for these daily sessions as I gradually rebuilt my repertoire of movement, each manoeuvre having been mapped out by our medical team. It gave me a chance to consolidate each stage – one day focussing on co-ordination of fondu to demi-pointe, the next day focussing on pirouettes – and iron out any technical bumps encountered along the way. Even though we spent much time improving technical weaknesses and correcting unhelpful movement patterns, the process was far from clinical or mundane. With Noelle and Megan’s nurturing, there was a broader focus on optimising my natural dance quality for freedom of expression. A common thread in many of my bad habits was overworking movement, sometimes to the point where I would become static and unable to find flow. Relinquishing that control for measures of release, so that these elements could work in harmony as opposed to fighting one another, not only affected tiny clockwork aspects of my technique such as hip placement, but also resounded in my dancing as a whole entity. This balance of control and release can be seen as the principle of movement in its purest sense, and experimenting with this theory became a bit of a life lesson, too. I could see the benefit of this coaching, this renovation of my dancing, quite philosophically by this point. There’s a struggle for many artists to reconcile their creative freedom with the reality that approaching their art with complete abandon is not the best way to realise that urge. After all, surely the greatest artists in any realm only achieve full expressive potential with diligence and discipline.

Much in the same way, with pain inevitable in life and certainly in such a highly physical profession as dance, merely accepting the fact that pain will happen isn’t enough. Staying physically healthy is paramount for dancers, so having an informed and diligent approach to dancing from a physiological point of view is crucial. That’s not to say that we should tread on eggshells, or dance like robots – it’s about acknowledging our humanness, our vulnerability, and our limitations. Moreover, heeding this information could lead to career longevity and less of those retired-dancer problems of the past, such as hip replacements. My hope is that armed with all this new knowledge from the injury experience, I’ll continue my time onstage for many years to come, possibly even more healthily than the previous ten-and-a-half injury-free years.

With things going so well, and no setbacks thus far, the medical staff, artistic staff and I started discussing the timeframe for rehab with the upcoming season of Paquita and La Sylphide in mind. I write this having just completed my first rehearsal of my Paquita solo, and with two weeks until my first show, I hope that the next instalment of this series will share with you happy tidings as I return to the stage. 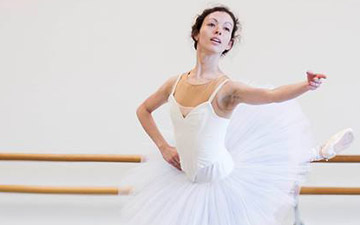 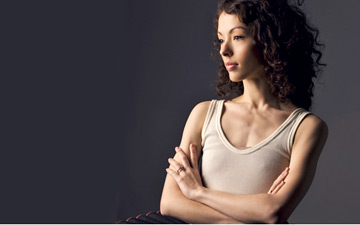