Osipova and Vasiliev understand their value at the top of the ballet tree and earlier than most great dancers, are getting stuck into contemporary work very different from the bold performances in blockbuster ballets they are so loved for. The most successful at commissioning such repertoire has been Sylvie Guillem and only last week she and Russell Maliphant sold out the Coliseum with their Push bill. Carlos Acosta also sells out theatres – a week earlier it was the Royal Opera House, if his shows are less critically well received. And in the same week the great Wendy Whelan was in London with her North American contemporary ballet show – which was not rated so hot at all. All up it’s not easy changing your spots, so how did Vasipova (Twitter has a lot to answer for) get on with their take on the new by three well-known European choreographers?

Sidi Larbi Cherkaoui’s Mercy is about domestic violence – from the off Vasiliev attacking Osipova, but none of the blows make real contact at first. It’s about control and all the more scary because it’s played out (after a silent start) to beautiful Baroque choral singing. It then flips to contemplative Indian music as Osipova shows winning tenderness, and by the end they are more together, if he still seems to have control. Along the way there are powerful flowing steps but no revelations – they lift the material rather than the material lifting them.

Ohad Naharin’s Passo takes them a long way from ballet in terms of steps but is a fantastical piece about a fantastical relationship set to traditional English folk music – Greensleeves and the like. They behave like children at times with funny crouching and running, pushing each other. But it’s only at the end that the audience feel enough humour to laugh a little in a silly but homely duet.

Funny from the off is Arthur Pita’s Facada – about a wedding where he gets cold feet and runs away. Jilted, Osipova cries buckets (literally), looked after by Elizabeth McGorian as the glamorous mother figure – delightfully channelling Pina Bausch’s tall blonds of a certain age. Tears dried, revenge is sweet – Osipova eventually ends up dancing on Vasiliev’s grave, all accompanied by the mournful sounds of Fado, played live on stage by Frank Moon. Facada is perhaps a little long but its messages were coherent and it looked to use some of their bravura style amidst the telling too. Hurrah, and of the three works it’s the keeper.

Overall, while an interesting night for them and those who know them, it wasn’t a night that would garner them lots of new fans all hailing them as magnificent. For that you still need to catch them, if you can, doing their fireworks in the likes of Don Quixote. But this was a first foray and I feel sure they will do more and better. 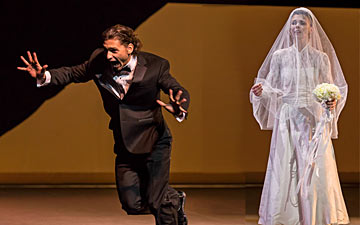 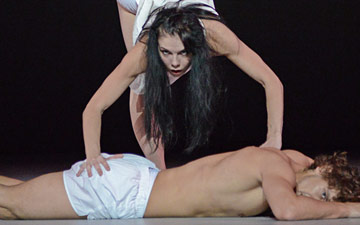 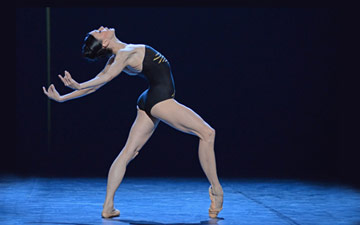