TAO Dance Theatre has just graduated to the main stage of Sadler’s Wells following performances in the Lilian Baylis Theatre there earlier this year.  The company is based in Beijing, and is led by choreographer Tao Ye who provides both items on the bill, 6 and 7.  He has a very singular, uncompromising vision.  The works are stark and unadorned, using very simple vocabulary, basic gestures which are repeated and varied in different combinations. At its best the result is mesmeric: you can be entranced by this and sink into a meditative state.  But it operates on a knife edge. One person may experience a hypnotic effect where others find tedium. There were a couple who left part way through, but the dancers received a rapturous response from the audience at the close.

6 is possibly the darkest work ever on the Sadler’s stage. It opens in unremitting gloom, completely black.  Very, very slowly the light levels increase so that we can just perceive a line of six dancers on a diagonal with their backs to us. They are identically dressed in long black robes on a black stage on a black background. Steadily the light pulses and washes around them, but the light levels remain so low it’s not really possible to identify the gender of the performers.

For a long period they stay rooted to the spot. At first the effect as you can barely make them out in the darkness is rather organic, like wind moving through half seen tree branches.  The movement remains totally in unison, a minimalist selection of moves, a toss of the head, a bow, a small movement of the arms, repeated with multiple small variations.  As the gloom decreases a little, the light is configured to catch the dancers’ faces as they roll their heads or when they curve in deep backbends. The lighting designer is Ellen Ruge from Sweden.

The (recorded) music is by Xiao He, and feels a blend of electronica and Chinese folk influences.  At the start of the second section it steadily grows louder and more rhythmic. When the dancers finally turn and take a few steps forward the impact after such restraint is striking, as if they have become an advancing army. The volume of the music increases, reverberating through the floor.

It is all performed with remarkable precision and rigour. Every now and then there is a slight difference in the raising of an arm or a roll of the head and how the light catches it. Is this an individual rebelling against the ruthless conformity of the mass? Or is it just a chance effect?  The dancers’ discipline is extraordinary.

7 is a new commission and appears to be conceived as a balancing counterpoint to the darkness of 6. We now have seven dancers. Here they are all clad in identical long stretchy white dresses, on a white floor against black walls.  The lighting (this time by Ma Yue) is bright and clear.  The soundtrack to the piece is made up of noises from the dancers themselves. Before the piece starts the audience is requested to be as silent as possible. There was not much hope of that from a London audience who responded immediately with the usual symphony of coughs, sneezes and snuffles.  The soundtrack itself was an odd combination of buzzing and gargling noises, but not unpleasant.

The choreographic approach here is very much the same as the earlier piece. The dancers are again in a line, and the movement is in unison, with movements repeated and varied as if in some complex, obsessive private ritual. As we can now see the dancers more clearly it’s possible now to appreciate their fabulously deep backbends rather better. This piece is less mysterious, easier to digest and less of a strain to observe than 6.

Tao Dance Theatre is a New Wave Associate of Sadler’s Wells, so we might expect to see them here again. What does Tao Ye do next? Both these pieces have explored their chosen territory rigorously and in full.  It’s not immediately obvious where they might go next but it will probably prove just as enigmatic. 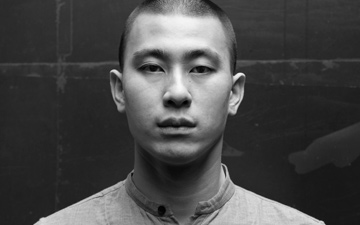 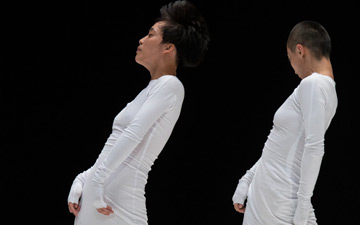 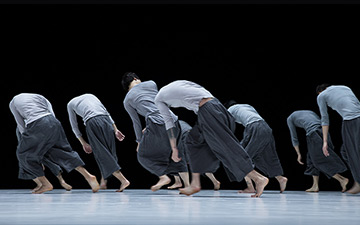 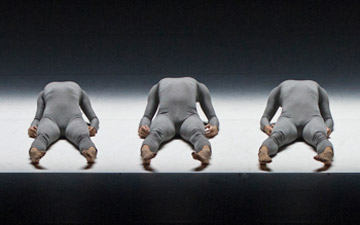 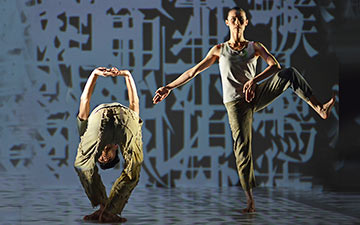