Before I get onto the matter of Sacred Monsters itself and how well the piece has aged, I want to express something that at least a good portion of the audience around me was thinking out loud. Sylvie Guillem was born in 1965. She will be fifty next year. Fifty. Insert your own expletive before that number.

True, even classical dancers don’t retire quite as young as they used to; true too that there are older bodies still on the dance stage. But no dancer, to my current recollection, has retained such springy youthfulness, such fiery intensity coupled with unbounded joy in performance, as Sylvie. Those famous red locks might no longer be quite the colour nature made them, and the face looks a little more gently creased in publicity photographs, but Guillem in full flight still strongly gives the impression of being a woman half her biographical age.

Half the pleasure of watching Sacred Monsters on this, its final tour, is of course enjoying the penultimate opportunity to watch the ultimate ballerina of our age take the stage. The other half is watching the intimate, easygoing interplay between Sylvie and the work’s creator, Akram Khan. Khan is in particularly dazzling form this run, hammering out blistering rhythms on the stage floor with those quicksilver feet. In a nimble opening solo, created by Gauri Sharma Tripathi, he whirls into fluid poses with graceful flicks of the wrist, channelling something of Tripathi’s own mischievous energy.

Guillem responds with a solo made by Cloud Gate’s Lin Hawi-Min, all slow and squeezy extensions with cheeky details like a rippling foot that suddenly breaks her elegant classical line. It contains Guillem, so it’s mesmerising to watch; but Sacred Monsters truly hits its stride when the two stars work together, joining rippling arms in a soft and sensuous duet of linking and winding with exquisite ease.

There are confessions: Khan is anxious about being able to portray the long-haired Krishna with a balding head; Guillem worries about whether her life in dance is truly meaningful or whether (like the cartoon character Sally Brown’s happy skipping) it’s all futile. Both artists were shaped by their classical training (Khan notes of Guillem that unquestioningly following commands, as classical ballet generally requires, “was never an option for her”); both have forged rewarding careers outside the classical world.

The movement is lovely, of course – two stellar artists bringing their talents together was always going to produce something gorgeous to look at – but what’s really enjoyable about Sacred Monsters is the physical and verbal rapport between the duo. With gentle teasing, affectionate exchanges and a sincere warmth that radiates to the back of the auditorium, Sacred Monsters is a truly joyful work. In the eight years since the piece debuted, that rapport and warmth has grown so that the audience has the feeling of being party to a pair of friends hanging out – a pair of friends who both happen to be really, really excellent dancers.

Khan will be making a new piece for Guillem’s farewell tour next year, so there will be one last creative collaboration between the two icons. But Sacred Monsters is such a pleasure it makes a near-perfect farewell in its own right. 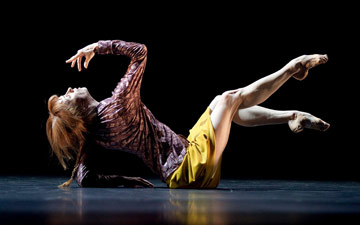 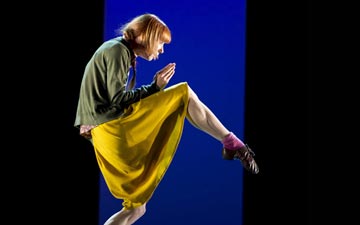 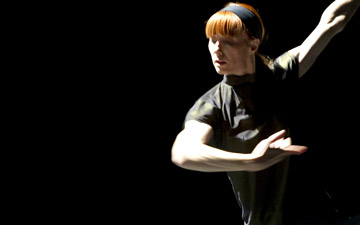 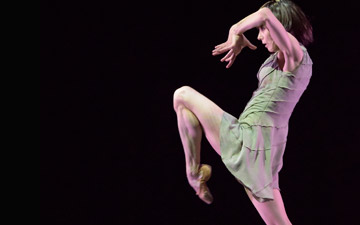 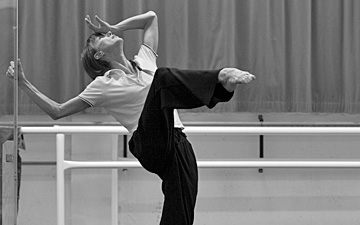