It’s not often these days you get a bill that couples a brand-new piece by Christopher Bruce with something by Darshan Singh Bhuller. Sadly neither of these choreographic heavyweights has been as active in UK dance as they were formerly and this program reminds us of what we have been missing. They also rather show up the other recent Phoenix commission of Amsterdam-based Ivgi & Greben who deliver the longest but least interesting work of the night.

The bill actually owes a debt of gratitude to Ballet Central, the touring company of Central School of Ballet, who earlier commissioned Bruce and Bhuller to create the pieces seen here – or works very close to what we now see danced by Phoenix. Originally made for Ballet Central’s 2007 tour, Christopher Bruce’s Shift, was also presented at last year’s Edinburgh Festival by Scottish Ballet. At 8 minutes it’s a microcosm of a Bruce work, concentrating on the vernacular of how factory work was done around the 2nd World War. This is the dance of twisting valves, pushing levers, operating lathes coupled to the social side of pulling together and having fun together. It’s punctuated by Kenji Bunch’s strongly mechanistic score and all in delightful period costumes. It’s a slight but good work and young choreographers could learn shed-loads from its 8 minutes.

The new Christopher Bruce commission is a little longer (13 minutes) if deliberately obtuse – strange from Bruce whose work can normally be so easily read. Shadows is a 4-hander and starts with a family around a table before each reveals their inner turmoils. It’s set at broadly the same time as Shift and the most graphic of the displays seems to be the terror of living with shell shock. There is no happiness in this beleaguered world, built on Arvo Part’s tightly sparse Fratres and it ends uneasily with the 4 venturing forth into the bigger world. Overall the two Bruce works make an interesting contrast, though I think Shadows feels like a sketch for a much fuller work.

When Ballet Central danced Darshan Singh Bhuller’s piece Mapping #3, as part of its 2013 tour, it was referred to as a sketch and Mapping for Phoenix is the very recognisable result, and uses the same Ballet Central costumes designer, Richard Gellar. At the time I said I hoped that it would have a bigger life and appropriate that it’s with Phoenix, given Bhuller is an ex artistic director. It’s a piece inspired by Bhuller’s father and his journey from East to West. But I don’t see so much of that as a work that makes me feel like I’m a kid in a very remote Indian village seeing shadow puppets for the very first time – I’m constantly and happily made wide-eyed by all I see on stage.

Mapping is a crazy piece that morphs from wonder, to oriental mystic, to fun. It starts with a magic ball – cricket ball size – fluorescently illuminated and rolling around the stage interacting with a solitary figure. It stops and starts to order and playfully weaves this way and that. The piece opens out into a more mystical section, involving all 8 dancers, in white oriental trouser suits as if for Karate, and with terrific layered horizontal lighting, amplified by their windmilling movement, giving a shimmering feel as they career around to an Indian chant. It’s big, bold movement that demands you follow. One dancer has a small video on them and a slightly delayed live feed from it is projected on a screen at the back of the stage. It’s a minor diversion, but Bhuller really lets rip at the end with a video projection using a camera suspended above the stage and has his dancers lying on the floor and moving as if they are walking, jumping and doing circus trick. The constrained movement is flickering and delightful. I haven’t felt so unexpectedly elated since Compagnie Montalvo-Hervieu passed our way with a vibe like this over ten years ago.

Bhuller’s Mapping, last piece on the bill, is 24 minutes long and you go home breathless and happy. One minute longer, but it felt like 30, was Document, by Ivgi & Greben. 5 dancers seemed to channel the living dead with a strong zombie look and much repetitive shuffling movement. A piece of perpetual hardship and endeavour which slowly develops into hard physical dance-bickering and then… everybody seems to truly die. Neither the theatre of it nor the brutal movement particularly engaged with me at all. But it’s certainly the most challenging and modern piece on the bill and good to see Phoenix going beyond the usual choreographic suspects. All up, that’s a quad bill for you – unusual if you like everything, but overall a night with some memorable dance. 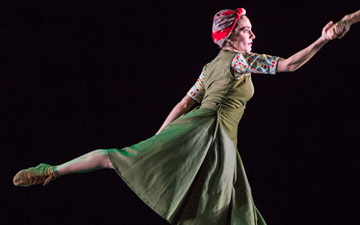 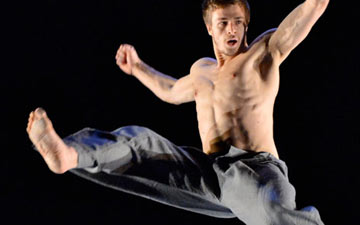 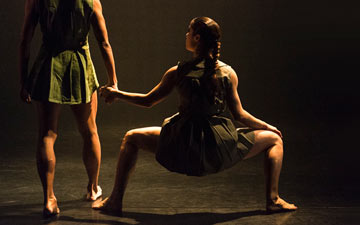 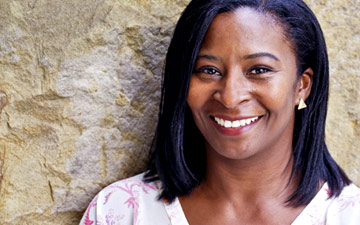