I thought I was the only one who encounters euphemistic but quite outrageous comments and suggestions about my work. As a “South Asian” “Indian” “Traditional” “Non-White” “not Indian enough” dance artist in the UK I have had my fair share of subtly racist conversations with the powers that decide our fate, and on some level the ones that are possibly the true architects of our work. With their helpful suggestions of adding a demi plié or hand gesture, or using more brown people in the work, so that audiences will understand where we are from… Or rather where we were twice, thrice etc removed from, and things can be neatly wrapped up in a package with a saree border bow.

Anyway going back to outrageous comments, I really did think I was the only one who was unlucky enough to be spoken to in this ludicrous way. Or rather the only one disturbed and crazy enough to talk about it out loud without a worry of being blacklisted

But I met a colleague of mine in Bangalore this Christmas. An experienced artist and teacher within the world of improvisation. And he related a story to me when he was invited to join a dance company in the UK. I shall not name the company in an effort to add some dignity to this otherwise rather undignified story.

My colleague, who had absolutely no training in any Indian classical dance form, was asked to dance Kathak. Of course he said he was not trained in that. To which the artistic director said it doesn’t matter – these people in the UK won’t know the difference.

I didn’t know whether to laugh or explode upon hearing this. But on many levels it did not surprise me at all.

I can’t speak with any authority about the bygone days of the British Empire and India. Of puppet kings placed in faux positions of power, whilst they appeased the real raj – the British Raj.

People, including myself, often talk about postcolonial guilt. The effects of which many of us still feel today.

It is an affliction of both those who are appeasing, maybe in order to fit in and be accepted, maybe to seek success at any cost and a hundred other possible reasons both mercenary and for survival and those being appeased who sit in fear of being inadvertently racist, looking stupid, maybe even atoning for their own perceived guilt of a time they had no part in.

Sadly, none of this is an open, honest conversation confronting the consequences of postcolonial guilt in such a multicultural society.

Ultimately, in the arts at least, the things that suffer most are the art and the audience.

Some artists can fall into the trap of believing they are holding onto and championing their Indian-ness and uniqueness in the diaspora. However, this can become a confused choice when expectations of what Indian-ness means to people is added to the mix.

And there seems also to be a fear of having the more truthful approach of actually equipping audiences to understand the depth and range of what being Indian, and/or making work rooted in something Indian, can be. It feels as though offering people the chance to be more knowledgeable will allow them to critique and have valid opinions on the art and craftsmanship within the form. God forbid people became empowered to do this(!).

Of course this is a natural fear. But in a world where risk-taking is encouraged, especially in the arts, surely the most rewarding risk would be to raise the bar of quality and equip audiences to appreciate the art at its best?

Or would this be too big a step in disturbing the calm, post-colonial sea of guilt we seem so comfortable to float in? 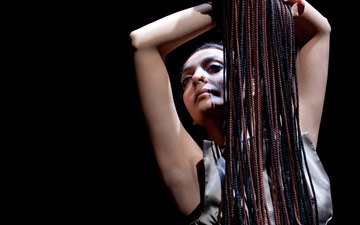 UK born and raised, Seeta has trained in Bharatanatyam for over 25 years with further advanced training with Mavin Khoo. She has worked with several contemporary dance companies including DV8 and Shobana Jeyasingh. Seeta is a refreshing new voice for Bharatanatyam in this country and is forging her own path to revitalize the form.
www.seetapatel.co.uk, @seetadances 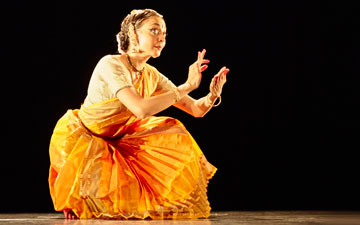 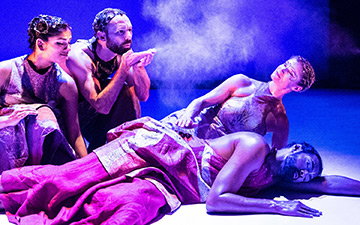