This is not a show that should live forever. Preferably, much of it should be consigned to a lead-lined casket and buried at sea, most likely from the prow of the cruise ship where such capricious activity might just about pass as entertainment!

Far from being immortal, this production suffers from an acute identity crisis. I can’t recall another performance that has veered from so good to so awful from one “scene” to the next. Even the same performers can be both brilliant and dreadful in consecutive episodes; an observation that is particularly appropriate to the singer and the musical choices. Until I read the programme, I was convinced that there were two singers: one you would definitely swivel the chair for and the other to be endured, rather than enjoyed.

The Voice analogy turned out to be appropriate since Antonela Cirillo had been a contestant on La Voz Argentina (finishing in 4th place) and her two ballads in Spanish were so beautifully sung that I was held in rapt attention to every note. Her interpretation of the classic tango song, El día que me quieras (The day that you love me) – sung alone while sitting on the floor at the side of the stage – was enchanting and the more familiar No llores por mi Argentina (Don’t cry for me Argentina) was also sung with intense passion. These numbers were my personal highlights of the entire show. And, yet, the same balladeer was asked to give vent to Abba’s Gimme Gimme Gimme while promenading around the stage and, horror of horrors, Gangsta’s Paradise, neither of which suited her style. The fact of the butchered Abba number coming immediately before the hauntingly beautiful El día que me quieras amply illustrated the show’s “hit and miss” agenda.

Other highlights came with the dancing of the two stars, German Cornejo and Gisela Galeassi, whose duets were studded with daring lifts and carried along by extraordinary fast feet. Their intuitive musicality aligned to matched movement at speeds that were often breathtaking. It isn’t just the pace of the footwork that impresses but the interjection of the regular ganchos (hooks) between each other’s legs without any interruption of the flow. Inevitably, it doesn’t always work, but Cornejo and Galeassi are also experts at concealing the occasional blemish through their mutual improvisation.

They are well supported by a dozen other dancers, many of them tango champions in their own right. They danced in close harmony as a unit and a couple of pairs had a chance to shine in their own leading duet, notably Leonardo Luizaga and Florencia Roldan in a number immediately after the interval. However, several of the group numbers suffered from poor costume choices and comedy that misfired, notably through a drag queen comedian (Carlos Debat) who appeared variously as a governess and a desperate dance partner. He might do well on Ru Paul’s Drag Race, but not here.

If there is a theme to Immortal Tango then it appears to be that every musical number comes from a movie and so in addition to the aforementioned karaoke-style renditions of Abba and Coolio, some of the other musical choices also appeared to be in the wrong show. I had hoped to have heard the last of My heart will go on (the Titanic song that seems to go forever) and never expected it to float back in an Argentine tango show; the same goes for songs from The Bodyguard, Flashdance and a queasy encore to Footloose, danced in beachwear. It is perhaps the first time that I have wished that I had left early with the other critics. One number that was even more bizarre than the rest was danced behind a scrim, with a blonde girl (Tere Sánchez Terraf) dancing ballet, surrounded by a menacing group of hooded monks, performed to music from Schindler’s List. It’s the kind of weird stuff nightmares might be made of.

The only crossover number that worked was a strange cocktail of dance to Cirillo’s powerful singing of the Skyfall theme tune, elevated by Cornejo and Galeassi evoking the daring of James Bond with the thrilling adventure of their dancing.

There were such occasional snatches of a good show but mostly the affair descended into poor tango-themed vaudeville. The advance PR imagery promised a smoky, gothic mix of black veils, corsets, long gowns and dark suits. In place of this expectation we got a show incongruously dominated by pantomime and pop. 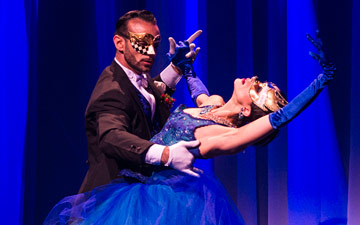 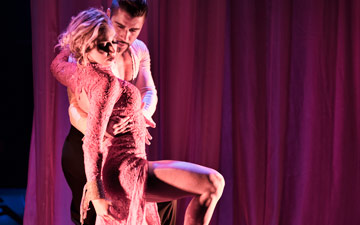 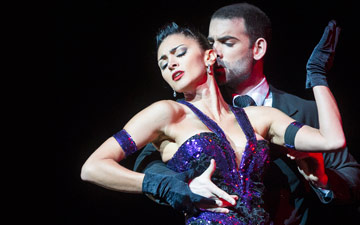 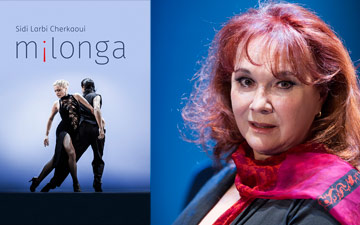 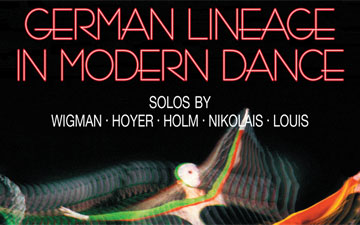