Sliver of Sky is to be performed at the Sadler’s Wells Lilian Baylis Studio on Sunday 24 April at 18:00. Booking and further details of Sliver of Sky. Presented by Inspiration In Motion in association with Amnesty International UK. Crowed funding page for Sliver of Sky

5 Questions to Ludovic Ondiviela on his latest work – Sliver of Sky – starring dancers from The Royal Ballet, English National Ballet and Rambert…

Where did the idea of working with the charity Amnesty International spring from? And how did you come to choose dancers from 3 different companies?

I have known about the great work Amnesty does for a while in helping those that can be so easily forgotten. And I began to explore their current work closer.

I then find out about Albert Woodfox’s situation. He spent 43 years in solitary confinement in Louisiana to date. (he has since been released in February)

Spending what seems like a huge portion of your life in solitary grabbed my interest so I looked in to his case and others. It became obvious to me that there’s so much going on in this world that most of us aren’t even aware of…

There are children, women, men out there who are stuck in a system, victims of physical and mental abuse.

Ballet is often about beautiful lines, aiming to portray the best of human’s physicality; I wanted to do the opposite, explore the difficulties those men and women face.   For us dancers, movement and physical freedom is a necessity. I thought it would be interesting to use this freedom to express the sad reality of those who are locked away and barely able to move.  So, I decided to create a piece that would raise awareness of the work that Amnesty International does and hopefully get them more support along the way.

For the dancers, London is lucky to hold three of the most interesting companies in the world. Each one of them has their own physical identity and I wanted to challenge myself in collaborating with all three of them for this one performance. Each dancer I have danced with, choreographed with, or seen perform at some point. They are each exciting and unique artists in their own way. The process has been really exciting for me.

You seem attracted to those in difficult situations. Is ‘Sliver of Light’ linked to last year’s piece for the Royal Ballet – Cassandra – about mental illness and isolation?

I wouldn’t say it’s linked as Cassandra was very much exploring what mental illness and/or psychosis is, who is considered mad and for what reason. I feel that when we don’t understand or relate to someone’s behaviour or experience we are quick to call it mad because its easier then to search for understanding. The line between “normal or not normal” behaviour is very vague in society and also very subjective to who you are talking to.

Sliver of Sky doesn’t have so much of a question mark for me. People are in solitary confinement, 23 hours a day in 6 ft by 9ft cell. This as a fact, is a very disturbing concept to me…

I guess we could say that I explored psychological isolation with Cassandra whereas Sliver of Sky which was inspired from a specific situation, has allowed me to explore physical isolation.

When you go into the studio to create, do you know what you are going to do – do you have nearly all the movement worked out?

This very much depends on who I’m working with. Over the last few years I have learned to collaborate with the dancers and give them the freedom to take the choreography to their own personal space. I believe that if they feel comfortable with the material and their own interpretation, the overall performance will be that much more powerful and genuine.

So, I will say that I start with an idea of a mood and vibe I want to create, as well as some sort of visual language but the rest happens in the studio.

You were a dancer and choreographer at the Royal Ballet until 2014 – a big thing to flee the nest: how have you found the change to being a full-time dance-maker?

It’s been an interesting and challenging couple of years. I have enjoyed collaborating with a variety of artists, opening up to other company’s styles and art forms.  I somehow feel like a part of me is still with the Royal Ballet though. I have learned everything I know about being a performer on the ROH stage. I have also watched first hand choreographers such as Christopher Wheeldon, Wayne McGregor and others make their work there. All those experiences have shaped me into doing what I’m doing now.

So what next as a choreographer and what’s your biggest dance wish?

At the moment, I have just started working on a virtual reality dance and music film project with DJ/composer Seth Troxler. I’m super excited about it. Then I will go back to Dublin to make a new piece on Ballet Ireland.  My biggest wish is to keep on learning, experiencing life, and to then have the freedom and opportunity to create and share moments with audiences. 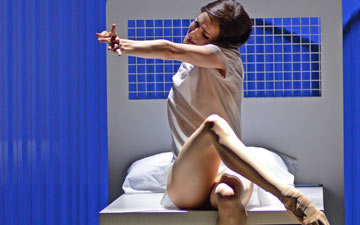 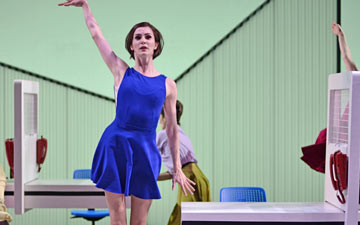 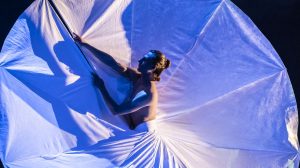