The three members of dotdotdot dance – Magdalena Mannion, Yinka Esi Graves and Noemi Luz – are British women with a passion for flamenco dance and its theatrical possibilities. The programme they presented as part of the Sadler’s Wells Wild Card project was their second show to date and was something of a “with Friends” evening – audience members even got to take part by recording their thoughts about their shoes beforehand, which were then played as sound snippets before the performance.

The South African spoken word artist Toni Stuart, cellist Colin Alexander multimedia artist Yuli Levtov and guitarist Liam Howarth all got their moments in the spotlight as well as contributing to the three central dance pieces, each choreographed by one of the dancers, and each using a different palo as its foundation.

Peteneras, created by Mannion, had the three dancers, in gold-coloured dresses, performing their moves in synchronised slow motion to Alexander’s mournful cello accompaniment, with increasing bursts of rapid flamenco zapateo and arm flourishes. The experience, for the dancer, of slowing down dance can be marvellous, thrillingly heightening your awareness of your body’s movements and demanding rigorous axis control (the latter not always on display here). But for an audience it can seem a little dry, and in the end this section erred too much towards the analytical.

The closing Tarantos was choreographed by Luz, and incorporated her speciality (bata de cola technique) and her personal interest in focusing on environmental issues. The result was a rather strange hybrid piece, which reconfigured flamenco as a devotional, invocational ritual, linked to earth and rain. It was certainly ambitious and demonstrated that flamenco movement is robust enough to be placed in quite unexpected contexts.

But the stand-out was the central Guajira, created by Graves. She drew on her Afro-Cuban dance training to reimagine this flamenco palo, known as one of the cantes de ida y vuelta because it developed out of the Cuban rhythms that itinerant Andalucian workers brought back with them from the Caribbean island. The prominent role for Stuart and her poetry was at first disconcerting, as was a prolonged bout of shoe-throwing, but the piece was electrified when Graves stepped into the centre of the circle of artists on stage and started to dance a response to Stuart’s verses. As she spoke of woman and water, it became an incantation, and Graves was transformed, like a manifestation of the orisha Yemaya, elemental and innately graceful. Hers is an intoxicating blend of styles, which I’d love to see more of. 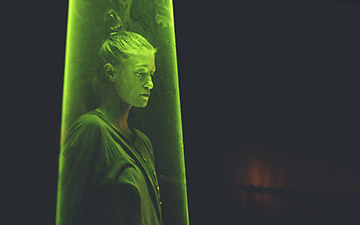 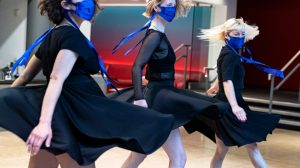 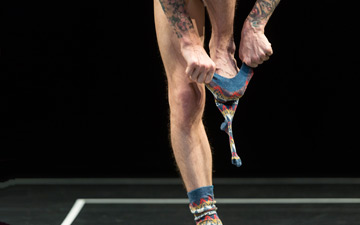