The Horniman Museum in south London celebrated the opening of its new World Gallery, five years in the making, with a festive summer evening’s entertainment. The museum’s Victorian founder, Frederick John Horniman, believed in ‘bringing the world to Forest Hill’ by showing off his eclectic collection. A century later, 3,000 objects from the anthropology section have been thematically arranged in the main gallery to illustrate the ways that people from different cultures, ancient and modern, lead their lives.

Fittingly, Jean Abreu’s latest work, Solo for Two, is part of a trilogy investigating his identity and quest for cultural belonging. Brazilian-born, he has now spent half his life in Britain, after graduating from Trinity Laban in 1999 and forming his own dance company in 2009. He’d been in residency at the Horniman Museum while the World Gallery was taking shape. (His company performed a version of A Thread in different parts of the museum in July 2016.) Solo for Two, co-commissioned by the Southbank Centre, where it appeared in the Purcell Room in May this year, was reworked for the World Gallery: its robot participant had to be reprogrammed by its operator, Michele Panegrossi.

Under a new name, An Other Solo for Two involved Abreu, a female dancer, Luna Cenere, and Macheba, a female robot named after the character in a book, The Hour of the Star by a Brazilian writer, Clarice Lispector. Macheba is in part, Abreu’s electronic alter ego, the curator, like a modern phone or tablet, of his memories and choreographic experiments. The robot witnesses and contributes to what he does with his other female alter ego, Cenere, as well as performing her own solo.

I watched the hour-long event mostly from above, on the balcony overlooking the gallery space with its glass cases, alcoves and central aisle. As in all site-specific performances, one’s view is inevitably obstructed at some key points, either by structures or other people. I couldn’t see the contents of many of the display cases, so can’t tell whether the performers were actually ‘in dialogue’ with them. The little robot was responsible for relaying the music and lighting effects from floor level, hard to distinguish from above. Down below, spectators were embarrassed to move about in case they obstructed the robot or the human performers.

Jean Abreu’s spellbinding ‘Solo For Two’ in the packed #WorldGallery @HornimanMuseum tonight as part of our Shared World Late pic.twitter.com/e0vFTwxBKg

Abreu and Cenere started from either end of the gallery as separate beings, seemingly trying out their own ways of moving. When they stood together, examining their surroundings, the robot emerged to monitor them. Cenere draped herself around and over Abreu, never touching the ground in their duet – or solo, since they appeared one person with eight limbs. Their close encounter was ripe with imagery. She could have been his demon, a suffocating succubus he couldn’t shake off, or his childish self, sitting upright on his shoulders as he progressed along the central aisle; or maybe an angelic figurehead, sprouting from his thighs.

After she vanished during a blackout, he was on his own, thrashing to the floor and peeling himself off it, scrabbling on all fours, standing on his head, circling round his elbow or knees as if trying to escape from his brown skin. Calming down, he interacted with Macheba the robot, talking to her in his two principal languages, Portuguese and English. When he lay prone, worn out, she set off spinning and singing, investigating the alcoves as his dreaming self.

Cenere reappeared with the promise of new beginnings. She shouted out the numbers of different choreographed variations that, at first, didn’t seem to lead anywhere.  Then she and Abreu began to co-ordinate, reconciled, dancing together side by side. They bounced, hand in hand, to Brazilian music relayed by Macheba, lights flashing. The rhythmic jigging became ecstatic, trance-like. Then the dancers disappeared, leaving the robot alone among the ethnographic displays from around the world.

Abreu is a remarkable performer, with a technique developed from forms of Brazilian dance and martial arts that enables him to sink into the floor and rise with resilience. Though his moves can seem spontaneous, his choreography is as meticulously programmed as the actions of his little robot. He worked out the narrative arc of Solo for Two over many months with the dramaturg Guy Cools: its development was hard to follow among so many distractions, so it’s best seen in a theatre space, despite the charms of the Horniman Museum’s collections. 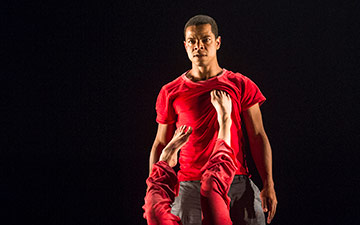 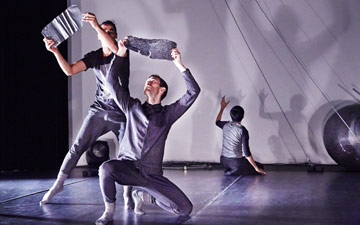 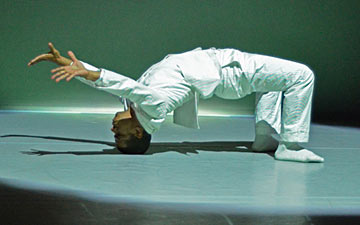 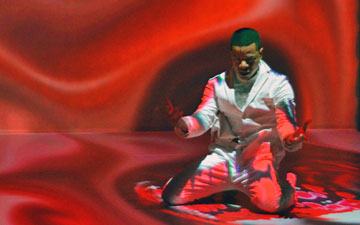 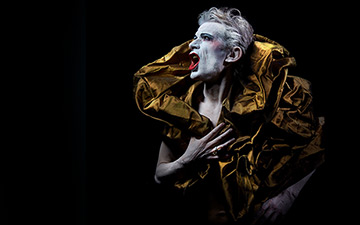