What a nice find! A casual Google search, a few weeks ago, led me to a book I’d never heard of but which has turned out to be doubly interesting as well as, already, a source of a lot of pleasure.

René Erik Olsen is a Danish photographer who worked for several years with Tim Rushton’s Danish Dance Theatre before being given the opportunity to spend seven months taking rehearsal pictures of the Royal Danish Ballet. Out of the 125,000 photos that resulted, he’s chosen just under 500 for a book which covers all but one of the programmes the company danced in the season 2006/7. A great advantage for most people will be that you really don’t need a word of Danish to enjoy the book: there are two brief pages of acknowledgements, all translated into English, and a list of the ballets and their choreographers – and no more text at all, apart from the captions giving the names of the dancers. The pictures have to speak for themselves.

For me, Olsen couldn’t have chosen a better season to document: it was the first year I made multiple trips to Copenhagen, and I saw most of these productions. The longer ballets get the most coverage, so there are many shots of Swan Lake, Napoli and Caroline Mathilde, and I would have traded some of these for more of some of the shorter pieces – particularly Kim Brandstrup’s Ghosts – and also a wider range from La Sylphide, where Olsen concentrates entirely on Nikolai Hübbe’s coaching of Christina Michanek. But everyone will have their own favourites, and it’s good that, whatever the ballet, Olsen doesn’t focus only on the principal dancers – there can’t be more than half-a-dozen of that season’s company missing from the book. (Though I haven’t so far found even a glimpse of the very last dancer on the roster at that time, a boy then listed as Alban Carl Filip Lendorf, in his first year as an apprentice – it would have been nice to have a record of his earliest steps!)

Good, too, to be reminded of the fine dancers who have left the company since then – Silja Schandorf and Kenneth and Marie-Pierre Greve, of course, but also Izabela Sokolowska, Yao Wei and Kristoffer Sakurai, all of whom were featured prominently that year. And then there are today’s stars, of course: Mads Blangstrup (amazingly photogenic) seems to have been in almost everything that season, but there are plenty also of Gudrun Bojesen and Thomas Lund, and of those like Ulrikk Birkjæer and Alexander Stæger who were just beginning to make their mark.

Olsen describes his intention as being ‘to depict the dancers and their working day’, and at a guess I’d say about two thirds of the photographs are studio shots and the remainder show stage rehearsals, mostly in costume. I actually find the studio ones more interesting – they give a real feeling for the effort that goes into a finished performance. Naturally some of them show legs that will be better stretched and lines that will be properly straight by the time they’re shown to an audience, but that only reinforces our understanding of how much work it takes to produce that look of elegant ease (well, ease, anyway: there’s deliberately not much elegance in some of the newer works). It was a creative season and Olsen catches several choreographers – among them Jorma Elo, Matjash Mrozewski, and the company’s own Louise Midjord – working directly with the dancers.

As for the book itself, it’s the first dance book I’ve come across made by the growing print-on-demand process. The publishing company, Blurb, provides software and a variety of templates for page formats, but Olsen himself did the detailed layout – a time consuming activity, I imagine, for a book of this size, but well worth it: the photographs are very attractively presented and also very clearly identified. It’s a well-made book, printed on good paper – my only slight reservation would be that it’s slightly too tightly bound so that the pages don’t easily lie open. As your copy is printed especially for you, you can choose between a dust jacket and a laminated cover – I went for the second and am pleased that I did. Although this method puts the price up somewhat, it seems a promising way forward for niche-interest books like this. (A dance book published in Denmark by convential methods would probably retail for about £37, after benefitting from various grants or subsidies.) There’s also a companion book (which I’ve seen but not had a chance to examine closely) of interviews with ten of the dancers – it has another 250 or so photographs but the interviews with those of the who are Danish are in Danish only.

Olsen told me that he ‘only’ kept about 52,000 of his original shots: I hope there’ll be some way that the public can get to see some more of them some day. What with these, and the excellent coverage it gets these days from house photographer David Amzallag, the Royal Danish Ballet must be one of the best-recorded companies in existence. 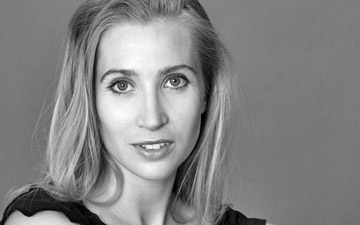