City Contemporary Dance Company’s Stripteaser 2012 offers four short works created by different choreographers, each working with – and supposedly drawing inspiration from – a local fashion designer. Two of the choreographers, Noel Pong and Bruce Wong, come from within the company and two were guests, Victor Fung (on a break from studying in the UK) and the husband-and-wife team of Justyne Li and Wong Tan-ki.

This was an enjoyable programme, although the promised fusion of fashion and dance never really materialised and did not seem to add a great deal.

Of the four pieces, by far the most substantive was Li and Wong’s The 3.5th Dimension. Admirably ambitious in concept, it tackled themes of religion and evolution, spirituality versus animal instinct with impressive assurance and would repay more than one viewing. Full of powerful images, the work was original, intense and thought-provoking. There were lively, witty moments as well, notably in a strongly rhythmic section where the dancers regress to humankind’s primate origins. The intelligent, well-structured choreography revealed a new side to the company’s dancers, underlining the importance of working with choreographers outside the company from time to time. CCDC has a strong house-style and while this is one of the hallmarks of a successful company, it was refreshing to see something which did not look like the usual CCDC. The whole cast performed superbly, with newcomer Cliff Huen making an outstanding debut.

Fung’s Fighter, set to songs by Radiohead, opened with an energetic but messy MTV-style group routine and closed with a similar, if more coherent, finale. Happily the middle section, in which first one then three couples dance simple yet stunning duets showed that Fung has real talent. There was exceptional work from the principal couple, Chang Lan Yun (who also stood out in The 3.5th Dimension ) and her partner Lam Po, who were riveting in their expressiveness and lyricism.

The home team’s offerings were fun, if slight. Wong’s pleasingly succinct Dress Me Down was an entertaining look at the idea of women as dolls (who eventually turn the tables on their puppet-master, the ever-droll Dominic Wong). Pong’s Inside Out had plenty of energy and showed something of the choreographer’s trademark musicality but looked more like a draft than a finished work.

The new season marks a major changing of the guard for CCDC. Some of the company’s most experienced dancers have left over the past year including Yang Yizhi, Chan Yi-jing, Michael Lopez and Luo Fan. All are outstanding artists whose performances I have watched with great pleasure over the years – they will be missed. It will be interesting to see how these departures and the influx of new dancers affects the dynamic of this small, tightly-knit ensemble group. The impressive progress made by several younger dancers in recent months and some promising debuts in this programme bode well for an exciting new era. 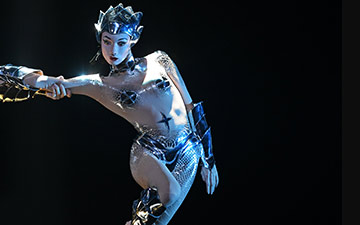 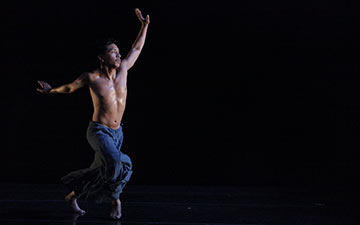 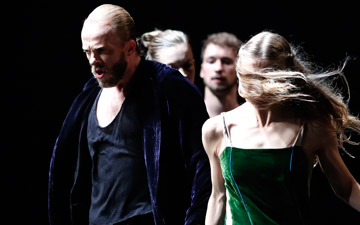 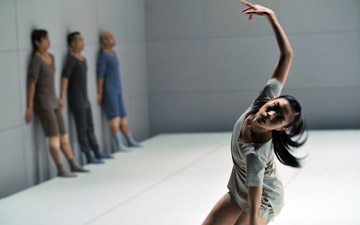 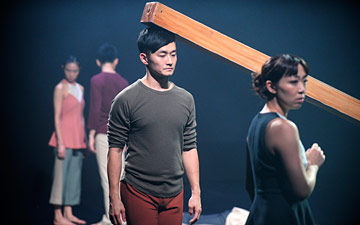