Hurrah – another year and another crop of new commissions from Ballet Black. In this respect they put the bigger, and subsidised, ballet companies to shame and it’s no wonder they’ve won 2 National Dance Awards in only 4 years. But it’s not just critics and fans who are enthusiastic – their opening runs at the Royal Opera House normally sell out well ahead of time and they are also steadily touring more.

Commissioning new work has its ups and downs, of course, and if creating sure-fire winners were easy then the dance world would be a very different place. Of this year’s 4 premieres, 2 very much connected with me and 2 didn’t. Young Robert Binet’s Egal literally sounded promising with its prepared piano and violin soundtrack delivering a crisp haunting atmosphere compared with electronically made sounds. But its intellectual underpinning, of exploring what happens if two people (boy and girl) are completely equal in every way, didn’t really seem to coalesce and one was left with rather un-striking and indistinctive contemporary ballet movement. It’s an apprentice piece that doesn’t really mark his card. Binet though has just been commissioned by the National Ballet of Canada and has spent time with some interesting choreographers.

The headliner of this years rep (and the only thing able to be photographed) was Christopher Marney’s story piece, War Letters – 5 scenes based around 2nd World War themes of fighting, love, fun and loss. It’s a well-thought-out and meticulously-documented production from the Matthew Bourne New Adventures associate, with splendid period costumes by Gary Harris (who did for Ballet Black last year too) and huge emotional punch from a ‘film score’ of Shostakovitch and Glenn Miller, coupled with some narrations and a wartime radio broadcast. It’s all about atmosphere and I hope it draws you in. The difficulty is that it’s very light choreographically, often never really getting going because of some pregnant pause or dramatic gesture. For me it reached its lowest ebb in a Dance Hall section that seemed to lack much dance, if the occasional congas were in keeping. It was at its best in a hospital scene as a wounded and traumatised soldier and girlfriend try to pick up the pieces. Dance and drama more aligned.

And my hits, all 30 minutes of them and which make the night a must-see, were from contemporary “bad-boy” Javier de Frutos and Royal Ballet dancer/choreographer Ludovic Ondiviela. So we were all wondering what unpredictable and scary thing de Frutos would deliver and it turned out to be a gorgeous piece to 6 Hawaiian Barbershop songs – The One Played Twice. The dancing, for 4 (in solos, duets…), picked up on the gentle humour and longing of the songs without being mimsey or sentimental. I also liked the arc of it, building up it’s emotional and dance pace towards the end, and its only occasional nods to Hula dance. A grown-up piece of contrasts.

Ludovic Ondiviela’s Dopamine (you make my levels go silly) is not grown-up at all, but a love duet for the iPhone and Instagram generation. It starts with him manically twitching his interest in a girl just met, their closer checking-over of each other and apparent ‘conversations’ and her manic twitching at the end with the realisation they both fancy the hell out of each other. This is ballet taken forward in a contemporary way but sans the grunge and pained looks one so often gets. It’s all done in 10 minutes and Ondiviela, yet again, delivers a piece you remember and with not an ugly move in it. He’s been kicking around in small workshops for some time now and I hope this wider exposure will see him given other outside commissions – he connects with his audience.

I’ve purposely not named individual dancers – the 8 strong company all deserve plaudits for delivering sparkling performances both physically and emotionally. Here is a link to the current tour, but inevitably they add dates as the year goes on. See them: good dancers doing new work is what caries us all forward. 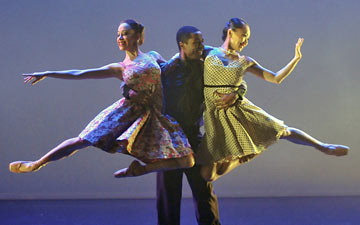 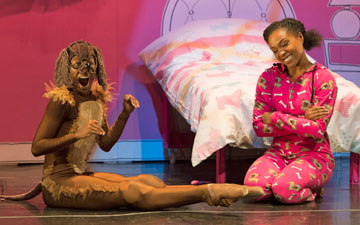 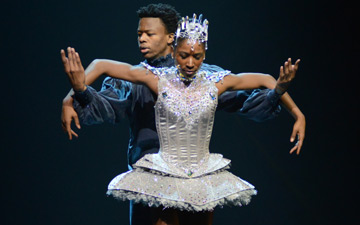