The advantage of a big company accustomed to performing narrative ballets (something we can take for granted with the Royal Ballet) is that it is able to portray a whole society on stage. Yes, Kenneth MacMillan’s Manon can be mounted on a smaller scale, with sparer designs, and still be effective as the tale of a doomed love affair. But staged in the Georgiadis sets and costumes, with a large cast who believe in their own back stories, Manon’s downfall has a multi-layered context.

When we first see her, she is on the way to a convent – the last resort for an 18th century girl of good character with no means of support.  It soon becomes evident that Manon’s character is little better than her brother’s: Lescaut lives on his wits, surviving in a corrupt demi-monde by knowing the price of everything, including his own sister. Ricardo Cervera’s Lescaut is dead-eyed, charming, unscrupulous. Marianela Nuñez’s Manon starts out bright-eyed, gratified to find herself the centre of attention outside the Act I coaching inn. She has yet to realise she’s fresh meat, pawed by greedy hands ­- including those of Elizabeth McGorian’s manipulative Madame.

Madame serves as purveyor of female flesh to those who can afford her prices. Where Gerd Larsen in the original cast was a plump, motherly old soul, McGorian is a ruthlessly glamorous Parisienne. Unwittingly, Manon escapes her clutches by running off with lovestruck Des Grieux, a well-born but penniless student. Federico Bonelli dances Des Grieux’s introductory solo tentatively, which doesn’t really account for Manon’s instant infatuation. Nuñez is so sure of her technical ability that she can delight in being swept away by love in a way that cautious Bonelli cannot.

The disparity between them makes a kind of emotional sense – his Des Grieux is caring, her Manon spontaneous – while contradicting the choreography. When she is being partnered, Manon’s dancing should appear precarious, swung off-balance, flung into the air, man-handled; yet Nuñez is always secure. Her physical confidence makes her Manon seem brazen rather than heedless.  (An unbecoming wig doesn’t help, hardening her features.)

Unlike most Manons in the Act II party scene, Nuñez acknowledges Des Grieux, instead of pretending to ignore his presence. She flaunts her status as a kept woman – the kind of mistress he cannot afford. She’s obviously expensive: Monsieur G.M. (Christopher Saunders, lecherously complacent) has bought her from Lescaut with gold and finery. But G.M. still has to keep bribing her with yet more jewellery, and pour alcohol down her throat to maintain his claim over her. Nuñez’s seductive Manon is calculating, taught by her brother how to make the most of her assets. All the more surprising, then, that she falls for Des Grieux’s arabesque line yet again. Where Natalia Makarova used regretfully to convey that Manon knew she was making a mistake, Nuñez shows no such qualms.

The hôtel particulier brothel scene is vastly entertaining, every fallen woman and groping client with a life of their own. Yuhui Choe turns out to be a comedienne, appalled by the old boy Madame has selected for her, and naughtily amused by Des Grieux’s inept cheating at cards. Valentino Zucchetti shows off outrageously in the younger gents’ pas de trois. Cervera is nastily drunk in his fumbling pas de deux with Laura Morera’s indulgent mistress, who knows better than Manon how to survive in this seedy set-up.

Nuñez and Bonelli spark off each other more feistily in their second bedroom scene than they did in their first, and are genuinely moving in the last act in Louisiana. Nuñez appears almost past caring, while he remains loyally protective. Their mutual horror at Gary Avis’s repulsive gaoler is convincing. He is an utterly vile serial abuser. The only reason the gaoler offers to reward Manon with yet another bracelet is that in the original version of the ballet, 40 years ago, the character was the governor of the penal colony, intending to bribe Manon into becoming his next live-in mistress. Avis contemptuously clasps the bracelet on Nuñez’s wrist as a fetter: he’s done this many times before.

The dockside scene at the start of Act III now sets up a more plausible colonial society than it did in the past. The crowd of residents and local beggars awaiting the latest shipload of deportees behave fairly naturalistically. By mingling amongst the new arrivals they help to disguise the girls’ formation fainting routines before Manon emerges with Des Grieux. Her punishment for reverting to her first love is to be exposed to rape, murder and hallucinatory death in a foreign swamp. Nuñez’s Manon is well and truly broken; remorseful Des Grieux, like Albrecht in Giselle, faces an uncertain future.

This cast is to be streamed live into selected cinemas on 16 October. By then, Nuñez and Bonelli should be more at ease with each other, adjusting their performances to make their initial pas de deux as compelling as their later ones. And let’s hope Manon’s wigs will have been altered, allowing Nuñez’s natural charm to radiate on the screen as well as the stage. 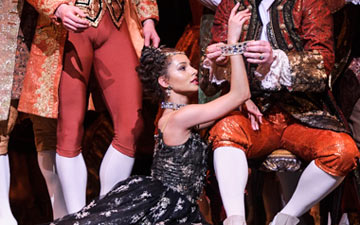 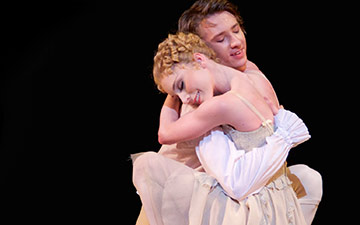 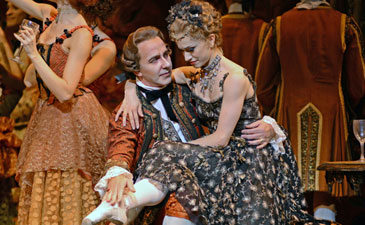 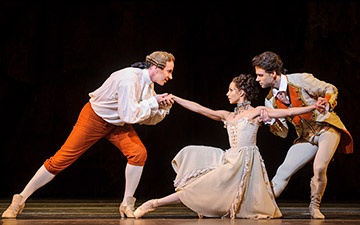 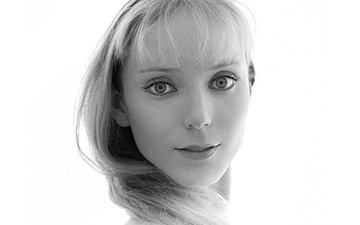