If you really think about it, Swan Lake is, for lack of a better phrase, an odd duck. Taken for granted as the epitome of classical ballet, it is so overly familiar to most that it can, in the 21st century, seem to have lost its mystery. Although an exhausting ballet to execute, it is so often phoned in. With its bestial, sorcerer-driven plotline, it verges on, and sometimes is, just plain camp. How then to keep it relevant? By going to the source, and letting the Russians make you believe again.

During its 10-day residency at BAM this January, the Mariinsky Ballet, complete with the Mariinsky Orchestra (conducted on some nights by Valery Gergiev), will perform its take on the brooding ballet a total of five times. The Mariinsky’s current, three-act version dates from 1950, as staged by Konstantin Sergeyev after Ivanov and Petipa. While a few updates wouldn’t hurt, on the whole one doesn’t trot out to Swan Lake to see the new and fangled, one goes to see cygnets in single file, and the Mariinsky have that in spades.

The opening night casting was youthful, starring Viktoria Tereshkina and Vladimir Shklyarov in the leading roles. Through no fault of his own, Shklyarov – who is only in his 20’s – is the most baby-faced Prince Siegfried in recent memory, but this works in his favor. With his creamy skin and winsome smile, Shklyarov is far from a Casanova-ing, adolescent player. His Siegfried is mere innocence in the truest sense: he’s utterly virginal, making his attraction to an unattainable swan princess all the more believable.

No ballerina can escape judgement when it comes to playing Odette/Odile. Dancer after dancer is compared to those that came before, either in her own company or outside it, and within the role itself. Even the greats, Makarova among them, were said to grow into the duality of the role. For her part, at least on opening night, Tereshkina discovered more than one side to Odette alone, making her performance, if not a great one, then one with a mighty potential.

Tereshkina’s Odette introduces herself with classical, technical perfection: the elegant sweep and upward angles of the Vaganova line are in full force. With high cheekbones and pursed, focused lips, Tereshkina might seem to some an imposing beauty, a woman (not a girl) whose countenance is not immediately readable, a vision of chilly classicism. But Tereshkina isn’t hiding anything: she’s transforming before your eyes. Maybe Odette just needed a few bars of music to adjust to the idea that the young man who was about to kill her with his crossbow could be her new lover. Sometimes we all need a chance to warm up, before things get steamy.

Momentarily separated, Siegfried wanders downstage wistfully, stroking his neck with his fingers. After another coy fit of fleeing, Odette returns to him, takes a low lunge and after this moment, everything changes. The switch has flicked. In his arms again, Odette trembles, not with fear, but with excitement. Her eyes no longer wary, they close in content submission to Siegfried’s caresses. Tereshkina sheds nervousness and timidity to reveal Odette’s sensual awakening – a transformation that catalyzes her fight for freedom from Rothbart’s shackles.

As Odile, well, Tereshkina is an absolute sorceress: ravishing, knowing and sharp as a whip. Odile and Rothbart are the ultimate party crashers. They’re not on the guest list, but Odile gets what no other courtier does – a dance with the prince, while Rothbart strides comfortably to the throne, sharing it with the Princess Regent. Andrei Yermakov made a great entrance as Rothbart in the first act, but is fantastically satanic here. The horned, feathered, Valkyrie-like helmet and charcoaled cheekbones don’t hurt either. Tereshkina’s Odile is thirsty for mischief: her smiles knowing and plotting, her dancing angular and coquettish. Siegfried’s spirits are up. Shklyarov’s leaps are the loftiest, and his face, again so young, is always nervous before take-off, but pleasantly surprised when he lands without a hitch. When he betrays Odette by swearing love to Odile, you feel for him: he seems truly seduced, too naive to know any better. The traditional choreography for the pas de deux, when performed well, is dynamite. It serves the drama on a silver platter. Betrayal never looked so good.

Falcon-like and abbreviated, the Mariinsky’s Rothbart costume is one of the great highlights of the whole production. Instead of draping him in floor-length feathered capes, the Mariinsky gives him a sepulchral unitard, a feathered Romanesque helmet, and a snappy pair of wings. His avian attributes are clear, and you get to see Yermakov’s dazzling legs before his demise by Siegfried’s impassioned wing-ripping.

The final act at the lake feels a little abrupt, especially since the Mariinsky’s production crams the traditional four acts into three. While this is fairly minor, the mid-century production could use some updates. Revelers in the ballroom scene virtually drown in medieval gowns, and some of the corps choreography doesn’t make the most of Tchaikovsky’s score. As the J​oker​, Vladislav Shumakov deserves accolades for his elastic extensions and wry wit. His repertoire includes many comic and character roles, and it would be exciting to see him in something more magisterial.

As to the current state of the cygnets, they are in tip-top shape, in perfect alignment. The corps and soloists deserve their standing ovation, for the principals cannot conjure the full illusion alone – this is where the body of the ballet comes in, carrying the audience aloft into a fully-formed phantasm. 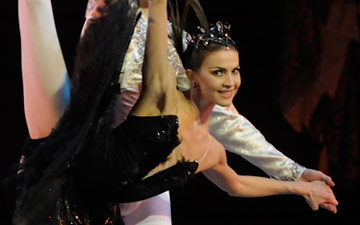 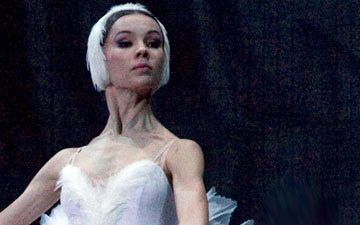 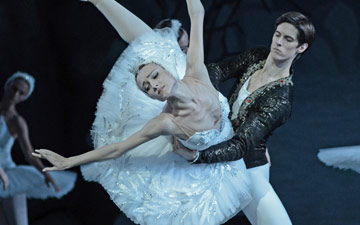 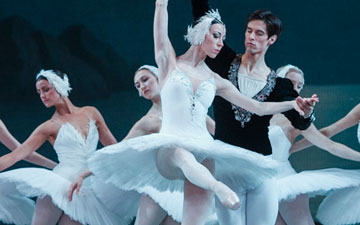 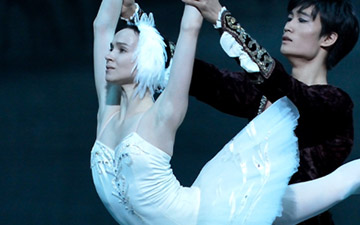