Thiago Soares is already something of an Onegin veteran. The Royal Ballet’s Brazilian principal dancer has performed the lead role numerous times on the Covent Garden stage, at Milan’s La Scala and even in his home country, under the direction of the legendary Richard Cragun. Yet far from taking it all in his stride, he still lights up at the opportunity to talk about John Cranko’s revered ballet, based on Pushkin’s famous verse-novel – and his own journey with this coveted part of the world-weary aristocrat who lives to regret his callous indifference to besotted Tatyana.

‘It’s one of those ballets everyone wishes they could do,’ says the 33-year-old enthusiastically, as he prepares to return in its latest Royal Opera House run. ‘And when you have something in your life for a certain period, it grows with you. I’m not the same in my mind or my body from the first time I did Onegin, so you add things and let things go that perhaps are not relevant to you any more – just like in life, as you try to find the best version of you that you can be.’

The result has been a slowly maturing, powerful interpretation of the role’s psychological intricacies that has seen Soares receive deserved high praise. First learning the role in 2005, he drank in all he was told by his coach, Stuttgart Ballet’s Reid Anderson, another hugely significant figure in the history of Cranko’s Onegin.

‘It was definitely a role that touched me; it’s like when you dress in something that fits well and you feel it’s a part of you,” he explains. “Then when the ballet came back, I started to dig a little deeper to see if I could add some emotional or intellectual aspects into it. The ballet is a masterpiece, and there’s not much extra needed than what’s there. But I started very gently analysing this character: I wanted to understand what could be the better version of him.

“Is he really arrogant or just bored when he rejects Tatyana? This thing of aristocracy and the distance they have, especially at that time, it isn’t necessarily arrogance – but all the aspects of the body language you need to find to suggest that take time to work out.”

It’s just this determination to push harder and further with his work that must explain Soares’s trajectory through dance, which started when he joined his brother’s neighbourhood Rio hip hop crew (“They had all the girls, and I wanted that attention!” he laughs, admitting he and Carlos Acosta joke about their shared hip hop dance roots and occasionally pop a few moves for a laugh). A desire to excel meant he took free circus school classes to learn the athletic skills to pull off bigger and better breakers’ tricks; and soon it was clear the young Soares was destined for even greater things.

Memories of his life in Brazil – this time from very personal experience – led to another revelation about the character of Onegin when he was performing at La Scala in 2012. “I realised there was an aspect of Onegin in the last act that was like my dad,” he says.

“My mum and dad separated for a long time and then got back together, but I always felt sorry for my dad; there was something in the timing of things which meant it was too late and I could so see that. There was a moment in our lives, I was about to leave for Europe and I could see my dad wasn’t this big character and in control any more: the change in their relationship and the bad timing meant somehow there was not a way back to how things should be.

“It never came to my mind until I was in Italy; then that popped into my head and I thought, it’s about Dad, about the turn of events and how sometimes life can be cruel.”

Then last year came the opportunity to dance with his wife and fellow RB principal, Marianela Nuñez, who’d long wished to play the role of Tatyana. Audiences were wowed by the intensity of their performance together, most not realising the Herculean struggle both had undertaken to actually get on the stage.

We’ve been partners in so many ballets, but when we were cast to do this one together, we were both so excited and so anxious about it that I snapped a tendon in my foot; then Nela was worried, she started tensing and snapped her hip,” recalls Soares. “I was even helping her go to the toilet, that’s how bad she was. But it’s amazing when you really want something. We had about 46 days before our first night; we had this task and we had each other and it was all about that for 46 days.

“And we did it – and it was so good because by having these things happen to us we wiped everything else off: there was nothing else except the task and taking care of ourselves. And all those elements and emotions add into the characterisation. So it was a horrible thing that came for good and it tasted so much better afterwards because it was the two of us on this journey and it was a victory.

In the studio – Thiago Soares and Marianela Nunez being coached in Swan Lake by Sir Anthony Dowell.

“I’m glad it came to us to do that together in that period, because maybe if it was before there could be some misunderstandings; timing plays a big part. For us now it’s much more fun to work together because the fact that we never stopped doing things alone means we know we can be individuals, too.”

In fact, one of Soares’s upcoming projects apart from the RB and Nuñez keeps him very much tied to Onegin – he will take the role in fellow-Brazilian Deborah Colker’s much-praised reworking of the tale, Tatyana, alongside Paris Opera Ballet’s Marie-Agnes Gillot, when Colker brings the piece on a European tour next year, and has already started to learn the part.

“It’s interesting how a strong story, something related to everybody, can move as the world moves; that’s what Deborah has in mind with her idea, which is related to how we see the world today, how a person in T-shirt and jeans would feel,” he enthuses, albeit confessing that, for him, nothing can surpass the Cranko ballet.

The general enthusiasm for “Thianela” remains undimmed, however – and will be further fuelled by All I Am, a hybrid documentary film about the couple which will distil four and a half years of footage with specially created choreography by Liam Scarlett. (Soares suggests there may be news about a release date around May.) It starts with their wedding in Nuñez’s home city of Buenos Aires in 2011 – a time Soares can now cheerily recall as being rather fraught.

“It was so difficult for us because we were running the party, organising everything and also we were in it! And we were very worried because our parents hadn’t met each other very often, and the week of the wedding you start the fights and everybody panics because we wanted everything to be right.

“But we had a great time, we partied a little bit too hard,” he grins, “till like 7 in the morning, in trainers, doing hip hop with my friends from Brazil.” 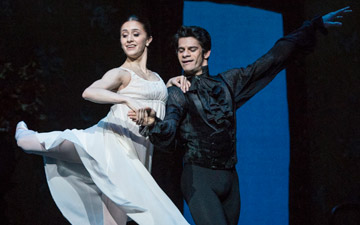 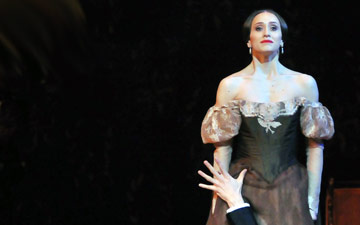 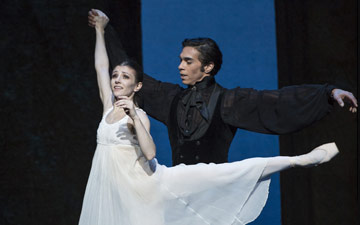 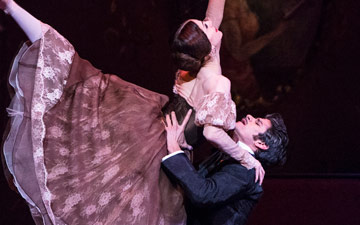 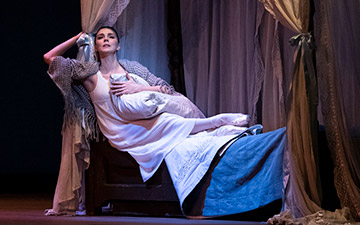