The Jasmin Vardimon Company has built up a remarkable repertoire of physical theatre and contemporary dance, since the company was founded, almost 20 years’ ago. The principal author of all these works, whose name the company bears, was born in Israel but has been based in the UK, since 1995. Vardimon has been an Associate Artist of Sadler’s Wells for the past decade and her company is now located in its own creative space in Ashford, Kent; a home that it shares with JV2, a one-year Professional Development course and performance experience for dance graduates. Vardimon’s latest show is a new adaptation of Pinocchio, which is currently on a nationwide tour, the first half of which ends in Ipswich, just prior to Christmas. Graham Watts caught up with Jasmin to ask five questions about her new production and two new books that explore her work.

What drew you to Pinocchio as a story for dance?

I chose Pinocchio, not just for its story qualities and unique structure, but mainly as it contains a very important question about humanity. What it means to be Human; a question that is relevant for any age and time.

My work is an adaptation of the original book ‘The Adventures of Pinocchio’ written by Carlo Collodi in Italy, in the 1880s. This was a time when Italian society was philosophically and morally engaged in a very important question about the nature of education: could peasants be educated? Could their children go to schools and become ‘real boys‘? Or were they destined to be merely workers, in other words, ‘donkeys’?

Questioning this classic tale allows us to explore our assumptions of what it means to be human.

I guess many people nowadays relate to the story through the Disney film; but by going back to the original Italian novel for your inspiration, it seems to involve many more characters and a much darker, more gruesome world. How do you handle that?

Unlike in the Disney version of Pinocchio which portrays a journey to become a real boy – achieved by telling the truth (a message driven home by the film), I find in the original nineteenth century Italian tale a much more complex journey of challenges and discoveries. This journey leads Pinocchio to realise what it means to be human; to understand and recognise human feelings and emotions in himself and in others.

The story is very long – with 36 chapters – and almost as many locations and characters need to be taken into consideration. I decided to include those moments that I felt especially relevant for his journey to become human; when Pinocchio encounters human emotions and feelings which lead him forward in his journey.

I was mainly interested in the imaginative way Pinocchio could be retold; by constructing the characters with the performers and rediscovering the tale through them.

Is it a problem that parents may bring their children expecting “Disney”?

I don’t think so. It will expose them to the original book in this imaginative way of retelling such a special story. I feel this is the power of art, that a story can be told in endless ways, and it is for each artist to find his or her unique way.

Do the inspirations for new work come to you in a flash or are they long-burning ambitions? Is the spark of an idea usually driven by a storyline, music or something else?

My influences come from life around me. Events or memories become seeds for creation. An idea or a concept may stay dormant in my mind for a long time until it resurfaces and provokes attention, like with 7734 which dealt with The Holocaust and its inherited memory. At other times a sharply defined concept, an event or observation can trigger a creation. In this case it was the original book.

My work always starts with the concept, a seed of an idea that gets explored and researched in many ways in a series of processes that evolve into the final work.

A book has been recently published about your forensic thriller, Justitia; and I understand another book about your work is due out in the New Year. What does it mean to you to have the inspirations and story of your work recorded in this way?

The second book by Libby Worth ‘Jasmin Vardimon’s Dance Theatre: Movement, Memory and Metaphor’ is due in early 2017 and will provide a much wider exploration into my practice as a whole. As such, it offers an unusual, intimate insight into the devising and creating processes of my work.

It will be a fantastic resource, especially for those teachers and students who study my work on the new A Level course, and of course for anyone else who is interested to discover more about our creative process. 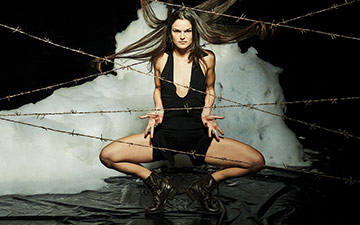 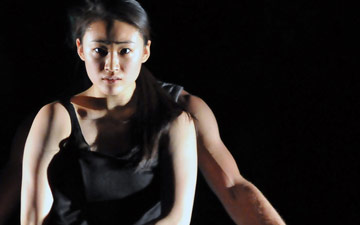 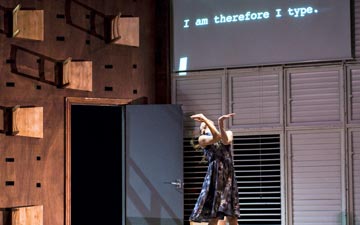 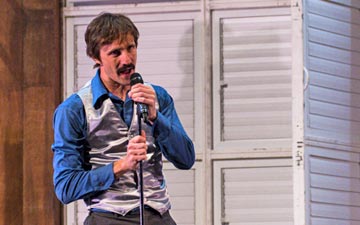 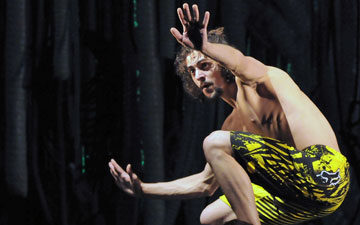