Sadler’s Wells’ resident over-60s performance company is undoubtedly an inspirational project. Since 1989 it has offered a space for older people to dance – and reminds us, as the audience, that the simplest gesture, imbued with the emotional heft of experience, can be as stirring to watch as any firework display of youthful acrobatic vigour.

Sad to say, then, that I found Art of Age II rather disappointing. This latest mixed bill was made up of three works, interspersed with winning entries from last year’s Joie de Vivre short dance film competition, which all featured older dancers.

Fragments, Not Forgotten, created by Seeta Patel, wove recorded phrases spoken by Company of Elders members into its soundscape – slivers of memories of 1939, of wartime, of watching the World Trade Center attacks in 2001. The dancers shifted and swayed as a group, haunted and perturbed by memories, then reached skyward and formed linking chains of touch that suggested support and care.

Echoes started with the dancers distractedly searching for lost friends, then moved into lighthearted game playing as they chased each other, played ‘statues’, etc. The choreographer Jade Shaw has a hip hop background and added a perky sense of fun.

Glory Days, choreographed by Michela Meazza, was a re-staged excerpt from Home Turf, the one-off performance that Sadler’s Wells created with Company of Elders and others, in collaboration with West Ham football club, in September. Again, it used recorded memories collected from company members, this time about being football supporters, and tried to recreate a sense of the terraces.

Company of Elders dancers have greater limitations on their movement and stamina, of course; however, there seemed an overall paucity of ideas of what to do with them in these pieces. There was a feeling of meandering in all three – and the occasional nice touch didn’t really make up for this unsatisfying lack of focus. It also seemed a shame, given how much the company is asked to use hand and arm gestures, that those movements often weren’t finished properly, making things look unnecessarily scrappy.

Among the short films, Move About It, by Bath’s Yama Dance Company, was a simple but cheering paean to dancing when you’re older, which felt rousing in a way the live performances did not;  A Rare Glimpse had a couple duetting around an artist creating a painting on the floor; and It’s Only Ever Now took a Kate Tempest poem and a pub setting and created a work of pugnacious defiance. 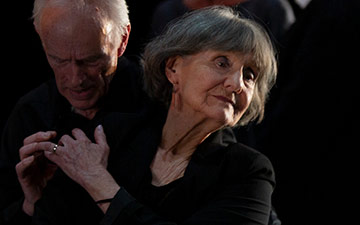 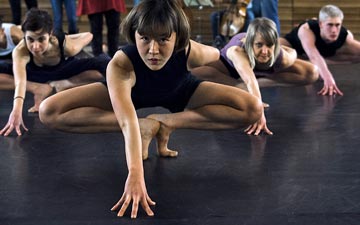 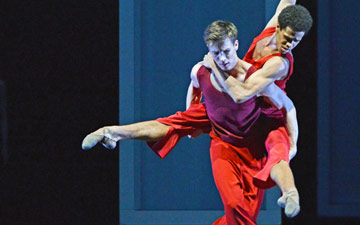