For their new show Where Home is + Playing Audience, the three remarkable women who go by the name of Nora, explore and adapt the work of American choreographer Deborah Hay. Now Hay, a spiritual guru of choreographic experimentation and one of the founding members of the Judson Dance Theatre back in the 60’s is an appropriate guest for the experimentally hungry Nora. Her choreography however is not always the easiest to grasp but Eleanor Sikorski, Flora Wellesley Wesley and Stephanie McMann, in their pioneering and gutsy spirit, do a fine job. Their show combines a piece made by Hay for Nora followed by a short lecture-demonstration in which they guide us through different frames for watching dance – inspired from their viewing of Hay making a solo.

As we settle in our seats, the three women are already exploring space, behaving in a disorientating fashion, and also not doing much. They perform fragments of movement, a gesture, a half-hearted technical step; they could be warming up, then again this is probably part of the show as there’s nothing conventional about tonight’s performance.   Sometimes they become preoccupied with the back wall or what’s going on behind the curtain but everything they do whether dancey or pedestrian is given the same treatment.

Even when Where Home Is begins, very little happens. We wait and we watch.  They glance at each other with slight awkwardness then McMann bounds towards the centre stage pausing to strike a Greek statue pose, one leg turned in, the opposite arm raised as if holding a libation. She stays in this posture for some time, while Sikorski potters around, trying out bits and pieces of movement, cool and collected as ever. Wellesley Wesley looks a little more menaced, swizzling her head up and down, distracted by noises off stage, obsessed with the immediate space around her.  There’s something charmingly peculiar about what they are doing and how they are performing it. They are connected to each other and to the audience but also fixated on their own internal agendas.

At various points there is an escalation of movement – such as the spinning section to which all three devote themselves. Then there’s Wellesley Wesley’s ungainly gig, performed jauntily back and forth across the stage in which she is bossily driven on by Sikorski and McMann’s shouted encouragements. It’s hilarious and absurd.

While performed in silence apart from the occasional bursts of song, we become aware of other incidental noises in the studio. I’m so transfixed, it takes me a while to realise that the whirring noise is actually the air conditioning rather than a sound track.

Where Home is presents us with multiple viewing and listening options that we may not normally consider when we watch dance. This is Hay’s way of enlarging what we see as an audience. As we learn from the Playing Audience section, so clearly demonstrated and explained by the three performers, Hay invites us to imagine that nothing is fixed, that space is not empty and can be anything we want it to be and that we should watch with our bodies not just our eyes. While I was familiar with embodied watching and the notion of free flowing connections between bodies in performance, I struggled more with what we project into space. These concepts are challenging, particularly for non-dancers, but Nora guides us through them helpfully so that possibly next time we watch dance we can adopt them as liberating new perspectives.

Hays’s programme note states “I am interested in choreography that does not look like anything and is performed by exceptionally astute and experienced dancers,“ and this is a fair summary of Nora’s show. 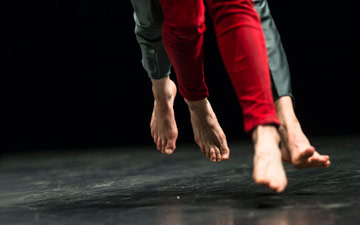 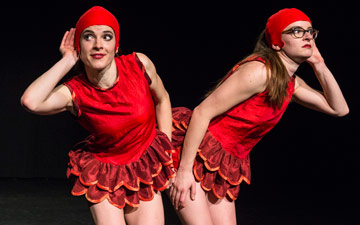 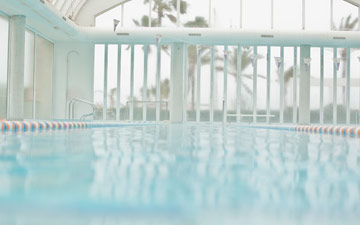 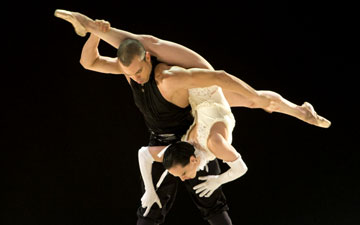 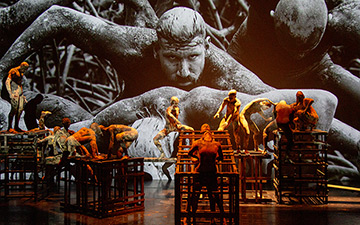