Fame may not live forever but the eponymous show that David De Silva created back in the late 1970s has run-and-run for forty years; in countless stage revivals, Alan Parker’s award-winning film (the last-ever MGM musical), a long-running TV series and through a great title song that many people can hum in their sleep. Its longevity has a lot to do with a great story, strong characters and an ageless emphasis on the hopes and fears of young people.

This revival, directed and choreographed by Nick Winston, was first created to celebrate the thirtieth anniversary of the stage show and has toured the UK with considerable success before, belatedly settling for a month at the Peacock Theatre in London. It’s an excellent production and one can clearly see why it has been so enduringly successful.

The action is set in the High School of Performing Arts on New York City’s West 46th Street, a real institution that was renamed LaGuardia in 1984 to commemorate Mayor Fiorello H. LaGuardia (who had essentially founded the school’s forerunner in 1936). It represents the interlaced journeys of a group of young people, beginning with the show’s first number (I pray I make PA) articulating their ambition to win a place at the school, through freshmen year, in 1980, to their graduation in 1984. Fast forwarding these relationships to fit into a two-hour show presents some issues of continuity, which are dealt with less well in the confines of a single stage than I recall on screen. Months go by in the blink of an eye leading to quick-fire narrative transitions. The ambitious Carmen (an excellent performance by Stephanie Rojas) drops out of the school to take a spurious job in LA but, after what seems like just a few moments, she is back as a homeless drug addict on the streets of New York.

The period was well established by a clever multi-level set design, featuring a backdrop comprising portraits from a student yearbook, into which have been embedded photos of the students represented by the cast (one or two of which have been obviously superimposed onto original photos, the head being slightly out-of-kilter with the neck and torso). Nonetheless, the set designs (by Morgan Large) and Prema Mehta’s lighting are integral to achieving a timeless take on a period I remember so well! .

The young cast were universally excellent with special kudos to Molly McGuire who was convincing as the initially unworldly Serena. If we wondered how such a shy and unprepossessing young woman had made it through that arduous selection process to gain a place at PA, any such doubt disappeared the moment she sang: her two solos (Let’s Play a Love Scene and Think of Meryl Streep) were showstoppers and McGuire has a strong clear voice for descriptive ballads reminiscent of Barbra Streisand or Lea Michele. She’s that good.

Mica Paris was Miss Sherman, the High School principal whose concern with academic standards was largely aimed at Tyrone (Jamal Kane Crawford), hiding his illiteracy by copying the work of his love interest, the star pupil, Iris (Jorgie Porter). Both Porter and Paris were a little lost in the overarching drama, although the latter came into her own in the heartfelt soulful number, These Are My Children – a significant highlight of the second act. Keith Jack and Albey Brookes made memorable contributions as Nick and Joe respectively; the latter’s performance of the ode to young male testosterone in Can’t Keep it Down (only one guess allowed as to what “it” means in this context) was suitably hilarious and Simon Anthony was the sad pianist/composer in love with Carmen. His rapport with Rojas in their mutual “composition” of Bring on Tomorrow was touching.

The strength of an ensemble piece – as this most assuredly is – often lies in the enthusiasm and energy of the unnamed characters in the support cast and these young dancers were superb. One young woman named Courtney George was infectiously present in the moment throughout every number, despite (as I recall) having only a single line of dialogue.

Winston’s choreography is slick and well-organised in terms of moving many bodies in unison and the dances for the title number both in its original form and in the post-curtain call reprise was appropriately effervescent, bringing the audience to its feet in a rousing finale. The show runs at the Peacock until 19 October and with a strong and familiar story, an excellent songbook, well performed, and a pacy theatrical momentum, it is highly recommended. 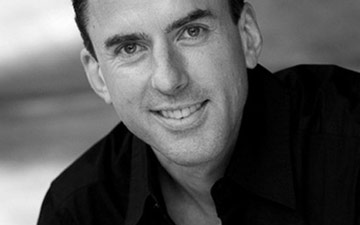 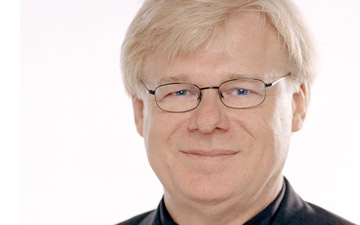