Dive by Sophie Laplane will premiere on Thursday 29 April at 1pm to celebrate International Dance Day. The new short film is co-created with James Bonas and directed by Oscar Sansom, and tickets can be booked via Scottish Ballet’s free membership here:

Q: Tell us all about Dive – the inspiration, music, design and what you hope the audience will get from it…

SL: The inspiration came originally after seeing a play called Art by Yasmina Reza, about a man who buys a white monochrome painting, and the way in which his friends react to it. It was fascinating how something so simple could provoke such a strong feeling within a group.

From there I became interested in monochrome as an art form, and came across Yves Klein and his obsession with monochrome blue; digging a little deeper into Yves Klein’s life and work, to develop Dive from there.

He was a visionary and conceptual artist in the 1950s and 60s, who was quite a controversial figure and who really pushed the boundaries surrounding what art means. I collaborated with Co-Creator James Bonas, who is a fabulous and inspiring creative artist, to approach the piece as an abstract concept. It is inspired by Yves Klein’s ideas, rather than him as a person.

Dive is a bit a like a monochrome in that it’s not ‘about’ anything but leans into what the audience experiences or gets from watching it. It’s a multi-layered piece that provokes more questions than answers.

There are some surprises and unexpected elements in it so I hope that the audience will engage with the film to create their own personal responses to it; it’s a case of the unexpected, which is also heard in the music. For example, there are various contrasting pieces of music; from Schubert to heavy metal, with a hint of elevator music in between, to amplify the ideas of disruption and stillness.

How different is it creating for film rather than the live stage? Is it much more complex?

James Bonas and I both come from a stage background, so film is new to us but we are aware of the possibilities that it can create.

For example, on stage, you need to work out your transitions from one scene to another by physically moving the dancers from one place to the next, whereas on film the camera does that for you. Another obvious difference is the use of close up which you can’t do on stage, so every tiny detail is made visible.

Making a film creates a finished production, that adds permanency, whereas on stage you can continue adjusting to make every performance different. In some ways, film is a whole new world for me as a Choreographer, with its own language and possibilities, but working with Director Oscar Sansom was an incredible experience.

He came to rehearsals and we worked together on how to make the movement in the studio the most impactful on film. Obviously digital will never replace the excitement of live performances, but it’s something different and has definitely opened new possibilities.

The whole collaboration of this project, with everyone bouncing ideas off each other – James, Oscar, the dancers, the technical department and music department of Scottish Ballet –  made for a multi-faceted experience to create something new for us all.

What’s it been like creating under Covid restrictions, and how long has it taken?

With Dive, I was actually working in the studio; wearing masks to work with half of the company. It was great to be back with the dancers again, as we had time to work together and experiment; to explore and to try out new things.

The actual shoot was only two days however, which was very tight, so all the groundwork had to be done in the studio and ready to go.

This was a very different experience from my previous project with the company Indoors, which was filmed as a ballet via Zoom with the whole company in their individual homes and houses. It was a challenge as things took longer, and the editing was quite something!

What’s your earliest dance memory, and what would you be if you weren’t a dancer/choreographer?

Funnily enough, given the ‘blue’ theme of Dive, one of my earliest dance memories was making up my own choreography to True Blue by Madonna. I must have been about five at the time, before I started classical dance.

If I hadn’t become a dancer, I may have thought about working for a travel guide like Lonely Planet because I love travelling and discovering new worlds, but I have to say that, after my recent experience with Dive, I’d be really attracted to film directing as it’s another whole new world too.

What’s your motto or mantra in life – what carries you through no matter what?

When faced with the impossible, just believe something possible will come out of it. That really helps when I get a creative block.

Bonus Question: Tell us a joke?

How do you persuade a grizzly to come out of his cave?
Camembert ……
(This must come from my love of cheese, and being French half speaking) 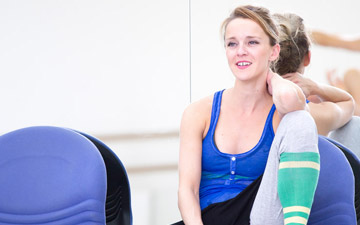 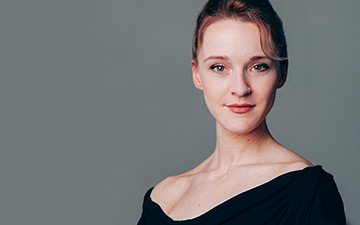 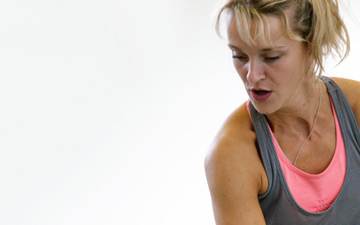 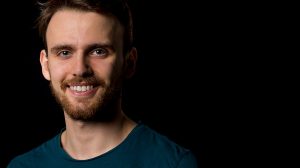