See Ephrat Asherie Dance as part of NY City Center‘s Fall for Dance Festival on the 15/16 October where the company appear in Program 2 (along with Stephen Petronio Co and Houston Ballet). FFDF runs through until the 24 October 2021.

Every autumn since 2004, dance fans have flocked to New York City Center’s Fall for Dance, a two-week festival held in City Center’s spectacular neo-Moorish theater. The festival is a smorgasbord of mixed bills featuring celebrated and on-the-rise artists, commissions and signature works, and an atmosphere that can only be described as joyful. And on top of all that, every ticket is just $15.

Every autumn, that is, until 2020, when City Center endured the covid closure, and Fall for Dance was held online. For the record, the online festival was spectacular too, in its own bittersweet way. But Fall for Dance is back, and this year’s artists range from Lil Buck, STREB EXTREME ACTION and A.I.M by Kyle Abraham to The Verdon Fosse Legacy, Step Afrika!, Tiler Peck and Herman Cornejo, and Ayodele Casel.

Among them will be Ephrat Asherie Dance (EAD), whose blend of Latinx and African American street and social dance styles is a marvelous alchemy of hip hop, house, breaking, vogue, and exuberant originality. Founder, artistic director, and choreographer Ephrat Asherie is the recipient of many prestigious fellowships, commissions, and grants, as well as the 2016 Bessie Award for Innovative Achievement in Dance, and is a frequent collaborator and performer with Dorrance Dance.

On the festival’s second program, running 15-16 October, EAD will perform ODEON:Redux, a festival-friendly adaptation of the full-length work ODEON, which premiered at Jacob’s Pillow Dance Festival in 2018. ODEON is set to music by Afro-Brazilian composer Ernesto Nazareth, and joining the seven dancers onstage will be a quartet led by Asherie’s brother and ODEON collaborator, the jazz pianist Ehud Asherie. I spoke with Ephrat via Zoom a few days before EAD’s performances.

Q: The first time I saw you perform was in 2017 out on the West Coast with Dorrance Dance. You and Matthew “Megawatt” West stood out because you were a b-girl and b-boy among tappers, but you also stood out because you have a very personal style of dancing. I always feel like you’re telling a story.

EA: That’s so meaningful to hear, thank you. It has a lot to do with the fact that the forms, the dances that literally gave me an artistic life – hip hop, house, Latin hustle – these are all dances that tell stories. Because they come out of specific histories, specific communities. As African American and Latinx vernacular forms, they are speaking of a history that is complex, that is about struggle and resistance and triumph and joy and pain. So when I encountered all of these dances, coming up with hip hop first, and then getting into breaking and house, I was getting all of these different parts of the story as I was going along. And because I was able to dance with people that had been part of those first two generations, and then the third generation of the pioneers of the dances, it was coming to me in these immensely rich, beautiful ways. I think that made it clear to me how powerful these dances are, and how movement and storytelling are connected at all times.

Do you feel that storytelling aspect differently when you’re doing a solo versus when you’re dancing in relationship to another dancer?

Yeah, that’s a lovely question too. I never feel like a solo is a real solo. Because you’re always in relationship to something – to the floor, the space, the music, or if there’s no music, then your own pulse or sense of timing. You’re in relationship to those that were in the space before you, or your ancestors. There’s always a relationship to what you’re doing based on who you learned from, how these dances were passed down to you. I feel that sense of community with me, even when I’m dancing by myself. Sometimes it’s as simple as, “This movement reminds me so much of this person.” Is it different with a solo? Of course, because when you’re dancing with an ensemble, you can feel the breath of someone next to you, and if someone’s tired you support them. But you can also carry that with you when you’re dancing alone. The true vibe of a cypher {a freestyle dance jam, with individual dancers taking turns inside a circle of other dancers}, at least in the underground scene in house, is that the collective conscience supports the individual voice. Those that are around you see you and support you, and then that inspires them to dance. The exchange of energy is happening all the time, and I think that’s why it doesn’t feel alone, even if it’s technically a solo.

So basically, for you there’s no such thing as an empty room. There’s always a spirit energy that you’re feeling.

You’ve melded all of these influences, and your style is so rich. How do you see yourself growing even further?

Of course, like many artists during the pandemic, I am very interested in films and dance for the camera, and telling stories through that medium. Working with nondancers is exciting to me – involving more people whose stories are not usually connected to movement, and what does that do to the way they tell stories? And of course there is always more to investigate in anything that you are doing. Through Michelle Dorrance I got to meet the legendary tap dancer Brenda Bufalino after a show. She was really kind, and she asked me what was underneath it, what was behind the things that felt thrilling or exhilarating. She’s someone I really respect, and that stuck with me. I think that’s part of what’s next, like what is the underbelly of things, the even deeper look in?

What a gift to have someone offer that to you. To be constantly growing – that’s ideal.

That’s exactly it – we don’t want to feel like we’re stagnating as artists. We want to feel that sense of – it’s not as simple as, “Oh, I’m inspired.” It’s like, what’s the fire? How do we keep that going? And maybe it isn’t even inspiration, maybe it’s just the thing that’s annoying me, and it’s a puzzle you have to get around and inside of. It’s not as simple as inspiration.

The last time I saw you perform was actually at Fall for Dance in 2019, the last one before the pandemic. How does it feel to be going back?

It’s so exciting. It’s pretty sweet and special – we were invited to perform, and ODEON is really meaningful to us, and my brother’s going to be playing. It feels very momentous, and what a way to be back performing in New York, in the biggest venue we’ve ever performed in with my own work – it’s 2,700 seats.

In what ways is this piece a variation on ODEON?

The beauty of Fall for Dance is that audiences get to see several different companies in an evening, so you can’t present an hour. What are you going to show? What is gonna let audience connect to what you’re doing, let them know what you’re about? So we’ve called it ODEON:Redux. I think it gets at some of the essential qualities about the work, a lot having to do with the relationship between the musicians and the dancers, and a lot having to do with our relationship to each other as performers. Playfulness, but also athleticism and vitality of movement, and how we can move in and out of spaces of vigorous movement and then really just calm it down.

And your brother and the other musicians will be playing live onstage.

I enjoy dancing to my brother’s music so much. He introduced me to the music of this composer, Ernesto Nazareth. The way my brother plays it, that’s the way I first heard it, that’s the version of the music that made me want to choreograph to it. The thing that’s beautiful is that every pianist has their own take on it, but the way I first fell in love was it was hearing my brother playing. So whenever we get to perform it together, it’s such a nice feeling.

Thank you so much, Ephrat. 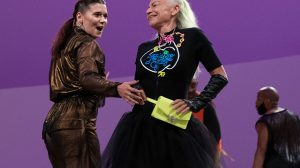 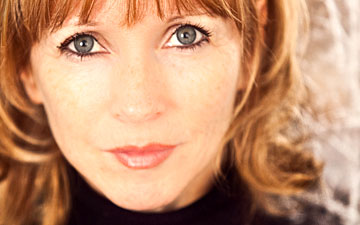 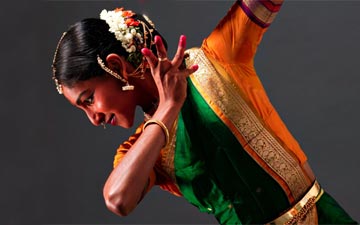