Northern Ballet has taken over Sadler’s Wells this week and open with a bodice-ripper of a narrative ballet by artistic director David Nixon. Created in 2004, this production of Dangerous Liaisons is in many ways God’s gift of a ballet for Covid times – it has a minimal cast of nine (plus two walk-on roles) and minimal sets. Because of the well-known film it’s a title that has huge resonance, if the story itself is very dense in detail, and in seeking to tell it pretty fully the never-ending parade of duets can give indigestion.

Dangerous Liaisons is set in pre-revolutionary France and tells the story of two aristocrats who, with no other cares in the world, plot and scheme the manipulation and sexual corruption of others. The manipulative man is the Vicomte de Valmont and the manipulative woman the Marquise de Merteuil, and in modern parlance, they might both be thought psychopaths and he perhaps a sex addict. Read the full story, and about other characters, here .

Dangerous Liaisons is in part a psychological thriller, dark and mysterious, but sadly that doesn’t really come over in the telling we saw. The music doesn’t help; a lot of Vivaldi Four Seasons which rather lacks the gravitas to match the action. The music is largely pleasant, but the story is not. The action itself is for the most part composed of duets and a few larger interactions, all in terrific period costumes (by Nixon). But it is played out against a minimalistic set that doesn’t change throughout the two acts, other than 5 chandeliers ineffectually changing height to signify different scenes. You keep thinking that there will be a major ballroom scene around the corner to add some different visual punch (and possibly fit the music better) but nothing comes. The pas de deux, like the music, are largely pleasant and athletic, with women’s legs often scything the air way above heads, or wrapped around their man. But for the most part, the duets felt somewhat superficial, rather than mining a deeper level of murky emotion (and sex!).

Normally Northern Ballet act their socks off in bringing a plot to life, but on this occasion it wasn’t always so believable. Two subsidiary roles hit home with Antoinette Brooks-Daw’s Madame de Tourvel showing a heartbreaking fortitude and collapse into love and despair, and Rachael Gillespie’s Cecile Volanges as an effervescent and naïve teenager. Both totally believable. Soloist Joseph Taylor got the lead role of Valmont and rather came over as a caricature villain who wanted lots of sex – it didn’t seem to channel the dark and complex side. Hopefully, it will develop. With one half of the central duo not fully connecting, I think it was not so easy for Abigail Prudames’ Marquise de Merteuil to shine although she does take more command as the night progresses.

All up it feels like a dangerous story is just not told in a particularly dangerous or surprising way. It’s recently been announced that David Nixon, after 20 years at the top of the company, is standing down as artistic director. He’s achieved an awful lot in that time and some of his numerous other ballets will be bound to tour post-Covid and act as a far more fitting way to remember his contribution to one of the country’s strongest touring troupes. 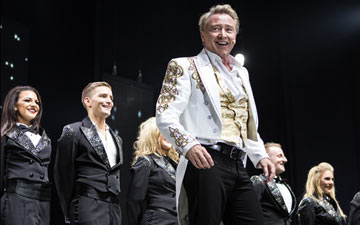 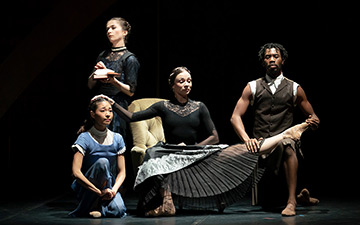