Good to see Northern Ballet back at the Royal Opera House with a mixed bill of 5 new and old works, rather different from the full evening dramatic ballets with which they tour the nation. That said they opened with Mark Godden’s Angels in the Architecture which, with all its flowing skirts and many turns, does not seem so different from their normal narrative style. It’s about Shakers and set to Copeland’s Appalachian Spring so you’d think there would be serious spiritual chops about the place, but not a bit of it – this is a take on Shakers as if done by Disney. Or you might even think by the Carry On team at times, such is the penchant for Shaker ladies to lift their skirts and show their knickers. This and the endless play with brooms and chairs is actually all done with the best of tireless theatrical good will and a passing nod at Martha Graham’s own Appalachian Spring as well. It’s just not a piece to ponder on or look for insights into a religion built on the foundations of its own self-destruction.

Christopher Hampson’s Perpetuum Mobile, originally for English National Ballet with a young Tamara Rojo in the lead, is a happy piece of neo-classicism to Bach’s well-known Violin Concerto in E Major. For 9 dancers, it fizzes with interesting entrances, lifts and partnering, not least in the adagio central pdd where it assumes a more pensive and serious air before we all toast with its champagne fizz again. The lead couple were Lucia Solari and Javier Torres, dutiful and fine respectively, but it’s not a piece to quibble much about – Northern Ballet dancers smile and get their feet around the crisp steps and the world is a very good place to be for 18 minutes.

Demis Volpi’s Little Monsters is a piece of pleasant froth to three Elvis Presley numbers that charts the togetherness of a couple in an often-close duet with unusual grabbing partnering. Good to see a time or two but then it would wear thin. Abigail Prudames and Isaac Lee-Baker sold it well. Jonathan Watkins, ex Royal Ballet, is currently making Orwell’s 1984 as a full evening Northern Ballet work (it premieres in September) but his Northern Trilogy, shown here, is a long way from that. No music, but 3 Stanley Holloway monologues given life by 6 dancers. Some of the movement is totally aligned with the words – miming what is said – and then at other times it breaks free and goes with the emotion. Well judged by Watkins, it’s a homely piece of ballet goodness for us oldies and great to hear “The Lion and Albert” once again.

Kenneth Tindall’s The Architect (interview) is a little jinxed for me – I first saw it on its premiere run in Leeds last year, but there was a prop failure and there was again this time. The second interval became much extended because the computer that flies backcloths crashed and ROH weren’t in a position to sort it out. David Nixon (Northern Ballets director) gently explained the problem to us all and asked us to kindly forgive the lack of backcloth. No problem really, and at last I got to see the show run through including all the cleverness with apples I’d missed last time. Apples? It’s a piece about Adam and Eve, but a sci-fi telling almost, with very futuristic sets (Christopher Giles) and stunning lighting (Alastair West). It races through its ideas from the clever birth of Adam(s) to the undoing of them all and I love its fine sense of theatre throughout – the last 20 seconds are particularly breathtaking and very unexpected. The movement is a mix of sharp modern and older values – doing distinctive things in canon or unison. All up I like Tindall’s fusing of new movement to theatre, although I still wish I could understand all its references. It will be interesting to see more of his work now that he’s decided to stop dancing, leave Northern Ballet and go freelance. Good move and good luck to him. 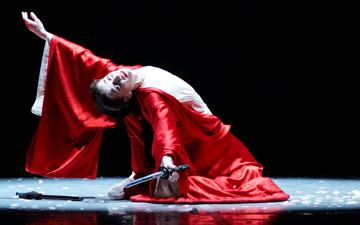 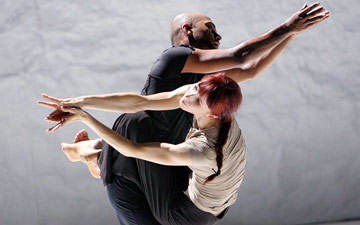 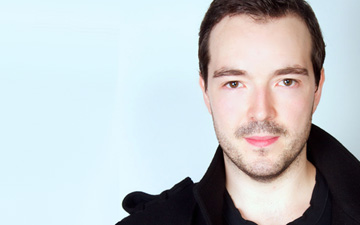 Kenneth Tindall – Choreographer, on his new work, The Architect 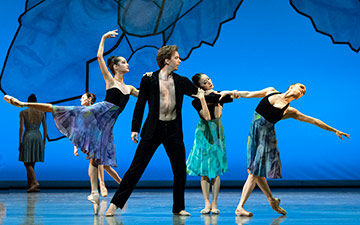