This is turning out to be a very good season for Kenneth MacMillan’s Song of the Earth. We saw a  deeply moving interpretation from Scottish Ballet at Sadler’s Wells a couple of months ago, and last night, as the second half of a Royal Ballet double bill, it again looked like a masterpiece. This hasn’t always been the case at Covent Garden – I remember once taking a non-ballet going friend to such a dim and dreary performance that I don’t think he ever came back – but these days the company can show some very fine casts, and Tamara Rojo must surely be one of the greatest ever exponents of the leading role.

On this occasion she had strong support, from a well-matched corps de ballet, from Sarah Lamb in ‘Of Youth’ and Lauren Cuthbertson and Ricardo Cervera in ‘Of Beauty’, from the singers (Katharine Goeldner and Toby Spence) and from the orchestra under Barry Wordsworth. Carlos Acosta now gives a pared down, very simple reading of the Messenger of Death: he’s doesn’t go for menace or terror – instead, he’s calm, implacable and inescapable. Rupert Pennefather, making his debut as the Man, needs to work on the emotional aspect of the role to balance his already  imposing physical presence. (He looks as good in this costume as surely anyone ever did.) But it’s Rojo I will remember – particularly, on this occasion, the way her perfect composure in the early scenes splintered into anguish in her despairing bourrées as death approaches. This is the real thing.

I wish I could be anywhere nearly so enthusiastic about the other half of the programme, Frederick Ashton’s lovely The Dream. It’s hard to know how much the performance was affected by the sudden withdrawal of the planned Oberon, Sergei Polunin. Obviously, both his replacement Steven McRae and Alina Cojocaru as Titania had been working on interpretations to complement other partners, so it would not be fair to complain about their interaction; but even allowing for that, this was a very uneven show and had more of the air of a final rehearsal than something ready for an audience. I loved Cojocaru’s playing of her scene with Bottom-the-donkey: after a very low-key opening she suddenly blossomed into a sweet silliness, dottily besotted by her bizarre lover –  I’d been watching a programme about Judi Dench the night before and Cojocaru brought her strongly to mind. Elsewhere, though, she seemed to me too much on one note, especially in the great final pas de deux – at it’s best, it’s a narrative rather than a happy ever after piece, and I didn’t get any of that from Cojocaru, or from McRae either.

McRae is far from the first to discover that Oberon is not a role that can be conquered by throwing technical brilliance at it. I hope that as he settles into the ballet he will stop trying quite so hard to impress: this isn’t a higher-faster-stronger piece – 100% will do, and I got quite irritated by the way McRae so visibly cranked up an arabesque or went into over-drive in a pirouette sequence. I’m sure he does actually have what it takes to make the role his own, but he needs more character and less obvious effort –  I’d guess he will look much more convincing even by the end of this run.

I liked Jonathan Howells as Bottom, but Valentino Zucchetti, like McRae, was concentrating too hard on his jumps and spins; Itziar Mendizabal was the best of the quartet of lovers. But, like Enigma Variations earlier in the season, the whole performance looked disappointingly bitty. 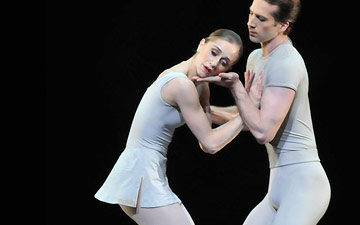 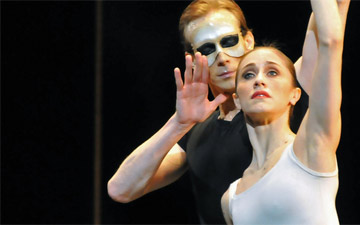