1)      So how did the idea of starting New English Ballet Theatre come to you and where are you based?

I realised there were a lot of support systems for emerging and talented singers, musicians and actors, and that the same bridge organisations didn’t exist in ballet.  The major ballet companies are caretakers of our great classical tradition, but there just isn’t sufficient stage time to present enough new dancers or new work.  There are many young choreographers who are working in major companies who want to choreograph for us because they want to get their work shown.  There’s a lot of dance talent too and they have the same problem; there are maybe two places in each major ballet company every year and probably two hundred dancers who want every single one.  Levels of school training have improved year on year so competition is fiercer than ever.  I decided to form New English Ballet Theatre to fill that gap and to be a link between the dance schools in Europe and England and the major ballet companies. We’re essentially a performance platform for dancers, choreographers, young musicians and artists.  I’m very inspired by Diaghilev’s creative template! Creatively speaking, NEBT is a cross-discipline company, drawing talent from across the arts and merging them in performance. We are working with young musicians and soloists, and have commissioned set designs from emerging artists, including the use of projection art.

We are currently operating out of Sadler’s Wells, which is where the vast majority of our rehearsals are taking place, but the company is run administratively from our base in West London.

2)      How does it work? It’s not a standing company so how do you select your dancers and how long are they with you for?

The auditions are posted with all the major dance schools and in Dance Magazines, and take place in December for the following year’s season. Dancers are then selected by a judging panel which includes both past and current dancers in the major companies, some commissioned choreographers and myself. Even for our debut season as an unknown company we had hundreds of dancers applying to audition.

For this, our pilot season, the dancers are with us for just under three months – covering the rehearsal period and run of performances at the Peacock Theatre (4th-8th July) as part of Sadler’s Wells Spring/Summer season. Off the back of what we hope will be a very successful run of performances, we aim to extend the performance and contract period next year – travelling to dance festivals around the country with the show. This year, however, it’s all about proving ourselves!

3)      You are commissioning a lot of young choreographers, but not all – what’s the philosophy on putting your shows together

I’ve always envisaged NEBT as an apprenticeship company of sorts. I like the idea of placing young up-and-coming talent near established talent and having the former learn from the latter. For the dancers, they can develop their personalities, technique and confidence in rehearsal and on stage; and we have some very established guest artists in our gala dancing alongside them. With our young choreographers, we chose those whose work we found beautiful, innovative, or boundary-pushing in some way, and wove them in with established work, for several reasons. Firstly, to share a bill with Michael Corder or Wayne Eagling is a great confidence boost for our younger choreographers, and secondly, for the audience, knowing the name of some choreographers on the programme can be important to whether they attend the show, which in turn shines more light on our lesser-known works. It’s all designed to be symbiotic!

People did tell me that I must be totally crazy, but I’m pleased to say we have since proved them wrong! We currently do not rely on any government funding; we have a body of staunch supporters (trusts, foundations and individuals) who believe in us.  NEBT is a seasonal ballet company which will showcase new work annually and, for now, we’re working on a project-by-project basis.  I think it’s part of the attraction for our supporters because NEBT’s remit is unique.

5)      This is the first year – what are your wildest plans and hopes for the future?

Putting on performances that enable our young artists to please and thrill the audience.  Giving everyone in their emerging careers a chance to shine in soloist roles.  Developing their individuality as performers and helping them to develop their confidence which only performing on an international stage can give.  This goes for our musicians, choreographers and visual artists as well as for our dancers.  We will also carefully track how being with NEBT augments their ongoing careers. We would like to see London grow as a centre for modern ballet in the same way New York and Paris have; there’s an exploding appetite for this sort of programming and we want to be a major part of it, not only on city stages but eventually in arts festivals and other arts venues internationally. 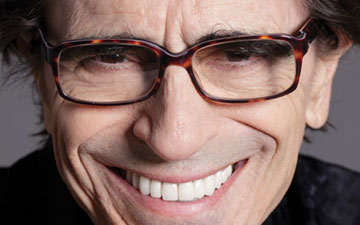 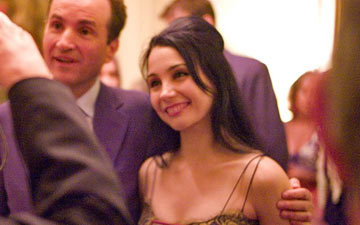