This show defied the norm: a counter-intuitive observation about a spin-off from the archetypal routine of a Saturday evening institution that millions of us watch with our feet up. But, we mostly go to see a show to suspend reality; to become absorbed in another world (as evidenced by either English National Ballet’s The Sleeping Beauty or The Royal Ballet’s Swan Lake, both showing, simultaneously, and within a few hundred yards of this performance). This, on the other hand, was entertainment exclusively based on the real lives of its two lead performers, Kevin and Karen Clifton, both as extraordinary dancers and ordinary people.

There is a lot of talk in this show. Perhaps, a little too much. Although, it is slickly and honestly delivered by two entertainers who have become accustomed to speaking, on camera, to millions. Their banter has natural repartee and the comic asides are timed with all the professionalism of a well-honed double act. The media has been full of stories about their unravelling marriage for many months, with all kinds of ‘official’ – and clearly, unofficial – announcements splashed across the tabloid press and website equivalents. It was not a subject that I imagined connecting to this dance review but, right from the top of the show, they made it an integral element of the performance.

Initially, it was referenced in a jokey style – as if they were addressing a group of friends (which, in a sense, they were); starting with a mock formal announcement to confirm that certain rumours were true. Having led the audience on with a deliberately meandering monologue, Kevin eventually confirmed Brendan Cole’s exit from Strictly! This then led into a “Fred and Ginger” style discussion (“you say tom-aah-toe, I say toh-mate-oh) of the respective pronunciations of a boy from Grimsby and a girl from Venezuela: she says “pay-ey-ah” (paella), he says “pie-ella”; she says chorizo; he says, “spicy sausage”! At which point, Karen quips, “now, you can see why it didn’t work out”!

One assumes that this light-hearted way of dealing with their emotional difficulties was designed to put the audience at ease and it clearly works for them to address this potential awkwardness, upfront. In any event, much of the show is about their rivalries, dressed up in reminiscences of the influences that turned them into professional dancers. It begins with Karen’s homage to Gloria Estefan (it is her correct Hispanic pronunciation of La Estefan’s name that begins their war of words), followed by Kevin’s tribute to Michael Jackson.

The pair’s physical differences are exaggerated in these back-to-back sessions. Her exotic, long-legged, Latina beauty juxtaposed with hapless Kevin’s sorrowful entry, sporting an over-sized panama and already-defeated attitude. Later, his bared, white torso appears (deliberately) out-of-place with the tanned, toned physiques of the other four excellent male dancers (amongst whom was former National Dance Award nominee, Danny Collins). She says – exasperatingly, as if from experience – that he should have tanned; later, Kevin accuses Karen of battling one of those aforementioned men for control of the tanning lotion! Despite the self-deprecation, including a funny story of how his Jackson ‘lean’ went all wrong on a live Strictly show (partnering Susanna Reid, remember?), Kevin shows his lifelong devotion to MJ with an excellent assimilation of the latter’s dance in Smooth Criminal. Having enjoyed a high scoring draw they went on to a replay: she, as Beyoncé, in Crazy in Love; he, the Elvis of Jailhouse Rock.

Towards the performance’s conclusion, Kevin gave another speech. This time heartfelt, sincere and, to their legion of adoring fans, no doubt, tear-inducing: “we’re just an ordinary couple, going through ordinary stuff”. It was notable that he introduced his dance partner as, “my wife, Karen Clifton” and, they teased the audience by not dancing together in any appreciable way until late in the second act when the pair brought the house down in a Moulin Rouge segment followed by the adorable Let’s Face the Music and Dance.

The programme was well-structured, including some odd choices that worked surprisingly well (such as an ensemble dance to Mika’s Grace Kelly), more obvious references, such as the West Side Story sequence, and others that had a personal relevance: a Fame tribute to Karen’s own schooldays at New York’s High School of Performing Arts; and a Paso to mark Kevin’s fascination with the Scott Hastings character from Strictly Ballroom (like fictional Scott, Kevin, too, has parents who were champion ballroom dancers, with their own dance school). This was the middle of a triptych of Baz Luhrmann films that inspired dance sequences in the second act; beginning with Romeo and Juliet (a gorgeous, romantic duet for Patrick Helm and last year’s Strictly debutante, Dianne Buswell); and culminating in an ebullient final section danced to that music of Moulin Rouge, including the headliners’ passionate interpretation of Come What May and an excellent ensemble routine to Roxanne.

The show was considerably enlivened by a great, little orchestra – just 13 musicians performing the work of 30, under the excellent direction of Clive Dunstall (with violinist, Hazel Ross, to the fore) – and two outstanding singers. The range of Alison Jiear and Jon Robyns was impressive and their duet to the Elephant Love Medley (think Nicole Kidman and Ewan McGregor) was so stunning as to rightly enjoy its own standing ovation.

The show’s slickness, with no loss of momentum through many transitions (including a brief hilarious Generation Game-style interlude to choose a member of the public as an extra support dancer) owed much to the experienced oversight of Jason Gilkison (founder – with Peta Roby – of Burn the Floor and Strictly’s creative director, since 2012). His influence can surely be seen in the crescendo-building finale, a regular facet of Burn the Floor, which sent the audience home on a high.

Kevin first appeared, wearing a sparkling, long-tailed jacket of the ringmaster style, immediately bringing to mind Hugh Jackman in The Great Entertainer. Kevin may not have that same magical, macho panache but his empathetic naturalness, comic timing and self-assured ease of presentation gives “Kevin from Grimsby” all the advantages to emulate Len Goodman and Anton du Beke in pursuing an entertainment career alongside (and one day) beyond that of a dancer.

The headliners are approaching the later stages of their dancing careers. Some of their movement – in the midst of a long tour – may not be as slick as it once would have been (both dancers are former competitive champions on the world stage) but their dancing is filled with chemistry and character. Indeed, the whole show was characterful. Whatever happens to their personal lives off the stage, they bring an abundance of meaning to their dancing, together.

Their UK Live Tour continues until the end of July. 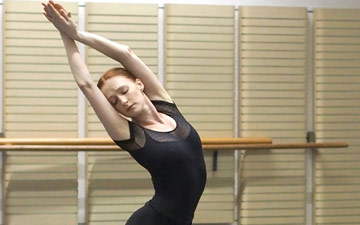 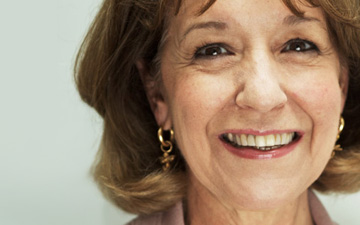