Nur Du is the second in the series of World Cities performances by the Tanztheater Wuppertal Pina Bausch, each celebrating the city in which it was made.  The series opened with Rome (Victor): now we have reached Los Angeles, where this work was made in 1996. Bausch seems to be in a sunnier mood here than in some of her works but there are still many dark undercurrents and some images that leave a lingering disquiet.

Wherever we might go, we are still in Bauschland.  It may not be a geographic space but it is has distinctive qualities. Here there will always be men in suits, and women in long, elegant, slight worn dresses. There will be chairs.  And as the sign on the Barbican doors also says: “Warning: smoking takes place during this performance.”  There will be some nudity. There will be some startling bits of dressing up. Any visit there is always lengthy (this performance was three hours and ten minutes, including interval). There will be some dancing, though not necessarily very much, and some shouting.  Relationships between the sexes will be problematic.  And so it proves with Nur Du. Men and women come and go, in a series of little scenes, bickering, talking, dancing, and doing the most unlikely things, some of which still seem to embody some unsettling insight.

Bausch chooses to evoke California by a set dominated by massive tree trunks, possibly giant redwoods.  Occasionally there are projections that turn these into a jungle that might be the Garden of Eden: once we were underwater and joined by a giant whale to a fit of giggles from the audience.

The key theme may be introduced by the glamorous blonde woman who cries out “Movies!  I want to go to the movies !”  Later we have Dominque Mercy in an elaborate blue gown, mirrored on a screen above him declaiming a series of famous quotes from personalities of Hollywood’s golden age – it all speeds by in a flash, but was there a phrase from Garbo in there ?

With every Bausch work some of the images and sketches stick in the mind and linger as the particular flavour of the piece, and these will vary for every audience member. For me, it was how tough it is being a woman in Nur Du.

Although the work begins with an image of a woman walking aloft on the hands of a row of men, it seems that despite this elevation of one woman, as a sex they seem to come off badly here. They scream and shout, roll on the floor.  One is picked up and lowered from a chair by her hair. Another is slapped. A man inflates two balloons to stuff down the front of his partner’s dress. He fits her out with a wig and puts on lipstick until he is satisfied she looks feminine enough and then carries her off.  The work ends with a row of women seated, holding up their skirts to show us their legs, smiling but still offering up their bodies for consumption.

It’s not all grimness – there are lots of laughs too, including a particularly demented mass ironing session for all the men, and moments of trust and tenderness.  There are some particularly fine dance moments in different solos for the men which the mind would linger over more if they weren’t faced with such competition for one’s attention in terms of other madcap excursions on stage.

The recorded music is mainly from the the 40s and 50s, decades of a lost glamour that the womens’ dresses evoke. Much of the singing in Spanish, some Mexican, some jazz. Often the number is cut off part way through as if Bausch is in a hurry to move on to the next vignette. A pity – a little more of It’s Not the Meat It’s the Motion in particular would have been welcome.

It’s almost impossible to get tickets for this.  Most performances sold out months ago. The audience is not a young one. There’s a distinct lack of the dance students you usually find present. But you don’t seem to hear any of the anguished breast -beating that you do concerning ballet of how it is imperative to attract a younger audience for this work.  The company seem very happy with the audience that they have got, a devoted, even fanatical one.

The audience has grown older along with the company, it seems. A number of the dancers appearing are mature performers that have been with the company for decades: people who bring years of reflection and life experience to the roles not just the ability to move. It’s a great pity that the printed programme (which acknowledges how important the dancers were in creating the works) does not provide us with any dancer photos or biographies.

Although Bausch died in 2009, these performances have an air of celebration about them rather than of swansong.  The company plans to continue and next season is mapped out, including a return visit to Sadler’s Wells in February 2013.  How long they can continue at this standard without their founder is anyone’s guess but maybe some of those dance students need to plan ahead and see some of this unique work while they still can. 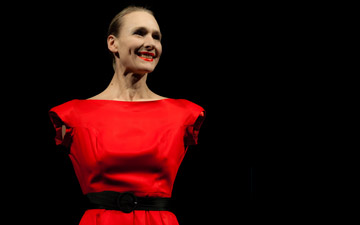 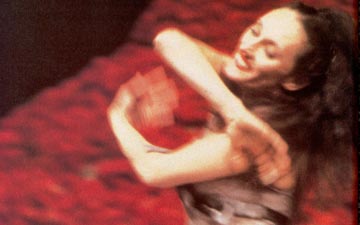