The press release follows, augmented with some pictures by Foteini Christofilopoulou.

Nancy Osbaldeston, 23, from Putney said of receiving her award: “It’s a real privilege, I’m in shock and very, very happy!”

Laurretta Summerscales, 22, from Woking said: “It doesn’t feel real to be honest I feel overwhelmed. As a dancer you want to prove yourself and it feels like such a relief that people have recognised you and the hard work you have done.”

The competition encourages excellence and potential within the Company and throughout the summer English National Ballet’s artistic, music, administrative staff and Principal dancers have been voting for their favourite Emerging Dancer.

Tamara Rojo, English National Ballet Artistic Director said: “The Emerging Dancer Competition was a fantastic evening and showed the company in such strong form. It is an important event that enables us to connect with our audience and help them to get to know, and care for our dancers and their tremendous talent. I was very proud of everyone.”

The Competition, artistically directed by Associate Artist George Williamson, sees one dancer crowned as Emerging Dancer 2013 and announced at the end of the evening together with the recipient of The People’s Choice Award, which was voted for by members of the public. The Competition is an annual opportunity for English National Ballet to recognise and nurture the phenomenal talent of its up-and-coming dancers and the2013 finalists were: Alison McWhinney, Guilherme Menezes, Nancy Osbaldeston, Ken Saruhashi, Laurretta Summerscales, and Nathan Young.

The Emerging Dancer Competition 2013, generously supported in its fourth year by Talbot Hughes McKillop (THM), the restructuring experts. At a time when the Arts Council England  is reducing its funding, Talbot Hughes McKillop’s sponsorship of the award is a practical demonstration of its belief that business has a clear responsibility to engage constructively in providing support to the arts.

The Emerging Dancer Competition is an annual event for English National Ballet to recognise and nurture the phenomenal talent of its up-and-coming dancers. The Award encourages excellence and potential within the Company. Throughout the Autumn English National Ballet’s Principal dancers and artistic, music and administrative staff vote for their Emerging Dancer and the Company’s brightest talents are shortlisted to compete in a thrilling live final in March 2013.

Darcey Bussell CBE
Darcey Bussell was born in London and trained at the Royal Ballet School during which time the late Sir Kenneth MacMillan noticed her exceptional technique and in 1988 gave her the leading role in his ballet ‘The Prince of The Pagodas’, causing her to move to The Royal Ballet from Sadler’s Well Royal Ballet after only one year.  A year later in December 1989, on the opening night of the show she was promoted to Principal, at the time the youngest ballerina to be given this honour. Darcey is the President of the Royal Academy of Dance, the Patron of the Sydney Dance Company and the President of the Birmingham Royal Ballet’s fund raising appeal. She is a patron of Cecchetti UK, Cecchetti Australia, New English Ballet Theatre, Dance Teacher’s Benevolent Fund UK and a director of the Margot Fonteyn Fund. In 2007 she retired from The Royal Ballet with a final performance of MacMillan’s Song of the Earth performed at the Royal Opera House and broadcast live on BBC2. She has been featured in television documentaries including the BBC documentary about her called ‘Britain’s Ballerina’ (2005); appeared in numerous televised ballet galas and TV programmes such as French and Saunders, The Vicar of Dibley,  and is currently a judge on the TV show Strictly come Dancing.

Tommy Franzén
Tommy Franzén started his dance training in Sweden, where he is originally from. Initially he was only taking street-dance classes but soon his eyes opened for other dance styles as well. Tommy began working professionally soon after that at the age of 14 in the musical “Joseph”. He stayed in Sweden until the age of 19 going from musical to musical before he got a scholarship for a 3-year performing arts diploma course at the Urdang Academy in London. He is probably mostly recognised as the runner-up of BBC 1’s “So You Think You Can Dance” 2010 but some might have seen him in Mamma Mia – The Movie, The Pepsi Max Advert “Can Fu”, the Handover Ceremonies at Beijing Olympics 2008 etc. After working professionally as a performing artist for 16 years, Tommy has in the recent years also dwelled into choreography. Most recently he choreographed for ZooNation’s “Some Like It Hip Hop” and performed the role of Simeon Sun. Tommy also choreographed the music video and the live performances of Cher Lloyd’s UK charts number 1 hit single “Swagger Jagger”. This year he was nominated for an award by the Critics’ Circle “National Dance Awards” in the “Best Male Performance (Modern)” category for his efforts in the show “Some Like It Hip Hop “ and “The Rodin Project” with Russell Maliphant Company.” He was nominated for the same award in 2010 for “Goldberg” with Tamara Rojo at The Royal Opera House and “Blaze” (in which he also choreographed) at Sadler’s Wells Peacock Theatre. Tommy has also been nominated an Olivier Award 2012 for Outstanding Achievement in Dance.

Luke Jennings
Luke Jennings is the author of BLOOD KNOTS, short-listed for the 2010 Samuel Johnson and William Hill non-fiction prizes, and of three novels: BREACH CANDY, BEAUTY STORY, and the Booker Prize-nominated ATLANTIC. As a journalist he has written for Vanity Fair, the New Yorker and Time, as well as many British titles, and is currently the dance critic of The Observer. With Deborah Bull, he co-wrote THE FABER GUIDE TO BALLET.

Jude Kelly OBE
Jude Kelly founded Solent People’s Theatre and Battersea Arts Centre, and was the Artistic Director of the York Festival and Mystery Plays. She later became the founding director of the West Yorkshire Playhouse.  In 1997, she was awarded the OBE for her services to the theatre.   She has directed over 100 productions including the Royal Shakespeare Company, the National Theatre, Chichester Festival Theatre, the English National Opera, the Châtalet in Paris and in the West End. Jude left the West Yorkshire Playhouse in 2002 to found Metal, which through its artistic laboratory spaces provides a platform where artistic hunches can be pursued in community contexts. It has creative bases in Liverpool and Southend-On-Sea.  Jude is chair of Metal, member of the London Cultural Strategy Group, and is Visiting Professor at Kingston and Leeds Universities and the Shanghai Centre for the Performing Arts. She is a member of the London 2012 Cultural Olympiad Board.

Tamara Rojo
Tamara Rojo trained in Madrid at the Victor Ullate School. Galina Samsova asked her to join Scottish Ballet where she danced many principal roles. She received a personal invitation from Derek Deane to join English National Ballet and within six months was promoted to Principal. She danced the full range of the Company’s principal roles. Derek Deane created the roles of Juliet (Romeo & Juliet) and Clara (The Nutcracker) for her. Her performances as Clara broke all box office records at the London Coliseum and The Times named her “Dancer Revelation of the Year.” She collaborated once again with Derek Deane for the creation of Strictly Gershwin at the Royal Albert Hall in 2008 and 2011 with English National Ballet. Tamara joined The Royal Ballet as a Principal at the invitation of Sir Anthony Dowell shortly after her highly acclaimed Guest Artist debut with the Company in Peter Wright’s Giselle. Tamara has been repeatedly recognised for her artistic excellence.

She won the 2010 Laurence Olivier Award for Best New Dance Production with Goldberg: the Brandstrup- Rojo Project. King Juan Carlos has decorated Tamara with Spain’s three highest Honours, The Prince of Asturias Award, the Gold Medal of Fine Arts and Encomienda de Número de Isabel la Católica. She has also received the Benois de la Danse Award, The Times Dancer Revelation of the Year, Critics’ Circle National Dance Award, Barclay’s Outstanding Achievement in Dance Award, Positano Dance Award, Leonide Massine Premio al Valore, the Italian Critic’s Award, and from the City of Madrid, both the International Medal of the Arts and the Interpretation Award. She is on the Board of Arts Council East, Dance UK, the ICA, the Anglo-Spanish Society, a Patron of the Ipswich-based DanceEast Academy, Adviser to Spain’s Superior Counsel of Artistic Studies and Resident Guest Teacher at the Royal Ballet School.

Talbot Hughes McKillop
Talbot Hughes McKillop (THM) provides experienced leadership to corporates, creditors and shareholders in distressed and other event-driven special situations. The firm provides hands-on, practical support, typically using small, partner led teams to deal with both the financial and operational aspects of a restructuring situation. The role may involve partners from THM taking executive roles (for example as Chief Restructuring Officer) and/or other Board of Director appointments. Founded in 2001, THM has handled some of the highest profile pan- European restructuring projects. THM believes that the arts have a critical role to play in enriching the life of communities throughout the country, as well as in fostering emerging young talent. Business has a clear responsibility to engage constructively with arts organizations in providing finance and other forms of help and support. This is even more critical at a time when the state has had to reduce its financial support for the arts, creating a funding gap that needs to be bridged. For more details, please see the THM website www.thmpartners.com 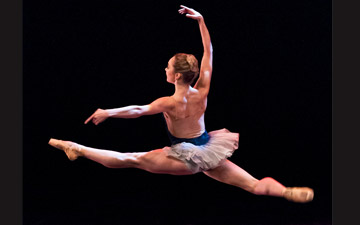 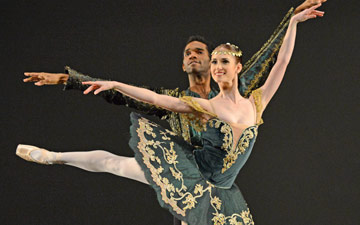 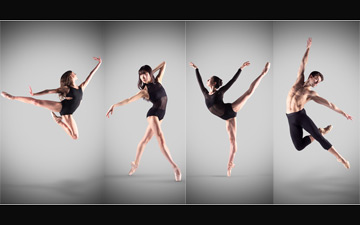