Huge congratulations to all from DanceTabs…

The Dance Section of the Critics’ Circle is pleased to announce the nominations for the 19th National Dance Awards, which are as follows:

The winners will be announced at a lunchtime ceremony to be held in Central London on Monday, 18th February 2019.

The event will also play host to the De Valois Award for Outstanding Achievement for which there are no prior nominations.

In announcing the awards, the chairman of the Dance Section, Graham Watts OBE, said:

“This year, these short-listed nominees come from a long list of 396 dancers, choreographers, other creatives and companies nominated by professional dance critics, for work presented in the UK between 1st September 2017 and 31st August 2018.

This year there is a new category – Outstanding Creative Contribution – which is to honour those who make creative contributions to dance, other than choreography, through, for example, music, design, dramaturgy or production.

In total, 23 companies have nominees or are responsible for work nominated in the 2018 Awards, including five based overseas.  The remarkable diversity of dance in the United Kingdom is evidenced by the fact that considerably more than half the UK-based nominees hail from overseas, their places of birth being in at least 20 different countries.

The Awards Committee wishes to express grateful thanks to our sponsors, without whom the event would not be possible; to the body of dance critics across the UK for giving their time to ensure the best possible list of nominees; and, above all, the companies, choreographers and performers for giving us such a rich variety of choice”.

Sponsorship opportunities exist to support the Best Female Dancer, Best Modern Choreography, Outstanding Male Modern Performance and Outstanding Creative Contribution Awards and/or to become a Patron of the Awards.  To discuss these opportunities contact the Chairman, Graham Watts on graham@g-watts.com or +44 (0) 7710 057252, 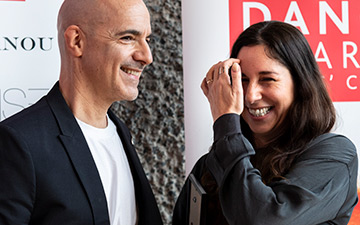