Why is Fernando Alonso so important?

Fernando Alonso had a vision for Cuban ballet that exceeded what seemed to be in the realm of the possible during the Machado and Batista dictatorships in Cuba, at the time that he and Alicia Alonso, the Ballerina Assoluta who is his former wife, imagined creating a ballet company there. Together with Fernando’s brother Alberto, an outstanding choreographer in his time, and the indispensable support of the 1959 Cuban Revolution, they created a classical ballet company and academy in a post-colonial nation that rival the best companies and schools in the so-called advanced industrialized nations. They accomplished this as a team, but a team that fully cultivated the talents of others, birthing a new and expert layer of dancers and teachers. Fernando’s special importance surfaced in the way that he sought solutions, using a scientific approach, and succeeded in transmitting the lessons of his and Alicia’s experience – first gained on Broadway and with Mordkin Ballet and Balanchine, and then at Ballet Theatre in New York, infused with the rhythm and sensibility of their Cuban cultural inheritance – to codify a training system that has produced the technically strong, and artistically fearless Cuban dancers we now see on stages the world over. There have been several important ballet pedagogues, but few have extended the reach of ballet beyond the precious audiences of society’s privileged classes. Alonso succeeded in finding his best dancers in all classes, and making ballet and excellent ballet training, the property of the entire Cuban population.

To put him in context can you tell us about some of the great dancers he has nurtured?

He trained the first generation of Cuban dancers, among who there were many standouts, but the most well-known in Cuba were the “Four Jewels” of Cuban ballet: Josefina Méndez, Mirta Pla, Aurora Bosch, and Loipa Araújo. Today, the two surviving dancers of that foursome are considered among the best teachers in the world. Araújo is Associate Artistic Director of English National Ballet, and a trusted advisor to Tamara Rojo, and Bosch travels the world teaching, and has written a doctoral thesis on the Cuban ballet system. At my request, Araújo read the final draft of my book before I submitted it to my publisher, the University Press of Florida. These are the teachers who taught and coached such dancers as Carlos Acosta, Lorena Feijóo, Lorna Feijóo, Jose Manuel Carreño, and many others whose names draw audiences to the theater, with box office that in these times have kept several companies in the black. Other dancers, such as Alicia’s long-time dance partner, Jorge Esquivel, Menia Martínez, Lázaro Carreño, and others who sought out Fernando’s classes when they had the opportunity – such as Maya Plisetskaya, Rudolf Nureyev and Mikhail Baryshnikov, benefited from “The Cuban Miracle” to which Fernando made the key contribution of a codified, progressive, and highly effective training system.

How come you have written this book – you don’t live in Havana I think?!

Well, no I don’t live in Havana. I live in the San Francisco Bay Area of the United States, but I see myself as a citizen of the world, and so have traveled to Cuba, Mexico and Canada, in order to conduct interviews with Alonso and others who studied with him or worked with him over the years. Once I learned about Fernando Alonso’s methods from dancers such as Carlos Acosta, who I interviewed for my previous book, First Position, a Century of Ballet Artists, and Lorena Feijoo, and saw him speaking so eloquently about his work in a documentary about Alicia Alonso and the Cuban National Ballet, my goal became capturing the experiences of several generations of Cuban dancers with respect to Fernando’s coaching and teaching, and share it beyond the island of Cuba, so that the rest of the world could develop an appreciation for how Cuban dancers were trained and why their perspective is so generous, broad and well-informed.

How did you go about doing all the research and how long did it take to write?

The book took six years to complete. I began it when Fernando Alonso was 92 years old, and last December, he turned 98! It was difficult to research because only one book on him existed before this one, and it was written and published in Cuba, in Spanish. Luckily, at the time I began it, I was working as the Co-Director of the Art and Music Center of the San Francisco Public Library, and my library skills stood me in good stead. I was able to find reviews, clippings, taped interviews, and ephemeral materials, such as performance programs, as well as photos at the Jerome Robbins Dance Collection at the New York City Public Library, and several similar items at the National Museum and Library of Dance in Havana. The book includes interviews with Lorna Feijoo, Nelson Madrigal, Aurora Bosch, Loipa Araújo, Jorge Esquivel, Carlos Acosta, Lázaro Carreño, Yoel Carreño, Ramona de Sáa, Donald Saddler, Laura Alonso, Menia Martínez, Lorena Feijóo, Rene de Cárdenas, Lupe Calzadilla, Tania Vergara, Grettel Morejón, and John White and a very important letter from Alicia Alonso, where she offers her perspective for the first time in print in English about Fernando’s contribution. Alicia Alonso’s letter is actually the centerpiece of the book’s prologue.

What’s the one big thing that other ballet masters could learn from him?

In Cuba, dancers are developed slowly, but rigorously, and are mentored from the first years through their higher education and graduating years at the School of the Arts and into their careers, often by the same person they started with as well as others. Girls may not start on pointe until their muscles are deemed ready, some as late as 11 years old. At Cubanacán, the arts school built on a former golf course and country club, dancer students learned ballet, character, partnering, and so forth, but also, French, acting, anatomy, makeup, music, and were actively encouraged to read classical literature, and develop a deep knowledge of science, art and architecture. In other words, they weren’t seen as athletes or soldiers, even though aspects of those disciplines are resident in ballet training; instead, they were envisioned as future ambassadors of Cuban culture, and more profoundly, of Western culture infused with the Yoruba flavors of Cuban society’s origins. So their education was holistic, not in a trendy, faddish sense, but in a meaningful way that serves their art, their audiences, and themselves, as fully-articulated and evolved human beings. That requires patience, self-confidence and a reciprocal confidence in others on the part of the ballet teacher. The “one big thing” that other ballet masters could learn from Fernando is really three big things, all interrelated: how to model and transmit those qualities and concerns to students, end up winning their loyalty and respect generation after generation, and ejoying the satisfaction of seeing the social investment in ballet for all reap an abundant harvest. 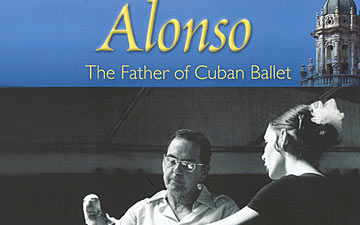 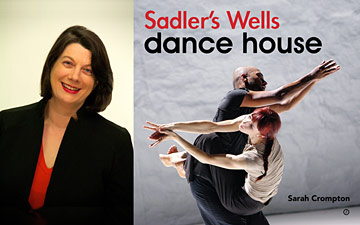 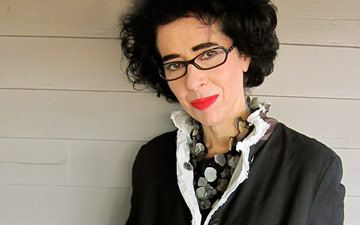 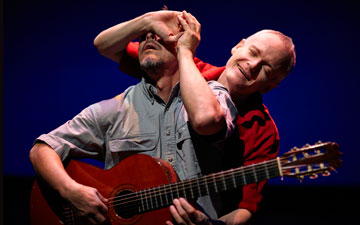 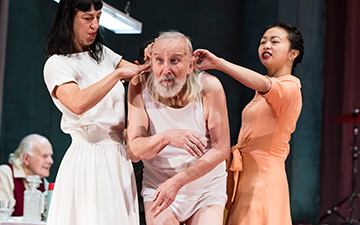