Interesting times for Rambert as they prepare to move into their new South Bank home in the Autumn. I just got this round-robin from them – full of interesting things as much loved older dancers move into new careers, new dancers join and the company significantly moves to support growing independent creativity. Bravo I say. BM.

Just a quick note to advise you of a few Company changes.

The end of the season sees some of the longest serving members of our team pursue new challenges. We wish them well and are grateful for their significant contributions:

– Taking on a new role within the Company is Angela Towler, who will retire from dancing to take up the post of Rehearsal Director, alongside Senior Rehearsal Director, Mikaela Polley. Angela joined the company in 1999 and has danced many leading roles including Cunningham’s Pond Way, for which she received a nomination for the TMA award for Achievement in Dance.

– Pieter Symonds, who joined the Company in 2004, has retired from dancing but will continue to lend her skills and expertise to our Pilates programme in the new Rambert building. She is also training as a nutritionist and is in the process of establishing her own practice for health and well-being.

– Robin Gladwin leaves the Company after 12 years to dance with New Adventures in the national tour of Matthew Bourne’s Swan Lake. Robin joined us as an apprentice in 2001 and has spent the whole of his professional career to date with us. Robin is also a member of New Movement Collective.

The following dancers will join the Company, each of whom we believe bring their own considerable experience and vibrancy. Lucy Balfour, a former principal dancer from the Royal New Zealand Ballet, Caroline Bolton from South Carolina USA and currently working as a freelance dancer in Switzerland, Simone Damberg Würtz who trained at the Royal Danish Ballet School and has been working with Peter Schaufuss Ballet and Theater Ulm, Pierre Tappon who joins us from Richard Alston Dance Company and Luke Ahmet who is currently a soloist with Scottish Ballet. In addition, Rambert apprentice Jon Savage has been given a permanent contract with the Company.

Rambert will bring two Associate Companies under our wing – New Movement Collective and Alexander Whitley. Rambert has long been considered a choreographers’ company and we are proud to have played a significant role in the development of both these new talents, whom we feel demonstrate ambition, quality and values that align with our own. The improved facilities at Rambert’s new home enables us to formalise the mentoring that it has become known for, by offering rehearsal space, advice and expertise. In addition, we are delighted to be in talks with Alexander Whitley about a new commission for Rambert for 2015.

And finally, Director of Marketing, Craig Titley is moving on after 7 years to become Chief Executive of music charity Future Talent. He will be replaced by Tim Wood, currently Communications Director at The Place. Tim, who is also Vice Chair of the Arts Marketing Association, brings with him extensive experience in marketing, public relations and audience development. He will join us at the beginning of October.

NEW MOVEMENT COLLECTIVE
Founded in 2009, NMC is a group of dancers/choreographers, passionate about finding new practice through collaboration. With a particular interest in blending boundaries between dance and architecture their aim is to discover performance potential within the hidden pockets of our cities. New Movement’s established and ongoing involvement with the Interprofessional Studio of the Architectural Association has seen them recently mounting successful large-scale events/performances in Madrid, Cologne and London. In 2012 NMC produced ‘Casting Traces’ commissioned by Will Alsop for Testbed1, a 650sq former dairy and scheduled to be recreated Autumn 2013 for the Slottet, an ex-Carlsberg brewery in Copenhagen. In 2013 NMC’s created the critically acclaimed ‘NEST’ for a grade II listed disused former chapel on London’s Shaftesbury Avenue and have worked with the British Army and artist Graham Gussin on a gallery screen-based work ‘Close Protection’.
http://www.newmovement.org.uk

ALEXANDER WHITLEY
Alexander Whitley trained at the Royal Ballet School and during his career has danced with Birmingham Royal Ballet, Rambert, Michael Clarke Company, Michael Clark Company, Sydney Dance Company and Wayne MacgregorRandom Dance. Alex created choreography for two of BRB’s workshop seasons and five pieces for Rambert’s Season of new choreography, one of which was taken into Rambert’s repertoire (‘Solo?’ 2008). He has also shown work at the Royal Opera House’s 2009 ‘Summer Collection’ and for the Royal Ballet’s Draft Works season in 2011 and 2013. His commissions include ‘Hertz’ for Wayne McGregorRandom Dance (2012), ‘Mythos/Logos’ for Exposure: Dance (2012) and ‘Expect/Transition’ for ArtsCross Taipei (2011). He was shortlisted for the 2012 Arts Foundation choreographic fellowship and is an Affiliate Choreographer of the Royal Ballet and a New Wave Associate at Sadler’s Wells theatre. Alexander is also a member of New Movement Collective. He has also choreographed for a Discovery Channel film, directed by Tim Meara, a short film with DuckEye and for Latitude Festival 2011. www.alexanderwhitley.com 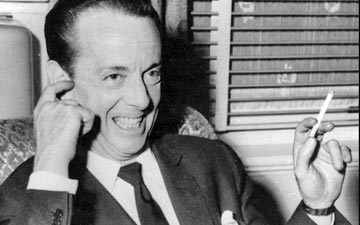