Sadly no images of either the Justin Peck or William Forsythe works have been made available.
www.ladanceproject.com
www.sadlerswells.com

Benjamin Millepied set up this group of seven dancers last year with the stated intention of enlivening the dance scene in Los Angeles. He was able to do so thanks to his reputation as a dancer-choreographer and the money and contacts he’d made through his involvement in the horror movie Black Swan. He’s now leaving LA and the company to become artistic director of the Paris Opera Ballet.

Reflections, his latest work in the Sadler’s Wells programme, was launched in Paris in May this year, financed by the jewellers Van Cleef and Arpels as the first part of a tryptich, Gems. The next two sections by other choreographers, assuming the Project prospers, are to be supervised by Millepied. So Reflections could have a lot resting on it, if the eventual tryptich is to be a 21st century equivalent of Balanchine’s Jewels.

It was placed as the centrepiece of the Wells triple bill, which opened with Justin Peck’s Murder Ballads, made for the company. Peck, a young soloist with New York City Ballet, has four commissions under his belt for his home company, where he’s now resident choreographer. Murder Ballads is his first for a contemporary dance group, though it is clearly ballet-based. The tantalising title is that of its music by Bryce Dessner, who based his 20-minute composition on American folk ballads from the 1930s and 1940s, orchestrated for a modern chamber music ensemble.

Peck apparently took his inspiration from the lyrics of the original songs, which are unheard, so we’re none the wiser. Presumably a dark underside shadows the apparently light-hearted sequence of dances for three men and three women, dressed in bright casual clothes. There’s more than a touch of Jerome Robbins’s Dances at a Gathering (no corpses there) in the sense of a community that reabsorbs its breakaway members.

The cast run on at the start to claim their colourful sneakers, placed in a pattern on the empty stage. Shoes are then abandoned for socks as a pair of  young lovers dance happily together in swoops of joy. Another duet contains unexpected violence as a man flings his partner to the ground, walks off and returns to resume the partnership as though nothing had happened. But when he lets her fall again, the hand he raises in his is limp – lifeless?

All six come together for a hoe-down, leave a man stranded, then sweep him up again. A trio of men abandon a girl, but even as she lets rip on her own, one of the guys returns to yank her into the wings. The dancers arrange themselves in criss-crossing lines, peeling off in canons in folk-inflected choreography until they all lie face down at the end, extinguished. Delightful though the piece is, it would be even better with live music and a less suggestive title.

Millepied’s Reflections had live music by David Lang, played on the piano by Andrew Zolinsky, professor of piano at the Royal College of Music and at Goldsmith’s, University of London. Minimal, exasperating and pleasantly plangent, the music was the source of collaborative choreography with the cast of five: Julia Eichten, Charlie Hodges, Morgan Lugo, Nathan Makolandra and Amanda Wells. Wearing yoga-type clothing in shades of grey, they are seen against huge white letters on a vivid red backdrop and floor-covering, designed by artist Barbara Kruger. ‘Stay’ commands the background, switching to ‘Go’; printed on the floor covering, words spell out ‘Thinking of you thinking of me’.

The first duet, danced by small Julie Eichten and tall Morgan Lugo, starts promisingly as a pairing of equals, despite the difference in height. She tries to support his weight but he can easily spin her round him, feet in the air, head buried in his middle. At the finish, he enfolds her in an embrace in which she’s swamped. The duet goes on far too long for an opening number, providing little information about their relationship once their dissimilarities have been explored.

The cast surges across the the word ‘thinking’, leaving another duetting pair behind, followed by a spinning, skimming solo for Charlie Hodges, a pocket dynamo who has often featured in Twyla Tharp’s later works. ‘Think’ is illumined for a quarrelsome duet between Amanda Wells and Nathan Makolandra, involving aggressive kicks and lunges. ‘Go’ looms behind a compassionate encounter between Hodges and Lungo, bodies closely linked, in silence (why?); ‘Stay’returns for Lungo on his own until Eichten throws herself at him. The choreography, with its emphasis on fluid upper-body movements, looks far more effective on long-armed men than the shorter women.

On  the piece goes, with Hodges as the group jester showing off arrow-sharp arabesques and breakdancing shoulder spins. Trios link up to make patterns  with hand gestures in the air and on the ground. At long last, the ending comes  with two women clasping each other in an embrace that refers back to the original one between Eichten and Lugo.

As with Peck’s much more compact Murder Ballads, the rationale linking the various sections is hard to fathom. Lots of collaborative ideas for Reflections have led to an intermittently dull piece with too many facets that need cutting and reshaping.

William Forsythe’s Quintett from 1993 closed the programme, proving how moving his quicksilver articulations of supple bodies could be. Created for the then Ballett Frankfurt, it’s an elegy set to the repeated loops of a homeless man singing ‘Jesus’ blood never failed me yet’, made into a heartfelt musical lament by Gavin Bryars. Forsythe created it as his wife, Traci-Kai Maier, was dying of cancer  at the age of 33. (She danced one of his duets, memorably, in London for an Aids gala.) Quintett is both personal and universal, singular and communal in a way that the previous two works have striven to achieve. LA Dance Project’s dancers do it justice, to their great credit. 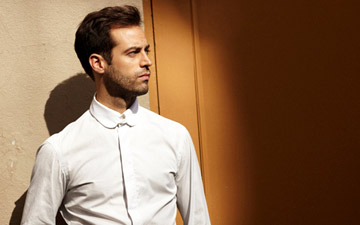 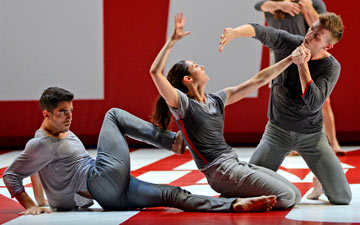 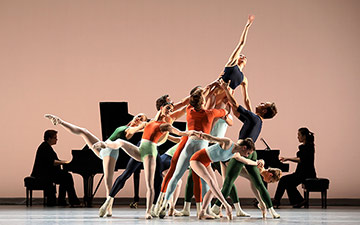 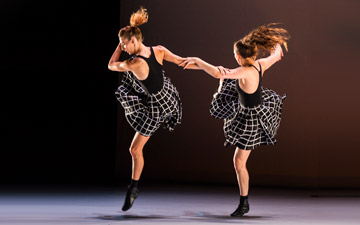