I didn’t know this but CRACKz apparently refers to the skill of cracking protected software. And, the blurb for this production proclaims that it celebrates “the process of cultural diffusion made easier by new information technologies”. Hmmmm? As I sat in the darkening auditorium I wondered how a dance work would emerge from this strange chrysalis.

“Is it over already?” asked the landlady of The Shakespeare’s Head (the “pub” by the side of Sadler’s Wells). When I replied that it was, she turned to her colleague behind the bar and said, “Blimey, Jean, it’s finished already”! It was not yet 8-30pm and I was still wondering how choreography could represent the generally illegal art of patching protected software.

The way Bruno Beltrão and the baker’s dozen dancers comprising Grupo de Rua de Niterói have gone about this challenging task is to trawl through YouTube and Vimeo, randomly choosing actions that they felt like copying, regardless of any aesthetic value. This enquiry led to 28 movements (described as the “repertoire of humankind’s gestures”) which have been interleaved (or perhaps, more appropriately, remixed) over and over again into 45 minutes of performance. The key words and phrases in this paragraph that I would wish to emphasise are “randomly”; “regardless of any aesthetic value”; and “over and over again”.

What this all meant was a muddled mash-up of simple actions like dancers rotating quickly in circles, either pivoting from their heels to their toes, turning on the sides of their feet, in quick spiral bunny hops or even through immensely strong wrists in sequences of one-armed somersaults. The moves in themselves generally ranged from the mundane to the ordinary and given the astonishing talent of these thirteen dancers (more of which anon) their artistry throughout the main piece was notably unassuming. Every now and again there was a flash of something special in freezing, breaking, locking, in the spectacle of co-ordinated butterfly twists and other crossover aspects between martial arts and hip hop or in the disciplined precision in the timing of movements.

The whole event seemed to be played out in an underground parking lot with the dancers a “West Side” style gang, continually rehearsing their best moves, prowling around the edges of the bare stage area like athletes on a “warm-down” when not performing. Several minutes into the work I suddenly became aware that this boy gang had its very own Anybodys since a mop-haired blonde (Amanda Gouveia) suddenly appeared in the mix.

The desolation of the arena was emphasised by recorded music (the Vladislav Delay Quartet) which carried a wide range of abstract (I might even say unmusical) sounds, such as the audio image of what a didgeridoo might sound like in a wind tunnel, and in the later section by low level lighting that emanated from some orange-barred contraption that might usually kill flies in a late-night kebab shop.

I was finding it to be a consolation that the work would only last for 45 minutes and a fairly lacklustre reception from a far-from-full auditorium suggests that I wasn’t alone in welcoming the end. But, the curtain call merely prefaced a new beginning since the crew then embarked on a breakdance jam in which each of the men performed a party piece of such extraordinary virtuosity that – in 5 minutes, or so – it changed the whole nature of the event. We saw incredible freezes; breath-taking strength; frenetic windmills and flares; neck-bracing head slides; and muscular, capoeira-style hand hops, plus a whole lot of moves that I don’t know are yet named! Here were tiny capsules containing some of the most exciting breakdancing I’ve seen; suddenly the pulse was racing and – although I’d lost the idea of cracking software completely – the short and early journey to The Shakespeare’s Head was now walked with a distinct spring in my step! 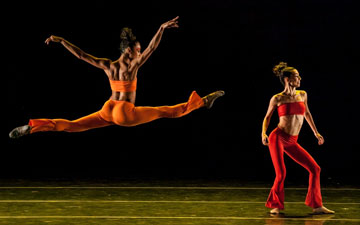