In his new ballet, Kenneth Tindall takes Casanova on an epic adventure in absorbing dance theatre that aligns his inventive choreography and mime with a strong and exciting narrative; and in grandeur that derives from a spectacular, palatial set; beautifully lit; with stunning costumes; including around 80 sumptuous wigs, designed by Richard Mawbey and securely worn by virtually every member of the cast other than the dancer in the title role.

These performances represent the last lap of a UK tour that has taken in eight major theatres in the past two months, all essentially delivered by alternate casts, both of which I managed to catch in this final week, at Sadler’s Wells. Casanova is bound to be revived many times in years to come for this is that rare achievement of an excellent new British ballet on a grand scale.

Christopher Oram’s set is dominated by three monumental, gold and black, highly reflective, four-sided pillars, which stretch up to the full height of the proscenium and also open out to represent palatial, gilded windows or huge mirrors. This thematic approach reaches into the flies, with a similar burnished gold frame, from within which the searching eyes of spotlights slice through the darkness. Oram’s magnificent set is manoeuvred with surprising ease – by the dancers themselves – for effective scene transitions without loss of momentum.

Superb lighting designs – by Alastair West – enhanced the visual spectacle with impressive patterns of light and shade, mixing pyramidal funnels of downwards spots and diagonal and lateral passages of diffused light. The intrigues of Venice and Versailles are evocatively conveyed in West’s effective use of shadow.

LA-based composer, Kerry Muzzey worked closely with Tindall in the development of the ballet’s highly cinematic score, which features memorable, melodic themes for the main dances and highly descriptive passages for the scenes d’action. Muzzey’s music builds in luscious, looping layers of melody to culminate in glorious and emphatic crescendos. Horns, trumpets, heavy bass drums and bells accent the narrative in a rounded and holistic score that serves the ballet well but also achieves the distinction of being enjoyable music for its own sake.

This is a complex story, knowledgeably told, as one would expect from a scenario that has been adapted by Tindall and Ian Kelly from the latter’s biography of Casanova, which was the Sunday Times biog of the year, in 2008. Everyone will know of Casanova but few may appreciate the eclectic range of his activities. There may be a case to argue a closer edit of the material but, having now seen Casanova, three times, I would strongly make a case against any cuts; since the narrative flow works well and it is hard to see what can be omitted.

Kelly has done a fine job of rescuing his hero from being merely a pejorative adjective that describes an indiscriminate lover; presenting Casanova, instead, as a rounded polymath of some significance: a trainee priest, musician, philosopher, mathematician, scientist and author. Whilst not omitting his notoriety as gambler and lover, it is this breadth of being that Tindall tries to convey in his two-act work, which rattles along with notable clarity, despite having to accommodate 20+ named characters.

Tindall is an expansive and imaginative choreographer, equally skilful with groups, duets and solos; aligning his movement seamlessly into narrative and character development. He uses mime and gesture extensively: representing, for example, the religious ritual of high Catholicism; the singing of the castrati; and the sign language of seduction. He has created tightly-knit patterns of group movement (excellent in the opening sextet dance for the seminarians and in Casanova’s final orgy – a scene that brought back to mind the secret sex masquerade in Stanley Kubrick’s Eyes Wide Shut) but he has also shaped four outstanding pas de deux for Casanova: in turn, sensual, athletic and romantic; each with a different partner.

Both dancers in the leading role brought something very different to Casanova. Giuliano Contadini was perhaps more effective in the first act, providing a mixture of playfulness, ebullience and incredulity at the events overtaking him; whereas Javier Torres excelled, especially, in the second act, bringing maturity and gravitas to the role that gelled with the academic and literary aspirations of the character, whilst still essaying the adventurer’s spirit. Just a thought for the next revival: give the dancer portraying Casanova a first curtain call on his own. The role deserves it.

There are no less that nine significant parts for ballerinas, beginning with the seductive Savorgnan Sisters (Abigail Prudames and Minju Kang on opening night, followed by Ayami Miyata and Sarah Chun in the second cast). They are the agents of Casanova’s sexual awakening, sensitively portrayed under a voluminous silk curtain, which leads him to being defrocked in more ways than one. Then there is an erotic pas de deux – largely over a table – with the mysterious nun. M.M., portrayed with abandon on the opening night by Aileen Ramos Betancourt and, perhaps a little more demurely, in the second cast, by Hannah Bateman.

Casanova loves three women and is, in turn, coveted by two patrons. His great romances are with Manon Balletti, a cellist and courtesan, lyrically portrayed by Miyata on the opening night, and Dominique Larose in the second cast; Bellino, a girl disguised as a castrated male singer, tenderly portrayed by both Dreda Blow and Prudames; and then there is the refuge-seeking, abused wife, Henriette, who could have been “the one” for Casanova had she not stumbled upon him in that scene from Eyes Wide Shut. Henriette was beautifully portrayed by Bateman in the opening cast and also by Antoinette Brooks-Daw (alongside Torres).

In the opening cast, Torres switched sides to portray Casanova’s Venetian benefactor, Senator Bragadin, with an unnerving undercurrent of sleaze, whereas Mlindi Kulashe brought a foppish feel of the popinjay to the besotted senator. Incidentally, the scene in which Bragadin suffers a stroke while seducing Casanova, delivered in a series of highly-lit tableaux, interspersed with darkness, was especially effective. Casanova’s French guardian angel was none other than Madame de Pompadour, cleverly articulated in a tutu-role for Victoria Sibson (Pippa Moore in the Torres cast). Each of these leading dancers, in both casts, brought meaningful emotion, through refreshingly different interpretations, to their particular association with Casanova.

The ballet possesses many distinctive theatrical devices but the most effective coup de theatre is reserved for a tremendous ending. Rather as Manon is haunted by imagery of the past, as her life ebbs away in a Louisiana swamp, so do memories of Casanova’s life – not least in the lost loves of Balletti, Bellino and Henriette – drive him to the edge, memorably captured in a one-legged, highly illuminated, balancing act, as if caught in mid-flight.

Casanova is brought back from the abyss by the real love of his life – himself – as, first, a single page flutters down from the flies; followed by a deluge of floating papers (how does none of it end up in the audience?), suggesting the beginning of his epic Histoire de ma vie; a journey, which 225 years’ later, has not only given Casanova a ballet to be remembered by, but further helps his biographical renovation into something much more than just that pejorative adjective. 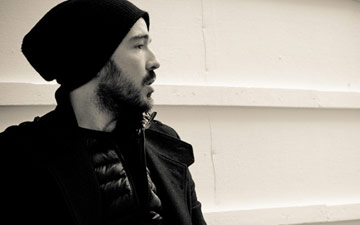 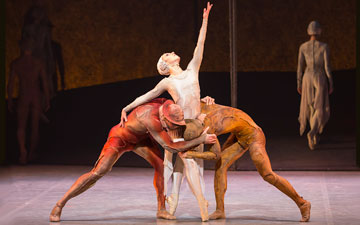