The annual celebration of all things Boy Blue fielded 138 dancers this year – Kenrick Sandy and Michael Asante’s company is one that can wow you through sheer force of numbers alone. They represented all the offshoot groupings within BBE, from the eight-year-olds in Sky Blue through to the main professional company, with stalwart Boy Blue members such as Theophilus “Godson” Oloyade, Gemma Kay Hoddy and Yolanda Newsome.

It was certainly an uplifting sight to see such a diverse crowd committed to dance, and Sandy’s punchy, exuberant choreography meant the energy level stayed high pretty much all evening. Street styles from locking and popping to waacking and b-boying were interwoven into the dozen short routines – the fierce, swaggering belligerence of krump was often a key influence.

Inevitably such showcases are not polished affairs, but that can also be part of the charm – when, for instance, the stage was filled with the  jostling, pumped-up dancers of BBE Push, breaking out into solo displays, or suddenly synchronising, flashmob style, there was an enjoyably old-school, upbeat energy to the whole affair that made you want to join in.

Highlights? The good-times vibe of Black Love transformed the stage into something resembling the cover of Marvin Gaye’s I Want You, with smooth operators and slinky slow dance duets making for a mood of smoky, soulful, speakeasy decadence laced with humorous touches. And Karnival 2.0, performed at this year’s Breakin’ Convention hip-hop dance festival at Sadler’s Wells, was an epic, muscular, stage-flooding celebration of emancipation that played to all the company’s strengths.

That the pieces for the younger groups felt rather samey – Sandy obviously constrained by the limits of their abilities – was fair enough. Sandy and Asante, on fine form as MCs for the night, still put on a good show that held appeal for more than just the vociferous “friends and relatives” crowd. 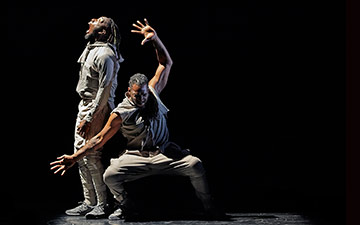 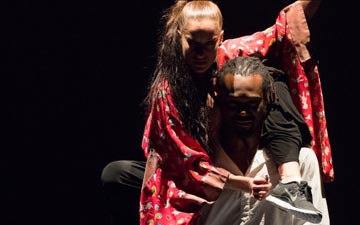