This two-part programme of work in progress further enhances Tom Dale’s reputation as a cutting-edge choreographer, busily shaping his own innovative dance aesthetic. The opening piece, from which the programme derives its title, was a long exploration of the interaction between live sound creation and dance by the show’s four multi-talented performers and – post-interval – it was followed by three short solos, showcasing each of the dancers from the opening work.

The neat structure was topped and tailed by Jemima Brown opening and closing the evening with memorable solos, a coincidental but appropriate showcase for her skills since, on the following day, she garnered two shortlisted nominations in the National Dance Awards for 2019. Brown first came to my attention, some three years’ ago, playing Oliver in Tony Adigun’s street-meets-contemporary Fagin’s Twist, and she was also amongst the vast ensemble dancing Crystal Pite’s Polaris at Sadler’s Wells (when still a student at London Contemporary Dance School).

As exhibited in these bookends to the evening, Brown has an extraordinary quality and range of movement. She has the muscle control and isolation techniques of an elite hip-hop dancer (working with Adigun must have helped to hone these skills) enabling her to caricature the flimsy, teetery limbs of a marionette while retaining a commanding fluidity of movement. Brown pirouettes so smoothly and each challenging movement sequence transitions seamlessly into the next. Sporting a new and impressive hairstyle – her former close-shaved crop now replaced by a considerable volume of upstanding brown hair, shot through with a flash of white – it was as if the Bride of Frankenstein had been recreated as a dancer. One thing for sure, this young woman was born to dance.

After her opening solo in Step Sonic, Brown is joined by Rose Sall Sao and Juan Sánchez Plaza and they work with sound designer, Jo Wills (the fourth performer on stage), to create a real-time soundscape within a heavily amplified environment, drumming, tapping and scratching on four wooden boxes of varying sizes – bringing a flavour of flamenco cajón to the percussion – while also dancing on and in-between them. Shotgun microphones picked up every sound and in a sequence that added little to the overall effect, the dancers came to the front of the performance space and, using handheld microphones, their breathing and vocal gymnastics were also looped back into the soundscape; gradually incoherent sounds morphed into a much-repeated phrase – “Can you trust in me”- chanted in unison.

Of particular interest, given the recent controversy on Strictly the three dancers also performed a complex, unified routine with their arms and hands, which seemed to me (intentionally or not) to assimilate elements of the hands in New Way or Vogue Fem. It was slickly done. Step Sonic had two false endings that confused the audience with their applause quickly dying down with the realisation that there was more to come and the second of these encores added little to what was already – at 40 minutes – a work that over-egged a fascinating concept.

Eleesha Drennan and Jamaal Burkmar were guest choreographers for the first two of the three concluding solos. Drennan’s Resonance of Air was inspired by echolocation – the sound waves that help bats to navigate – with Sall Sao appearing from a hazy background, wearing something akin to a beekeeper’s helmet or misshapen fencing mask. Eventually removed, it is placed on the stage as a point of reference to which the dancer eventually returns. To a soundscape of ultrasonic bat recordings and Julia Kent’s haunting, suspenseful cello solo, Malpensa, Sall Sao delivers Drennan’s spacious, broad-ranging aesthetic with a sophisticated ease. We see too little choreography from this London-based Nova Scotian so hat’s off to Dale for bringing her on board.

Burkmar’s Escape takes us from the navigation of bats to an illicit love affair between human and android. It is based on Janelle Monáe’s debut album The ArchAndroid and performed to one of its songs, the nine-minute long BaBopByeYa, which has a strong sixties’ feel like a theme song to a very early Bond movie. The android – performed by Plaza – is on the run, his isolation perhaps signified by a chair and old-fashioned table lamp positioned upstage right. Perhaps encouraged by the music as an evocative theme, I was put in mind of the 60s TV drama The Fugitive with Plaza’s anxious, fleet-footed, fluid movement – a danced interpretation of Richard Kimble. This piece merits further elaboration and there is potential for it to be expanded beyond the confines of that single song, perhaps to encompass other songs from Monáe’s excellent album.

Dale’s concluding solo for Brown, entitled Surge, appeared to expand upon some the themes of his I Infinite, which I saw in this space a year ago. It opens with striking imagery constructed from more haze, digital effects (designed by Barret Hodgson) and distinctive lighting (by Richard Statham) that surrounds the dancer with shifting, architectural layers of mist, eventually clearing to allow Brown to thrill with more of her extraordinary quality. The choreography brings memories of the opening solo but this is a welcome encore that brings the programme to an emphatic conclusion. 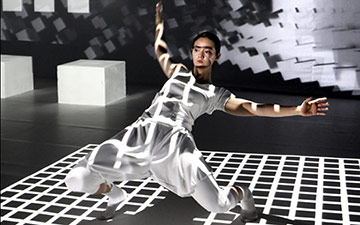 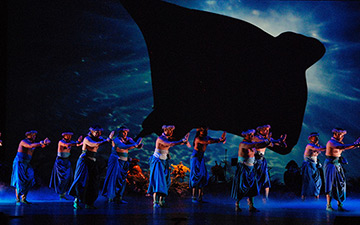 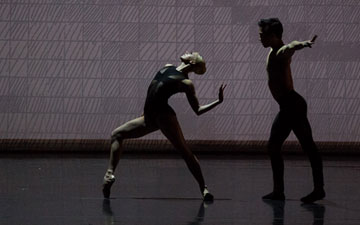 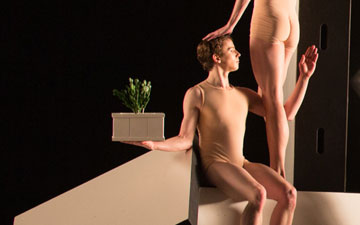 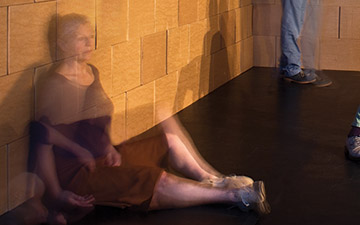