Love Tomorrow, which has been nominated Best UK Feature Film in this year’s Raindance Film Festival (UPDATE: They’ve won it!), is a film about two dancers – but happily not in the Black Swan genre with all those bizarre psychological backstage happenings. Set in London, and offering some beautiful scenes of the city, the film deals sensitively with real-life issues faced by dancers in their off-stage lives and the challenges that can occur in their careers, such as a life-changing injury, competition for work and visa problems. It is a gentle, slow-paced and thought-provoking film which shows the development of its two main characters in a 24-hour sequence when their lives converge. Carefully crafted, it gives a view of the other side of the footlights, though here, unlike in Black Swan, the characters are completely believable. Surprisingly, in focusing on its simple story line, there is relatively little dancing, despite the choreography being by the Ballet Boyz

The two leading actors in this film are bone fide dancers, rather than the other way around. Cindy Jourdain was a soloist with The Royal Ballet and Arionel Vargas is a principal at English National Ballet, and though they have little opportunity to show their terpsichorean talents here, they certainly convince with their acting.

Cindy plays a dancer who is facing challenges in her life that make her troubled and withdrawn. The opening sequence of the film follows her into the Underground, enveloping the viewer in her sense of despair and, though knowing nothing about her, a certainty that she is considering suicide. But she continues her journey, and it is on the ‘up’ escalator at Camden Town that she makes eye contact with a handsome, curly headed young man on the ‘down’ side. A few minutes later, he pops up beside her in the street with the chat-up line, “You’re a dancer aren’t you? I can tell,” and continues an almost futile attempt to get her to open up. When she refuses to give him her name, he calls her Maya, after Maya Plisetskaya and introduces her to his friends that way.

Arionel Vargas’ Oriel is very much a copy of his own character – a bubbly, easy-going, kind and compassionate Cuban dancer with plenty of charisma. Here in this film, he is anxiously looking for work that will allow him to stay in the country – his visa runs out in two weeks so he is desperate to succeed in an audition and get a job. If he doesn’t, he will have to return to Cuba. Penniless, he sails through his days charming others – getting free drinks from a barman friend, attending parties and sharing a girl friend’s apartment. His jollity is infectious – he loves life and wants everyone, including ‘Maya’, to share it despite his deep worries about his own future. So he perseveres with his banter and attempts to get her to talk and finally, his gentle, genuine caring eventually pays off and she unburdens her soul.

Cindy has a striking natural beauty. Her face has a wistful, troubled expression for much of the time, especially when she has fleeting flash-backs of what has happened in her personal life, but it lights up when she smiles. She wears cropped leggings, high heels, a white blouson and a well-cut but bland camel jacket. Her blonde hair is short and straight, framing her gamine face and her slim body and grace point her out as a dancer. She actually says very little throughout the film, but her facial expressions and body movements reveal her every thought.

English National Ballet’s Begona Cao and Rambert Dance Company’s Miguel Altunaga have cameo roles in the film, she as Sonia, Oriel’s earlier girl friend, and he as Vito, a good friend but also rival for the dance job. And there are fellow dancers from Rambert and ENB also.

There is no attempt to make this a ‘ballet’ film with all the strange rituals and physical training normally attached to the art. There are short dance sequences: a bit of salsa in a Cuban bar – brief shots of Rambert performances, an audition, a fun solo routine from Oriel on a deserted pavement late at night; and an ersatz pas de deux in their warm outdoor gear on the grass in a park – the two of them having fun with pirouettes, turns and several attempts at a high lift. The only barres in sight are those in the adult class that Oriel teaches and where he coerces ‘Maya’ to join in. And finally, as the credits roll, Cindy is seen performing a sultry Latin American dance in a studio. Oriel was right – she is a dancer, and also a convincing actress. 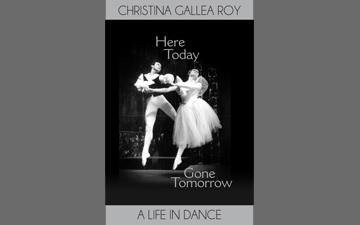 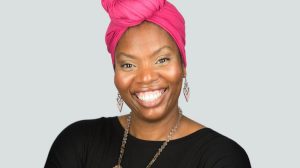