What happens to dancers after they retire is the subject of Barbara Newman’s Never Far from Dancing. It is a compliment to Newman to say that she is (almost entirely) absent from her book. We gain a brief but telling insight into Newman’s methods when she refers to the fashion for dance history ever further removed from primary sources.

Never Far from Dancing continues conversations that Newman began over 30 years ago in Striking a Balance, a book born out of a realisation that, however eloquent onstage, dancers seldom give voice to what they really think about the ballets in which they appear, their coaches, choreographers, colleagues or audiences.

Eleven of Newman’s original subjects were still alive when these insights were captured, already five years ago. They include Alicia Alonso, Beryl Grey, Donald MacLeary, Desmond Kelly, Merrill Ashley, Nina Ananiashvili – and David Wall, whose comments now read somewhat wistfully in the event of his death. Monica Mason exposes a personal vulnerability belied by her toughness as a dancer and poise as a director – and the book lacks only Newman’s desire to probe Mason’s directorial decisions deeper, particularly in her observations about what are the responsibilities of a resident choreographer.

Where you chose to begin depends on your vintage and your interests. My starting point was Lynn Seymour, whom I only saw once live, a convincingly juvenile Tatiana in English National Ballet’s Onegin when she was actually 51, one of those indelible performances. On many other occasions the ghost of Seymour hovered over roles that subsequent dancers did not quite fill – her steely determination in the third act of Anastasia or her beautifully arched legs and feet in Romeo and Juliet. What happens to such roles after their creators stop dancing them is here a major preoccupation.

Coaching is revealed as variously rewarding and frustrating, for coaches and students. Seymour names names when describing the quality of coaches at the Royal Opera House as variously crap and soul destroying. MacLeary describes his satisfaction in successfully preparing a dancer without a Rolls-Royce engine for a Rolls-Royce role: Belinda Hatley as Aurora is his example. Trying to coach Sylvie Guillem as Manon left MacLeary feeling like a coat hanger in the room.

Ananiashvili tells us that dancers walked to the studios in Tbilisi for her to coach them, even when they knew she was unable to pay them. Kelly describes Ballet Hoo! more for its impact on him as a teacher, not just its participants. I recall Kelly as a self-effacing partner so his trenchancy when describing the arbitrary box-ticking required of teachers nowadays is a revelation.

Seymour describes the pressure to preserve the authenticity of a choreographer’s style. She is blunt about dancers who do not make that effort. The result too often is “something that looks a bit like” a choreographer’s work. This too is the experience of Merrill Ashley, not only in New York but in Saint Petersburg, Hong Kong and other cities where she coaches. From experience I know that Ashley talks with great immediacy about George Balanchine: his personality and methods are palpable in what she describes. How any dancer could be in a studio with Ashley and not want to benefit from her experience is baffling – but too often Ashley has encountered dancers who “don’t see it and they don’t care, or they don’t want to make the effort.”  For Ashley – and indeed all the dancers in this book – dancing was not quite a religion, but the theatre was a revered place.

Candid about her rebelliousness when working with – against? – opera house administrators, Seymour describes how, as director in Munich and Athens, she felt the enemy of dancers and administrators alike. In London, Seymour was astonished at The Royal Ballet’s failure to appoint Nureyev as artistic director. In a striking juxtaposition – one of the satisfying features of this book – Antoinette Sibley, exemplar of the collective discretion that veils The Royal Ballet and Royal Academy of Dancing, in just a few words expresses how governors of the Royal Ballet companies make such decisions. Less combative than Seymour, Sibley describes her gratitude for “yummy, yummy” roles, citing Cinderella and Manon.

How such roles are created is scrutinised. Seymour conjures Frederick Ashton as somebody who spoke in images that danced in front of her. Nowadays, instead of really involving the dancer on whom they are choreographing, MacLeary observes how choreographers – “all of them” he says though he names Ashley Page and Wayne McGregor – create on their own bodies to the detriment of the dancer’s contribution. Currently, thinks Seymour, ballet “is not worth looking at.”

Nor is the book any more encouraging when these dancers talk about audiences. Ballet-going confers a badge of social status, says Ashley. The public do not like ballet, Kelly contests. He believes that ballet is a turn-off for the majority of people, old-fashioned, stiff and unrepresentative of today’s world – popular only with middle-class, middle-aged women.

That’s not the view of everybody that Newman has talked to. Beryl Grey applauds programmes such as Strictly Come Dancing and Wayne Sleep’s television work for creating a broader appeal for dance. DVDs of dance performances are hotly debated. Are they helpful or not to dancers learning a role? The debate is thrown into perspective by Alicia Alonso revealing she only ever studied lithographs from the 1800s as inspiration for her classic roles.

All of Newman’s subjects believe that classical ballet can have an enduring power that transcends fashion. While some of the views expressed here may not chime with your own, the fascination of this book is to understand how contentious maintaining and developing ballet as vibrant theatre often is. Newman lets dancers speak for themselves – and that is a great gain to dance history. 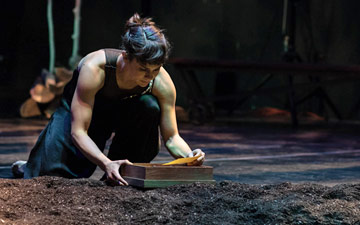 Liss Fain Dance – A Recomposition: I Don’t Know and Never Will – San Francisco 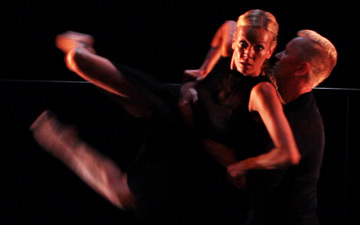