Sunday’s gala evening of music and dance raised money for the charity Ashanti Development, set up at the request of Ghanaians living in London: they asked their friends and neighbours for help to improve the lives of people in their home villages. This year’s gala was produced by Rosie Neave and James Wilkie, with the performers and stage crew giving their efforts for free.

In  the intimate setting of the 400-seat Britten Theatre, simplicity worked best. Even The Dying Swan, so often performed as a histrionic gala staple, was danced with poignant sincerity by Elena Glurjidze. Lauren Cuthbertson was spellbinding in the Pie Jesu from Kenneth MacMillan’s Requiem. She and the lovely young singer on stage with her, Rowan Pierce from the Royal College of Music, seemed linked together by Fauré’s music, sharing the same breath.

Yuhui Choe was poised and charming in Aurora’s variation from Act I of The Sleeping Beauty, and endearing in the pas de deux from Ashton’s Rhapsody, snuggling under Valentino Zucchetti’s outstretched arm. Beatriz Stix-Brunell was partnered by Nicol Edmonds for a reflective pas de deux from Christopher Wheeldon’s Polyphonia, calm and secure.

Two duets were created for the gala: by Ludovic Ondiviela. Clair de Lune, danced by Gina Storm-Jensen and Reece Clarke, both artists with the Royal Ballet, was pleasantly romantic. Avant la haine was quite other: Thomas Whitehead and Camille Bracher started as ardent lovers, he cradling her, she kittenish and affectionate, until their relationship turned stormy, she demanding more than he was prepared to give. Set to disquieting music by Icelandic composer Olafur Arnalds, the disintegrating relationship was punctuated by repeated motifs whose emotional impact kept changing. Far from simple, it’s a piece to be seen again – I trust.

The evening included Edward Watson in Arthur Pita’s new solo for him, Volver, Volver, first seen in Ivan Putrov’s Men in Motion; Marcelino Sambé in Kim Brandstrup’s buoyant Ceremony of Innocence; Elly Braund and James Muller in a duet from Richard Alston’s Unfinished Business; David Trzensimiech, about to leave the Royal Ballet, appeared for possibly the last time in a trio from Wayne Mcgregor’s Chroma, along with Paul Kay and Luca Acri. Mezzo Maria Jones sang one of Wagner’s Wesendonck Lieder in a magnificent dress and cape. Musical contributors were pianists Henry Roche and Oliver Davies, violinist Robert Gibbs and cellist Adrian Bradbury. 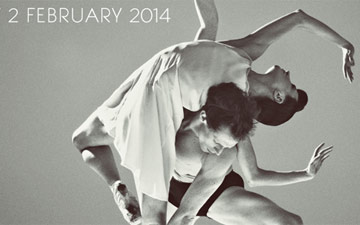 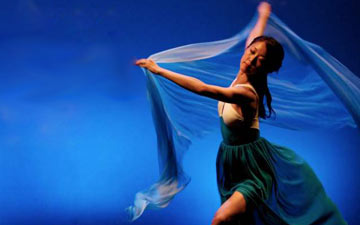