The Royal Ballet’s production of Sleeping Beauty, now eight years old, has been tweaked and nudged over several runs into a serviceable and mostly satisfying shape. There are still some elements of the staging which don’t work but they’re compensated for by improvements elsewhere, and the costumes are far more lively and interesting than Peter Farmer’s first, politely pastel conception. Now it’s over to the dancers to bring the ballet to life by exceptional performances of grace and beauty and spirit..

So from the opening matinée, thanks and admiration to Francesca Hayward for a blithe, swift Songbird Fairy, probably the most pleasing I’ve ever seen; to Elizabeth McGorian for a vividly convincing Carabosse, alluring but also spiteful enough to provide the thread of real evil the plot requires; to James Hay for his debut as the Bluebird; and to Bennet Gartside, yet once more, for turning stereotyped minor characters into real people.

And much admiration to Lauren Cuthbertson too. This is the third leading role I’ve seen her do since she returned from injury at the start of the season, and though I think Aurora suits her much less well than Juliet or Giselle, it’s rewarding to watch how an intelligent dancer can shape a role to accommodate her own character. I think she could actually do even more: her keynote seems to be sense rather than sensibility and she could let that flavour her first encounter with her suitors, making the Rose Adagio into a genuine pas d’action rather than a trial by balancing on one toe. Her cool approach matches her line – very simple and unadorned and very pleasing to the eye – and I particularly enjoyed her Act 1 solo, so clearly set out and strongly executed.

Her partner was Matthew Golding, making his first appearance as a Royal Ballet principal some weeks ahead of schedule in order to replace the injured Rupert Pennefather. It’s hard to judge a dancer from seeing him in a role which makes little demand on his acting ability: who can tell if the rather placid Prince we saw was Golding’s conception of the role or his own character? But he is evidently a strong and reliable partner and his solo in Act 3, whilst not in the virtuoso class, was reasonably well danced. For the rest, we must wait and see.

Some of the rest of the dancing fell somewhat short of my hopes. A whole string of the most talked-about young women in the company tried out the various fairy solos, but too often the character and spirit we’ve seen from them in other roles was hard to detect, and ‘dancing’ had disappeared under ‘doing the steps correctly’. Akane Takada’s Princess Florine was strongly danced but lacking in colour, and Melissa Hamilton, already an established soloist, is miscast as the Lilac Fairy. She comes across much more strongly in dramatic roles and particularly those in which she has a partner to react to: here, she looked stretched by her solo and simply didn’t radiate the strong beneficence needed to break the power of evil.

So that was, let’s say, a quiet start to the run of this very demanding ballet: there are 7 more Auroras to come, and no doubt countless permutations in the supporting roles, and as usual I hope that somewhere along the line all the required elements will fall into place and this Sleeping Beauty will come properly and excitingly to life. 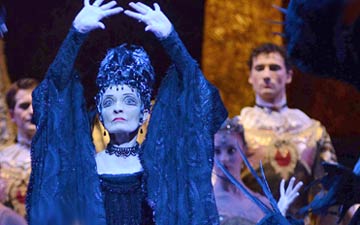 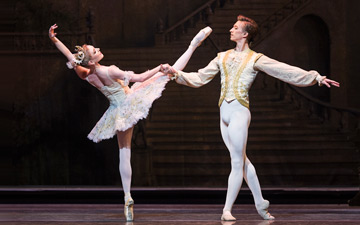 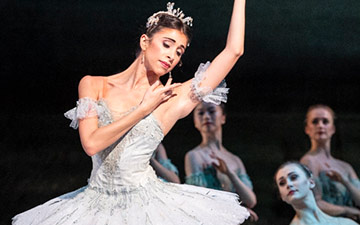