Mark Bruce’s latest creation is The Odyssey; touring the UK shortly, it just received its premiere run at the Merlin Theatre in Frome (Somerset), where Mark Bruce lives and works. Unfortunately a tragic injury on the preview evening meant that the first official show, the one I travelled to see last Friday, was all changed. It was Jonathan Goddard, one of the 4 leads in Odyssey, who broke his foot and is now in plaster for a few weeks. Small contemporary companies don’t run to covers and Mark Bruce was in a position no creative ever wants to be in – 2 sell-out performances immediately due and a leading man down.

But the show goes on, as they say, and Bruce amended the choreography to suit the dancers he had. This week a replacement for Goddard should be arriving and some rapid rehearsals will see the Odyssey, as originally conceived, ready for touring. Time is short: it opens in Bristol this week and has a 4-week run at Wilton’s Music Hall in London starting on 23 February. Of course we all hope that the charismatic and award-winning Goddard mends soon, bounces back and makes as much of a mark in Odyssey as he did in Mark Bruce’s Dracula.

All up, I was seeing a show that was re-architected on the day and I’m not sure how helpful it is to say lots in such circumstances. Brief impressions seem the order of the day and luckily Bruce’s episodic approach to storytelling perhaps lends itself to changes – forced or otherwise.

The Odyssey is based on Homer’s famous poem about the long sufferings of Odysseus and Penelope, his wife. After 10 years of Trojan War it takes Odysseus 10 years to return home, through many trials and tribulations. Penelope has her own trials as it is widely assumed Odysseus must be dead and suitors are after her and the crown.

Greek myth it may be, but the poem has all the timeless ingredients of a gripping story – deceit, naked ambition, violence and love – and Bruce’s telling, which is not slavish to the poem and characters, slips between the world of Homer and the modern day. He introduces 4 generic characters – Immortal Man and Woman and their Mortal equivalents. Immortal Man was Johnathan Goddard’s character and so hard to talk about. Immortal Woman was danced by Eleanor Duval who observed and supported the action as if from another dimension – one of the gods on high, playing with those below. Odysseus is danced by Christopher Tandy who looks every inch the tired warrior, if never outwitted and always rising to the occasion of one more sword fight when needed. Hannah Kidd, the ex-Richard Alston dancer is Penelope, steadfast if troubled and tenacious in heading off those who want her. Fully staffed there are 11 dancers involved and, like Matthew Bourne, Mark Bruce surrounds himself with stunning dance communicators.

Odyssey is told in typical Bruce fashion with an inventively unfolding set – part time portal, part epic doorway and long-boat – striking costumes (both modern and of the period) and a soundtrack varying from stark Spaghetti Western guitar, through choral, Tom Waits, Mozart, Bach, Sonic Youth and more – 31 numbers are listed. I don’t know what I missed, nor can I say that I got it all, but I do know that what I saw tantalised and enthralled me.

At the start of the evening Nick Sweeting, the show’s producer, told the audience the difficult position they were in, indeed said the show might not run its full course if the changed, and not really fully run, version proved dangerous for the dancers. And at the end a genuinely appreciative audience clapped long and hard for an entertaining night. Although it was a 5-hour round trip I’m glad I was there and look forward to seeing The Odyssey in more auspicious circumstances. But even a man down Mark Bruce can excite your senses like few others in contemporary dance theatre. A huge well done to the company for rallying around and putting on a show. Onwards and upwards from here and we look forward to reviewing in London. 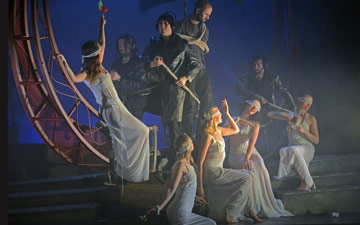 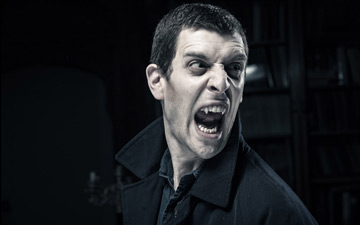 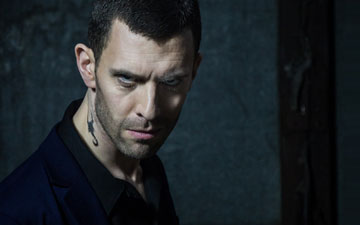